Nothing like meatloaf on a Monday! I got the idea for this recipe from the January/February 2014 Cooking Light magazine. They had a recipe for a mushroom meatloaf and mentioned that halfing the meat, and replacing it with mushrooms is a great way to cut calories and fat.

What a great idea! Since meatloaf is easily made Paleo, I decided to transform their recipe into a Paleo version. And it turned out really delicious! Earthy mushrooms, fresh thyme, and sweet honey-tomato sauce are the perfect companions for this meaty dish. 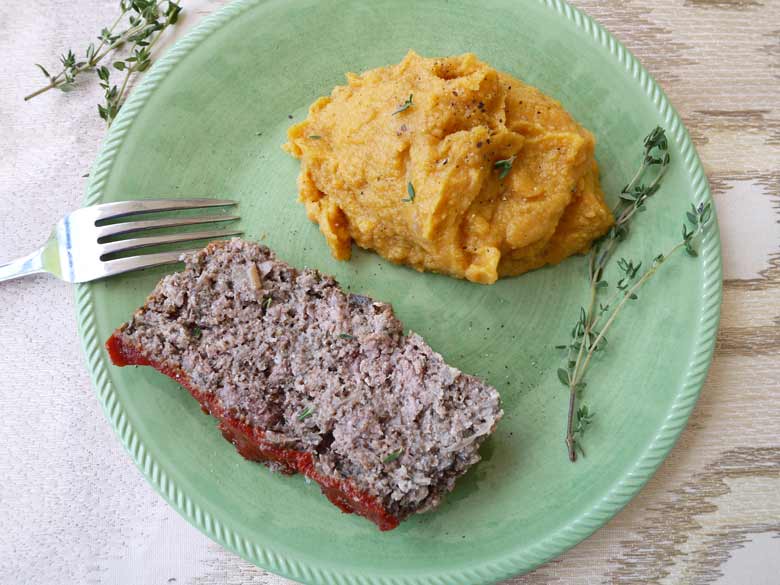 I tested this Paleo Mushroom Meatloaf recipe out with friends, and after having their seal of approval, I decided that this needed to be posted here.

Speaking of good…I have already made this 3 times! haha…

I like doubling the recipe so that I have two meatloaves for the week. Having a bunch of pre-made lunches or dinners in the fridge really saves me time. 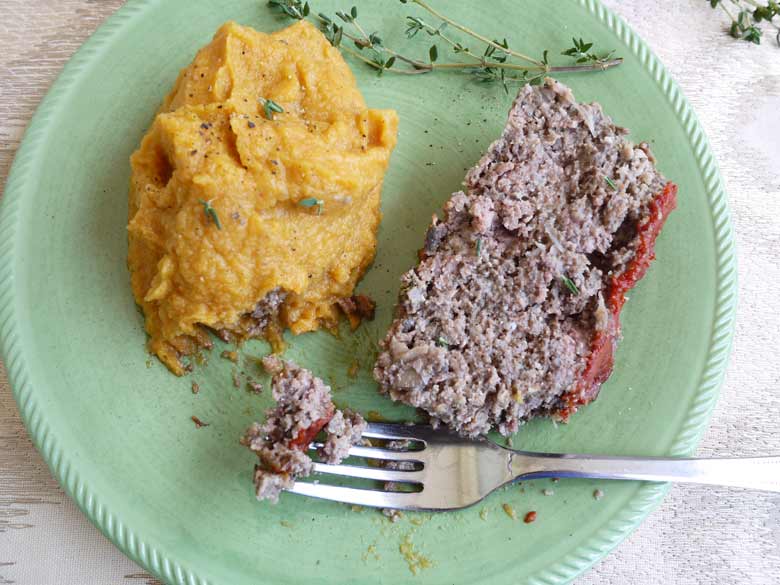 I prefer cooking this meatloaf in an 8×8 glass square dish. It cooks more evenly and is easier to cut and scoop.

But it also works great in the traditional loaf tin that meatloaf is normally made in, which is pictured here. 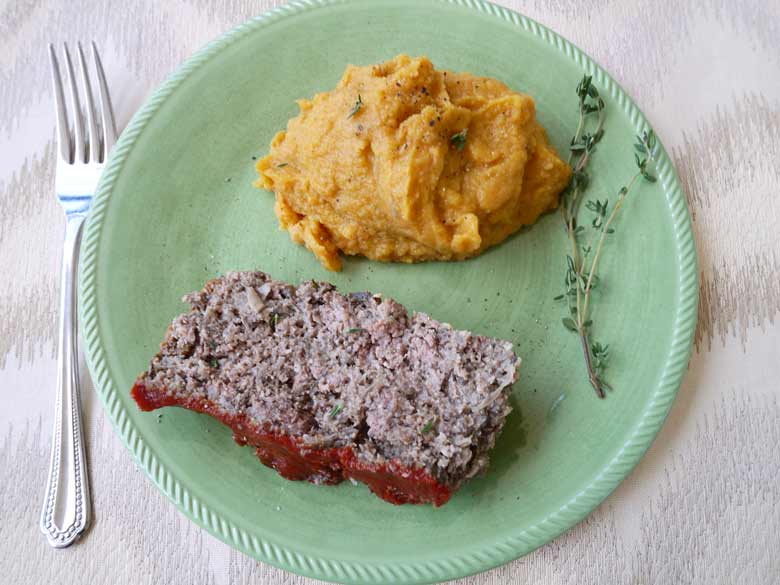 This Paleo Mushroom Meatloaf is great with “mashed potatoes”– aka a mix of sweet potato and cauliflower.

I sliced two medium sweet potatoes into thin slices. I then cut up one small head of cauliflower. I put both in a large pan of boiling water for 14 minutes.

I added a splash of coconut milk, 1/2 tsp salt, 1/2 tsp pepper, 1/2 tsp garlic powder and blended it until it was all mixed well. And voila, Paleo mashed potatoes that go perfectly with meatloaf! 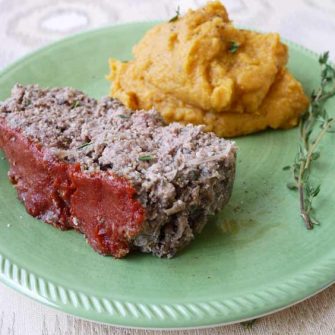