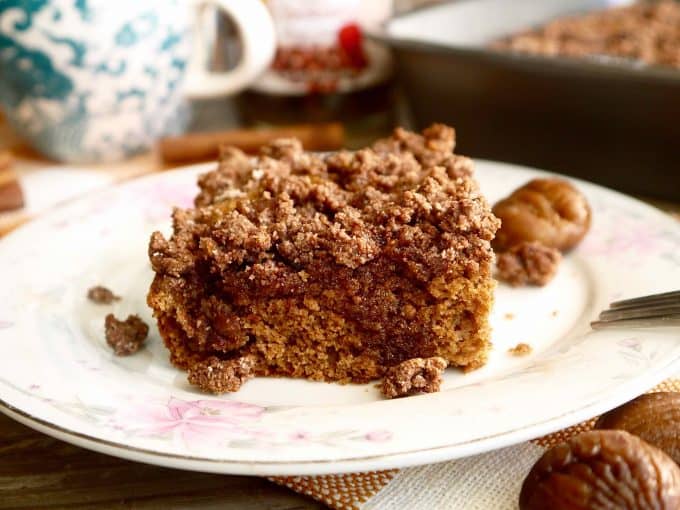 This Chestnut Flour Coffee Cake is A-M-A-Z-I-N-G in a Paleo cake with real cake texture, crispy outside soft on the inside, chestnuts roasting on an open fire sort of way. It is my favorite coffee cake that I’ve ever made. Seriously!

I’ve even had lots of chestnut snacks and cakes during the holidays because my mother loves them and finds that they remind her of Europe. Without fail, we have Panettone in the house from Thanksgiving to Christmas.

But I had never thought to bake with chestnut flour until now! 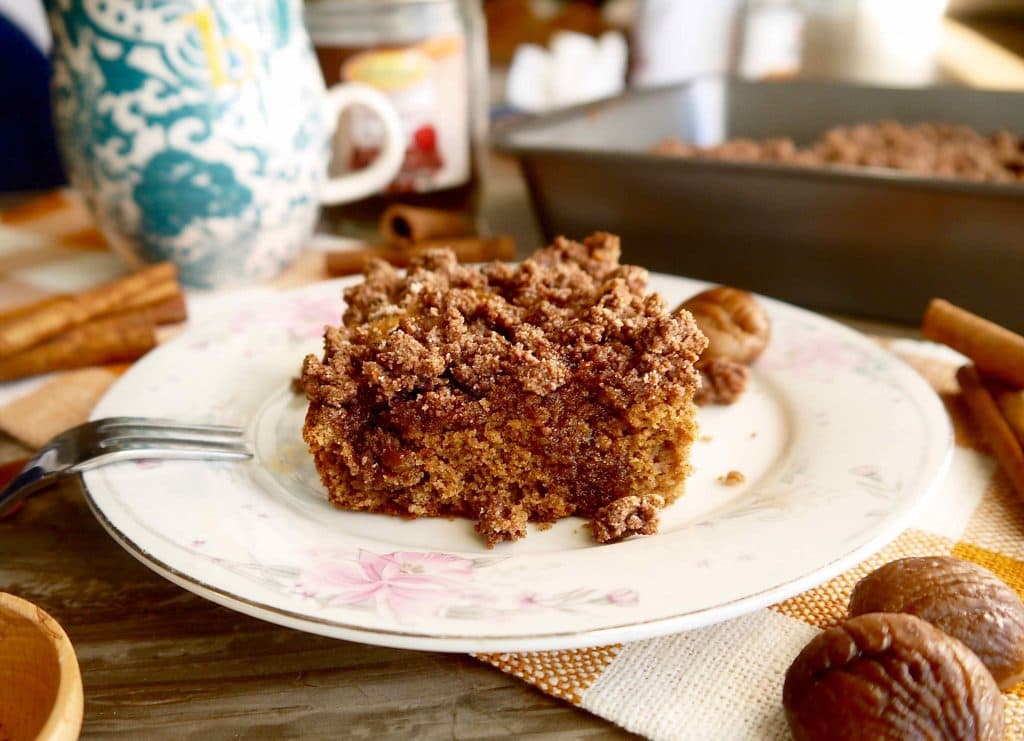 I love this Paleo Chestnut Flour Coffee Cake because it’s full of cinnamon and it has a nutty sweetness to it from the chestnut flour.

Which makes me think all coffee cakes need this nutty sweetness.

It also has a great cake texture, also from the chestnut flour…. and it is topped with a wonderful crumble topping made out of maple syrup, cinnamon, almond flour, French steamed chestnuts and coconut oil. It’s delightful.

Please note: coffee cake doesn’t have coffee inside of it! I get this question a lot. A traditional coffee cake is a cake that is eaten with coffee.

I knew this in the past because I have eaten a lot of coffee cake in my day, but after being asked this question so often, I felt like I needed to mention it. 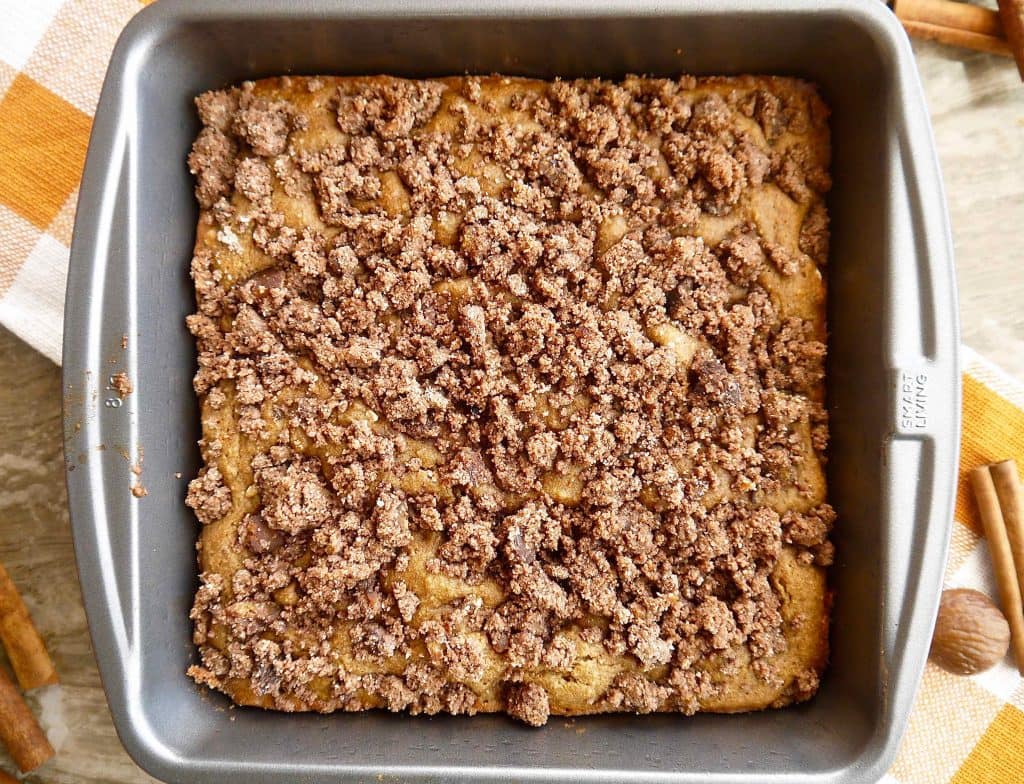 Just a tip! Make sure you have chestnut flour and steamed chestnuts in advance. These tend to be ingredients that most people don’t have in their homes on a regular basis.

I hate starting to make a recipe and then realizing I don’t have what I need to make it.

I think Chestnut flour needs to be on your radar if you like to eat and bake Gluten-free or Paleo,  or just like experimenting with clean flours.

It’s a bit sweeter than other flours, but it is much lighter in texture than almond flour and less absorbent than coconut flour.

Which results in a more authentic cake texture.

( I get my chestnut flour from Nuts.com) 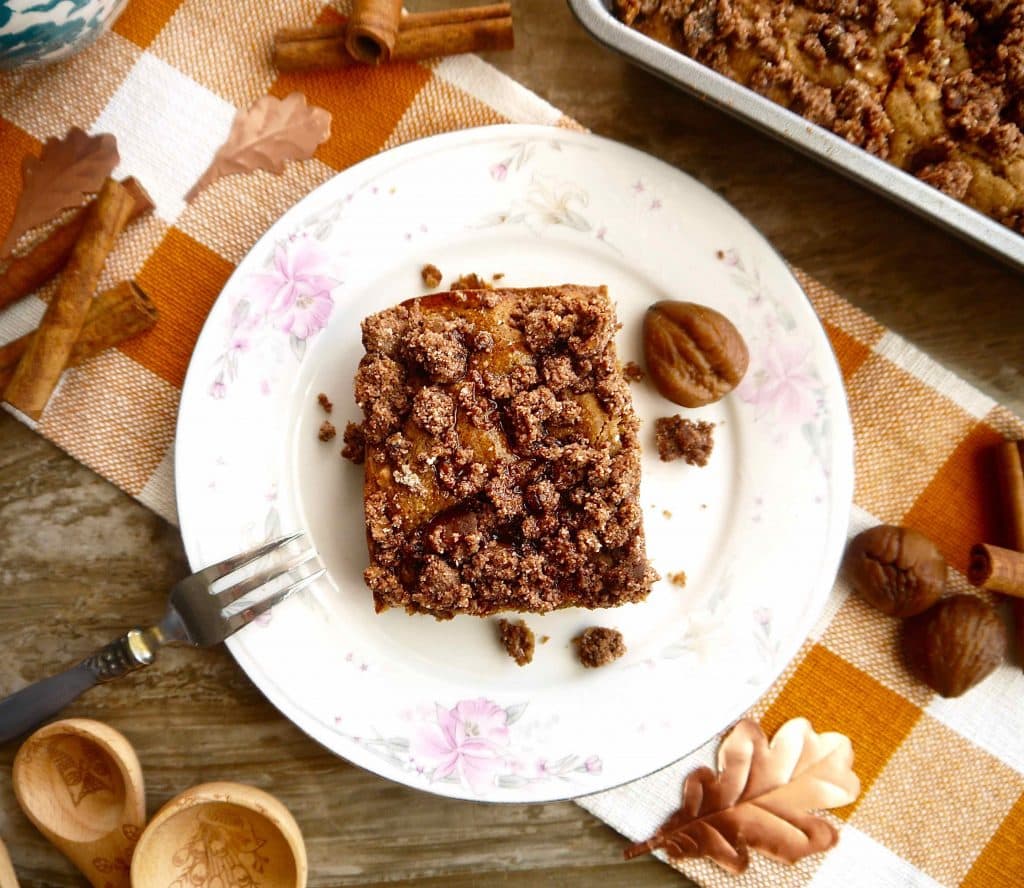 How to make this Paleo Chestnut Flour Coffee Cake: 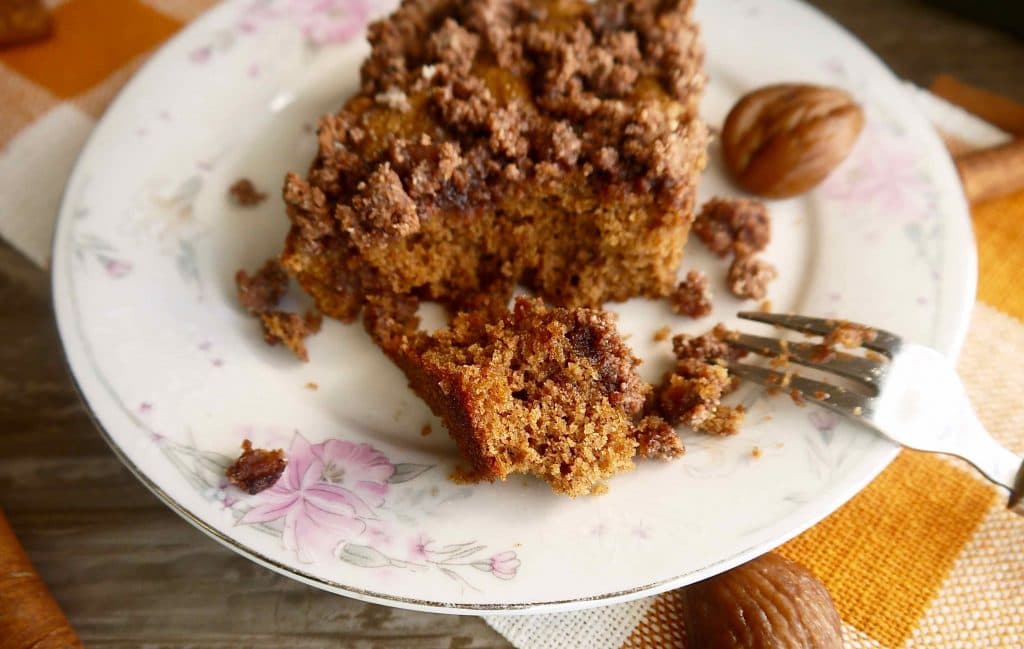 Just look at that coffee cake texture and the crumb topping! NOM. This has to be my favorite coffee cake that I’ve ever made. It’s great in the winter when it is chestnut season but it is honestly great any time of year.

I hope you enjoy it!

Other Paleo Coffee Cakes you may enjoy: 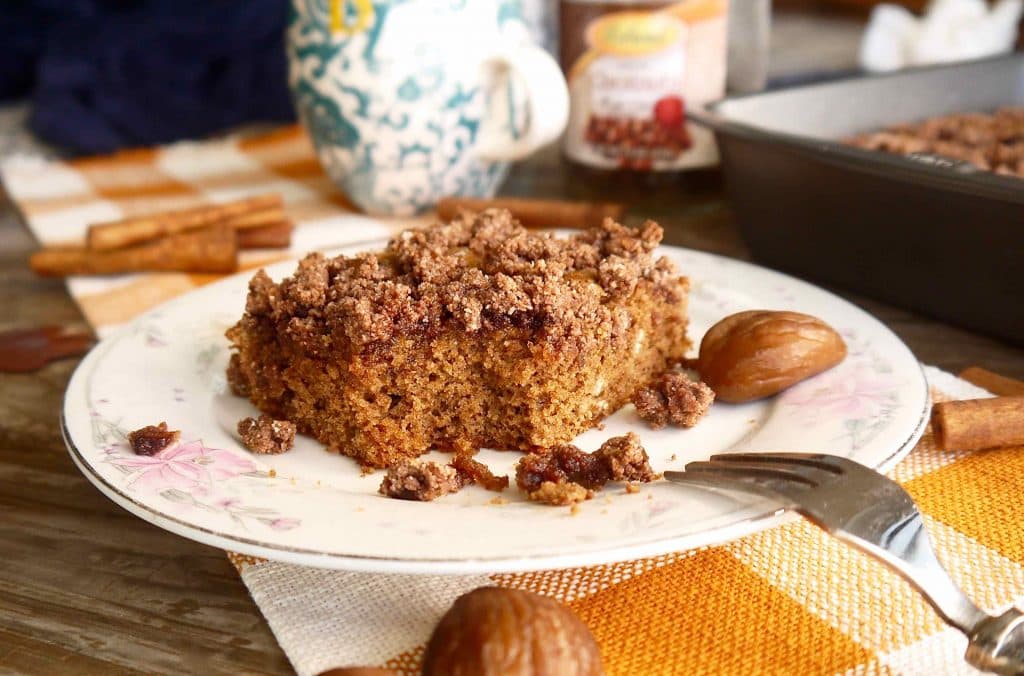 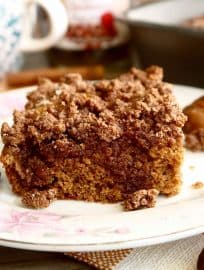