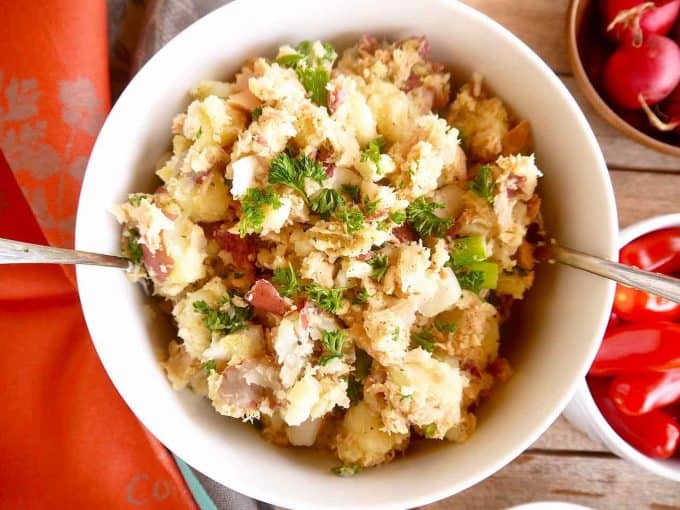 This French Potato and Tuna Salad recipe is my take on a French potato tuna salad that I grew up eating. My mother would make it often for our school lunches, and we would always make a big batch of it when visiting my grandparents in the North of France.

It’s a simple yet healthy recipe which consists of cooked potatoes mixed with onions, lots of canned tuna fish, and a delicious french dressing made with tarragon vinegar, dijon mustard and herbes de provence.

It’s refreshingly delicious, and it just so happens to be naturally Whole30 compliant, grain-free, gluten-free, and Paleo. 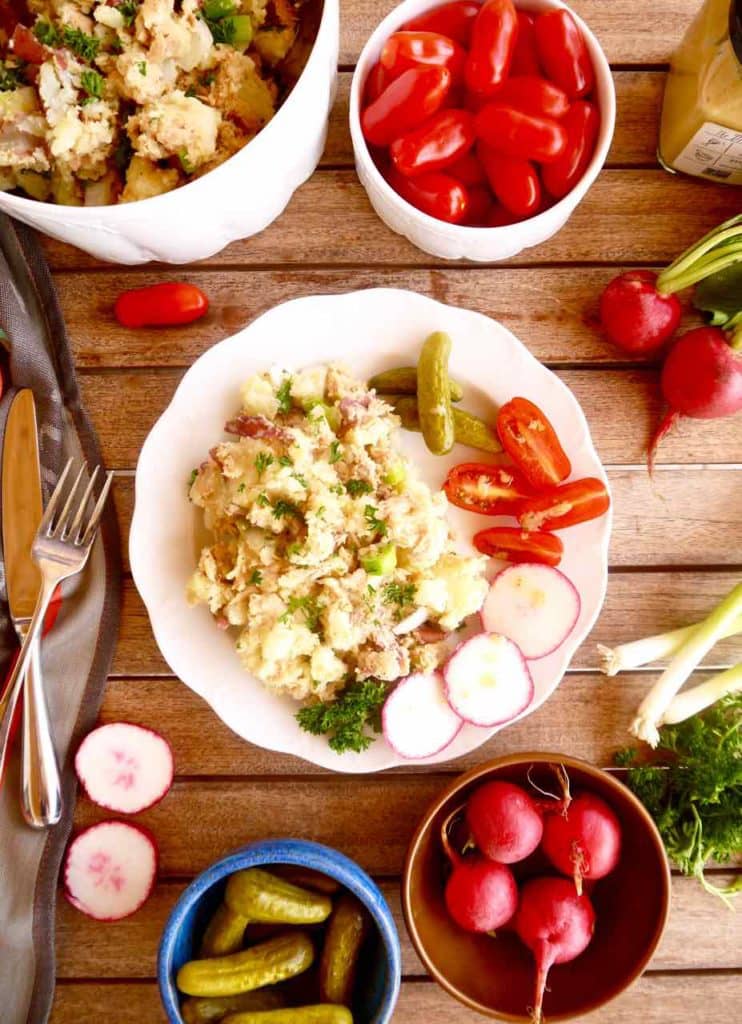 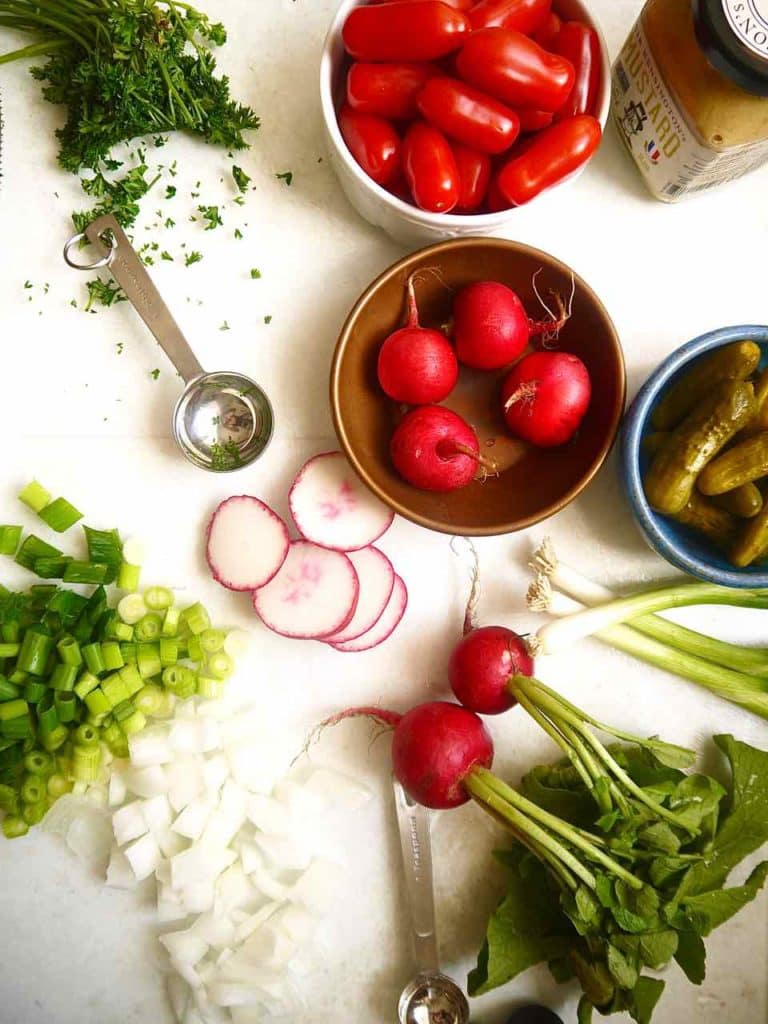 How to serve it

This salad is SO good warm. You can eat it warm as soon as you make it.

Or if you prefer it cold, put it in the fridge first. I personally love eating it warm when it is first made and then cold as leftovers.

Oh and you have to add some complimentary veggies to your plate to serve this potato salad with. It tastes great with tomatoes, radishes, pickles… and really any veggie of your fancy.

One thing worth noting is that the flavor of this salad comes from the dressing. Make sure you are using Tarragon vinegar, dijon mustard, herbes de provence, and fresh parsley when you make it… it really makes a difference with the taste!

BUT if you don’t have tarragon vinegar, apple cider vinegar works great. I also have used dried parsley with good results. And if you dont have herbes de provence, use a sprinkle of basil, rosemary and thyme instead. 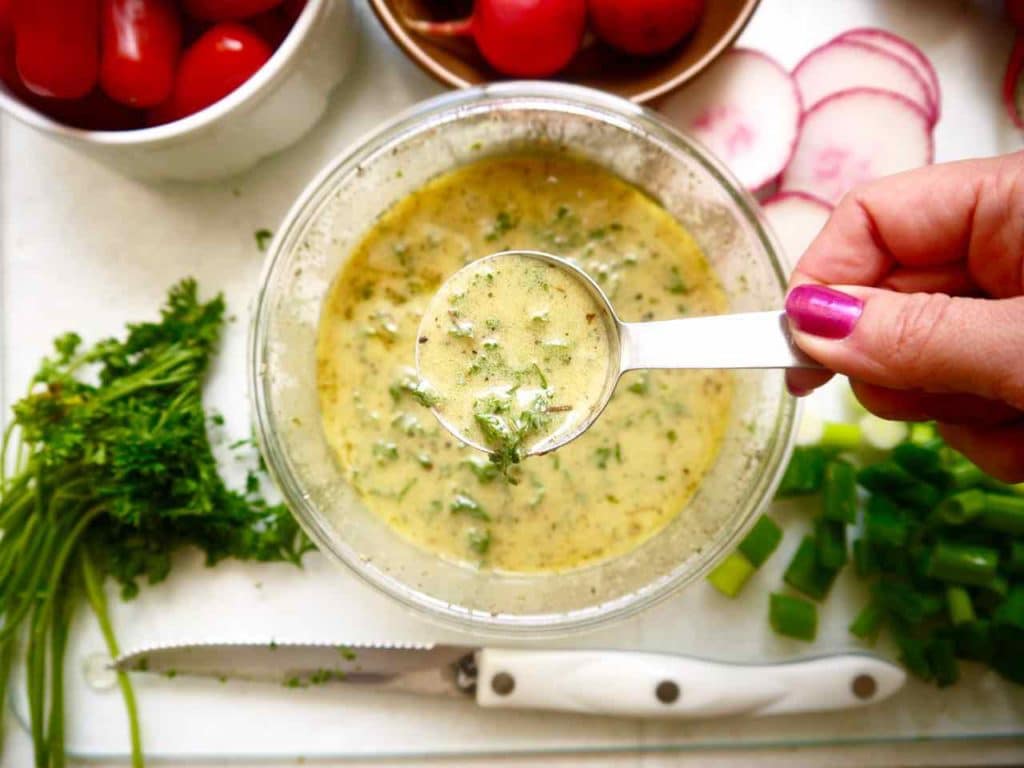 Are Potatoes ok to use here?

This recipe is made with regular potatoes which have become accepted in the Paleo community.

They are 100% Whole30 compliant because, as the Whole30 program says, they are a “whole, real, nutrient-dense food.”

How nutrient-dense are they? Well according to PaleoLeap, one white potato has 70% of your vitamin C needs and 25% of your potassium needs for one day.

I’ve read debates on whether potatoes are Paleo and I personally think it all comes down to personal opinion. I’m very much of the belief that if a food isn’t processed and it comes form the earth, it’s ok.

I have found it interesting to read various opinions on this and enjoyed reading the Are White Potatoes Paleo? article by PaleoHacks.

Anyways, since there are no processed ingredients in this French Potato and Tuna Salad and everything is as clean as possible, and as delicious as possible… I find it to be a great addition to any diet. 🙂 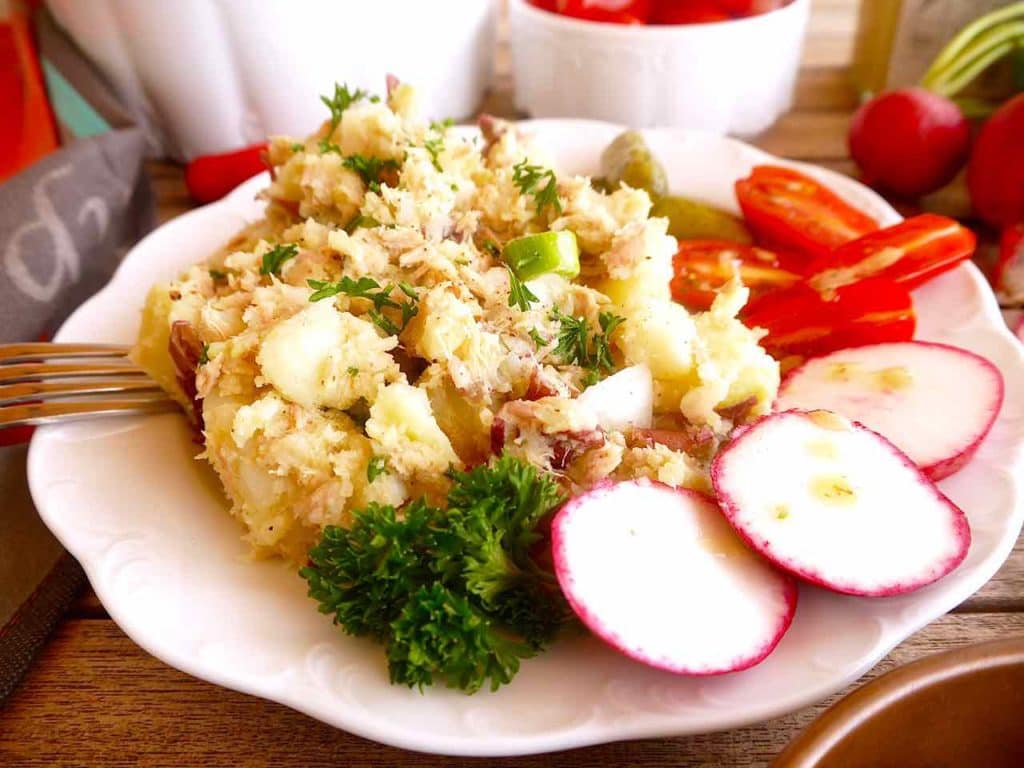 Other potato salads you may enjoy: 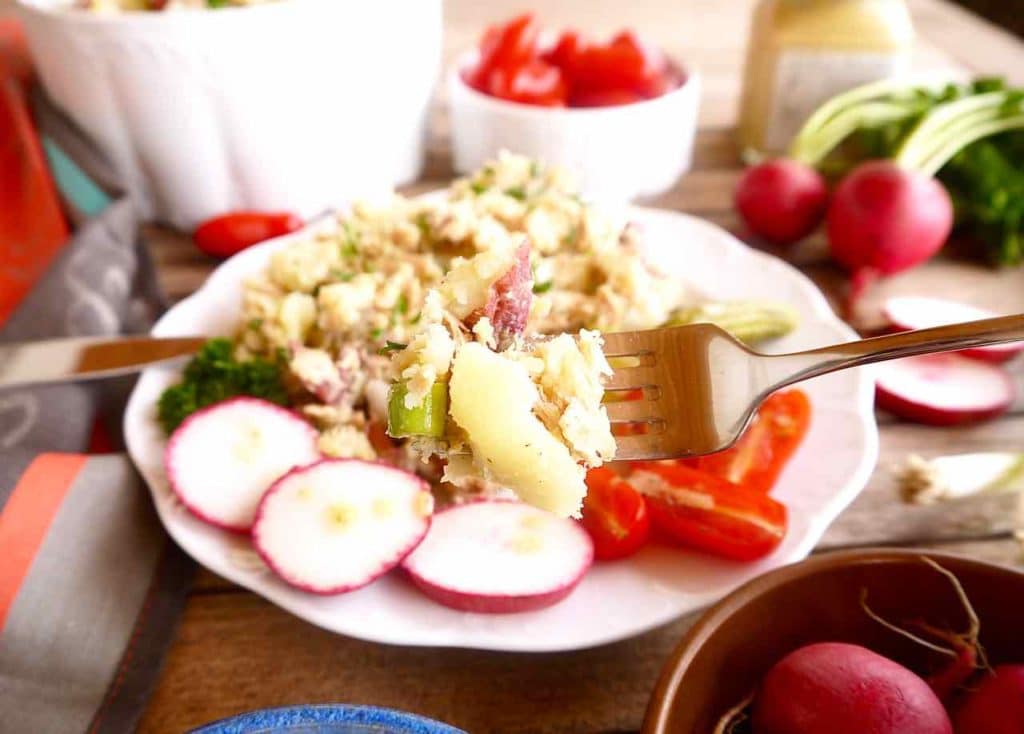 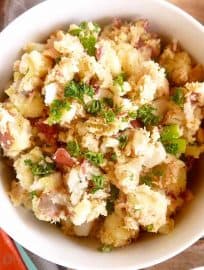 If you don't have tarragon vinegar, apple cider vinegar works great. Dried parsley works well instead of fresh. If you don't have herbes de provence, use a sprinkle of basil, rosemary and thyme instead.
Author: Dominique | Perchance to Cook