I’m thrilled to finally be posting a pumpkin muffin recipe! It has been a long time coming, especially since I love pumpkin bread so much.

Nothing says Fall quite like a deliciously spiced pumpkin bread, am I right? 🙂 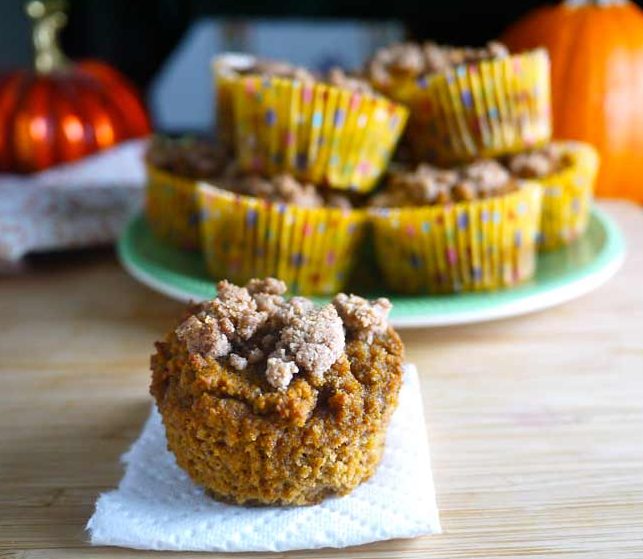 As my Instagram photos may show as of late, I have been recipe testing to come up with a good paleo pumpkin muffin recipe.

To be honest, I have been testing out paleo pumpkin muffin recipes for a while now.

And after many OK batches, I finally came up with a really really great recipe— these Paleo Pumpkin Streusel Muffins.

I say finally because it’s been a year since I began testing paleo pumpkin muffin recipes.

I wasn’t the biggest fan of the texture or taste of the first few batches.

I wanted muffins that tasted like the pumpkin loaves that I dream about! The ones from my childhood. 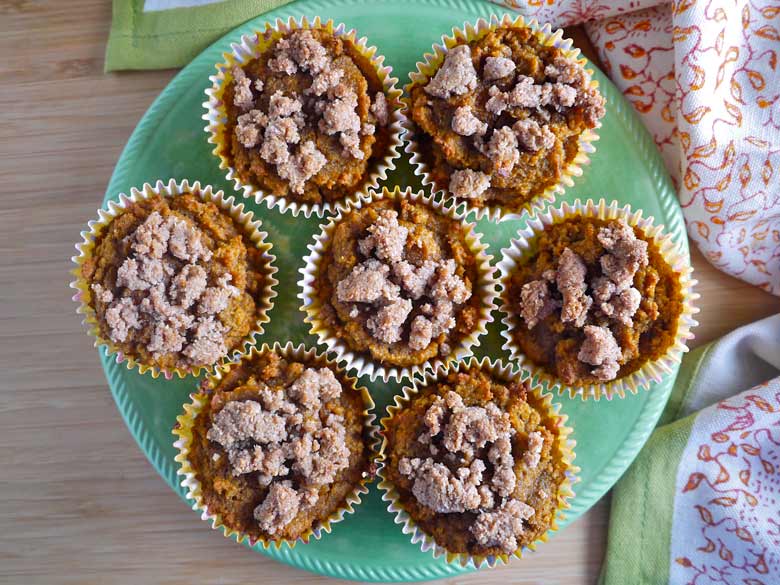 I totally forgot about my pumpkin endeavor until Fall rolled back around this year.

I determined not to let another year go by without making paleo pumpkin muffins that taste like my childhood favorite pumpkin loaf!

And thats exactly what these Paleo Pumpkin Streusel Muffins taste like… my favorite pumpkin loaf!! Yay! 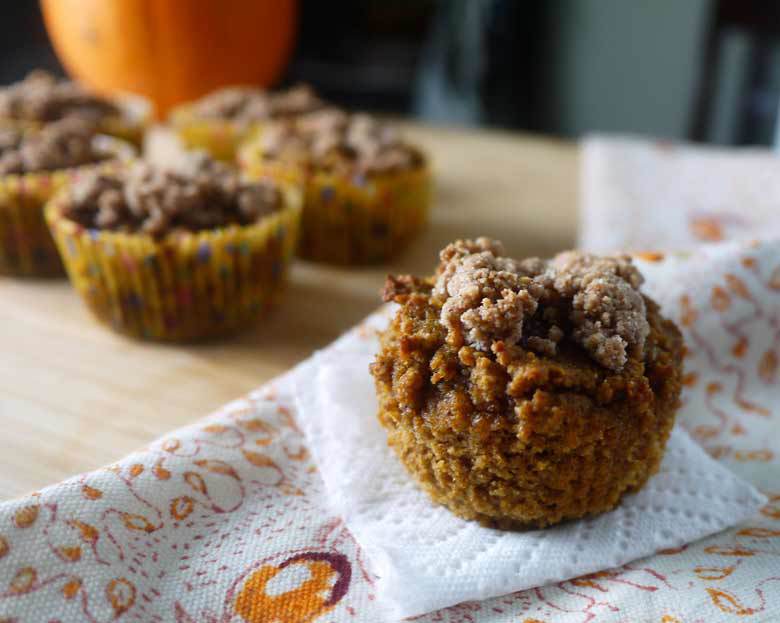 The only difference between these and my childhood favorite, is that these Pumpkin Streusel muffins are paleo, gluten-free and non-processed, double yay!

I know I may seem overly excited about this, but I didn’t think that it was possible. These Paleo Pumpkin Streusel muffins are moist and full of pumpkin flavor with cinnamon and nutmeg accents. They are just so good!

I’ve already made them twice and they disappear so quickly. 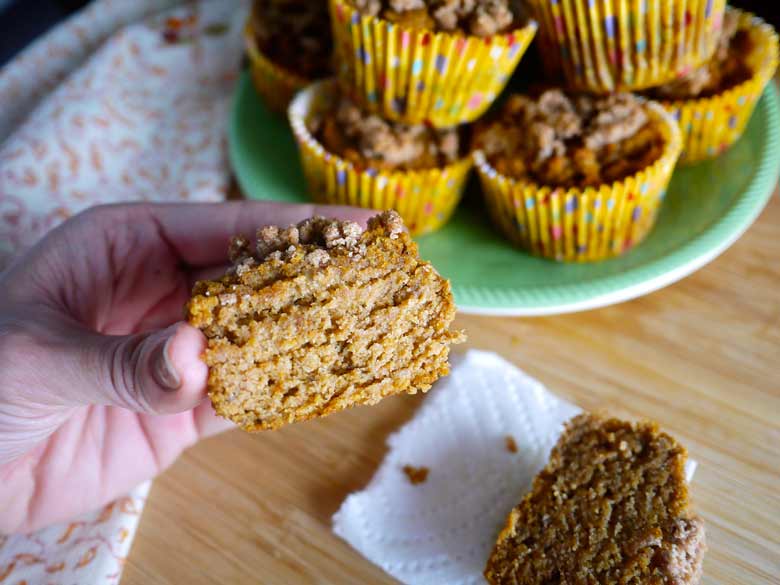 I’m thinking these will be great to turn into loafs as thanksgiving gifts! It’s so nice to give and receive something made with love, especially food.

What are some other homemade gifts that you like to give during the holidays? 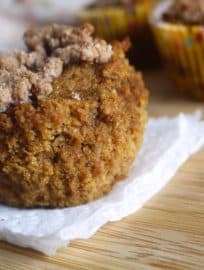 For the Pumpkin Muffins:

For the Streusel Topping:

Then make the Streusel:

Next, put the muffins in the oven: