I’ve had a massive craving for soup for the past week or so… maybe it isn’t so much a craving as it is a need to warm my bones. It has been so cold! Well maybe it hasn’t been thaaaat cold but I did just visit my parents in Florida for a week over Easter and I think my body got used to the warmth rather quickly. 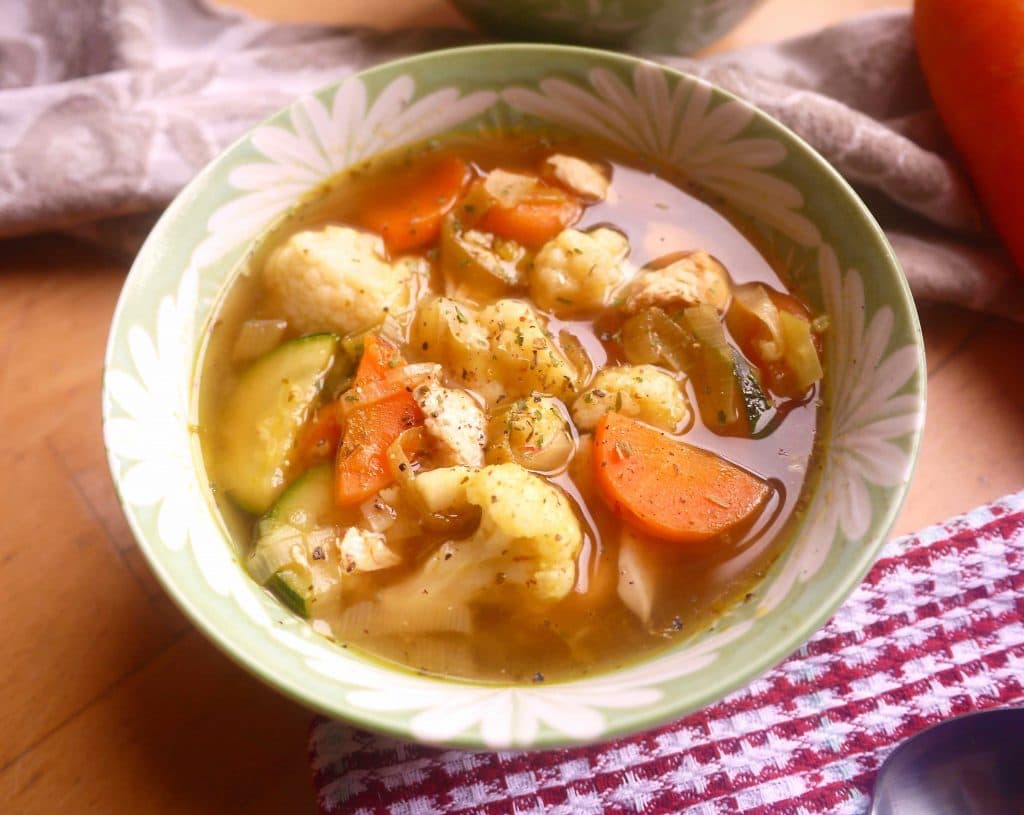 Because of this craving, I went to the local corner store and looked for ingredients that would work well for soup… leeks popped out at me, as did cauliflower and zucchini.

And so I made myself a warm tasty soup for dinner. It was so delicious, though, that I wrote down some quick notes, re-bought all of the ingredients, and made it again so that I could take down better notes and share the recipe!

I never really had an opinion on leeks until now.

My sister always tells me how much she loves them and after this recipe, I have certainly changed my tune. They add a sweetness to the soup that is just too good. I can’t wait to add them to everything now because caramelized leeks are heavenly! 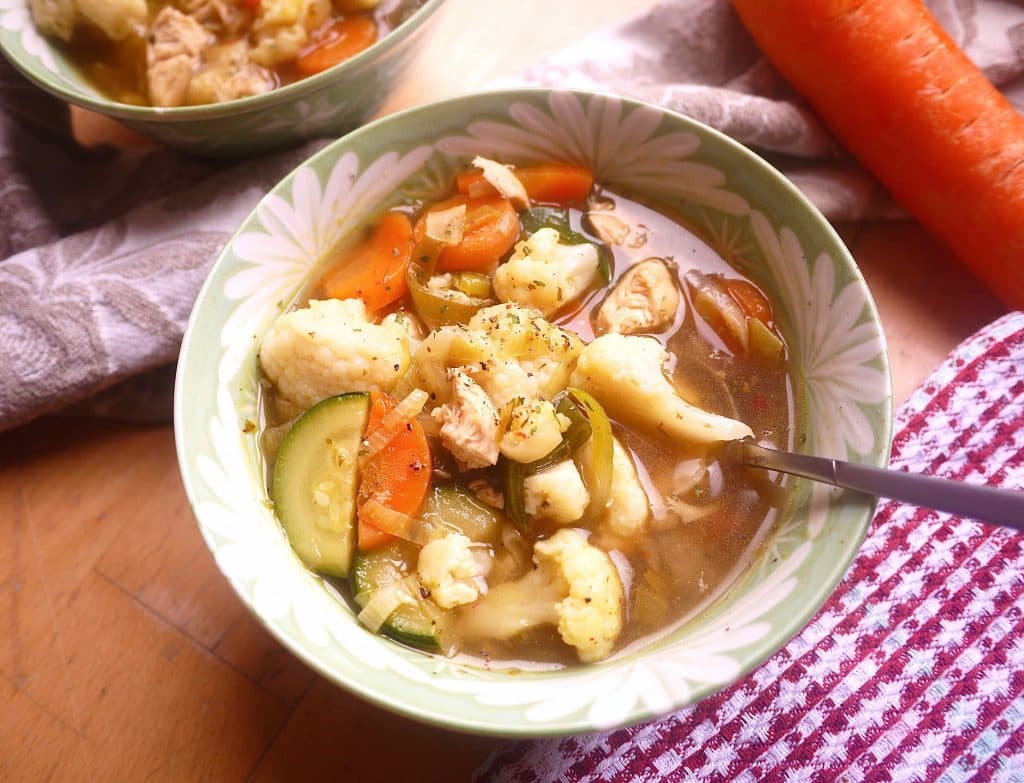 For this recipe, you’ll need a soup pan and a frying pan, and you’ll have to do some multi-tasking, but it’s super easy.

In the soup pan, cook the onions and leeks together, add the carrots, and then add chicken broth and delicious soup seasoning (aka dried oregano, thyme, and parsley).

It is hard to find chicken bouillon cubes that are totally paleo, but if this is your only option, just make sure to read the ingredients to get the healthiest ones possible. 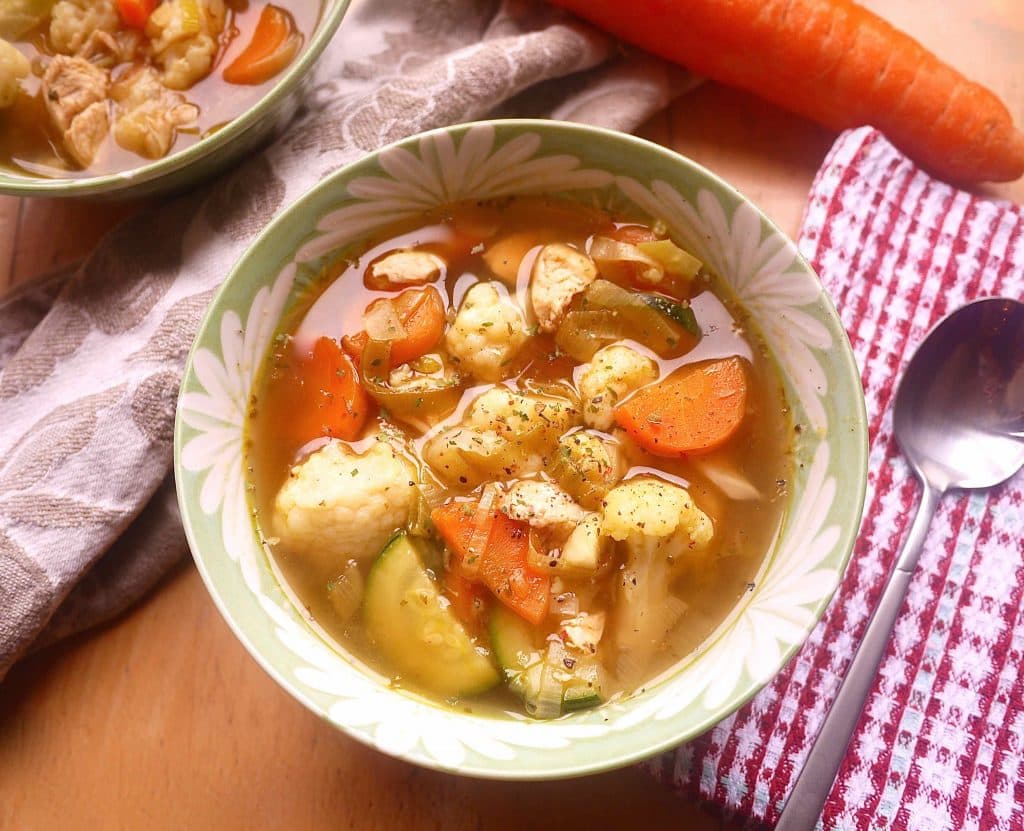 While the soup simmers, make your chicken! Cook the chicken tenders with sliced leeks, then take the chicken out and cut it into little pieces while letting your leeks caramelize a bit.

Mix everything back together, and put it all into the soup.

Add the cauliflower and zucchini to the soup and cook for 15 minutes. Easy enough and trust me, tasty enough too!

I love it because it’s a huge bowl of veggies with great chicken soup flavor. Enjoy! 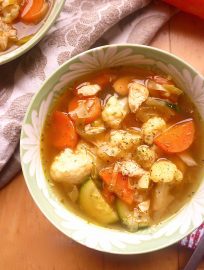