I have been wanting to make a paleo black forest cake for a while now. Something about the mixture of chocolate, whipped cream, and cherries is so irresistible to me! I have also been wanting to make my Fudgy Paleo Brownies and have not been able to stop thinking of all the delicious versions of them that I could make.

So I decided to combine my desire for black forest cake and my Fudgy Paleo Brownies together with these Black Forest Brownies. The combination was magical! Fudgy cherry-full brownies covered in a layer of Paleo Fudgy Chocolate Frosting, and topped with a dollop of coconut whipped cream. Delightful! And they are made completely of non-processed ingredients, even better! 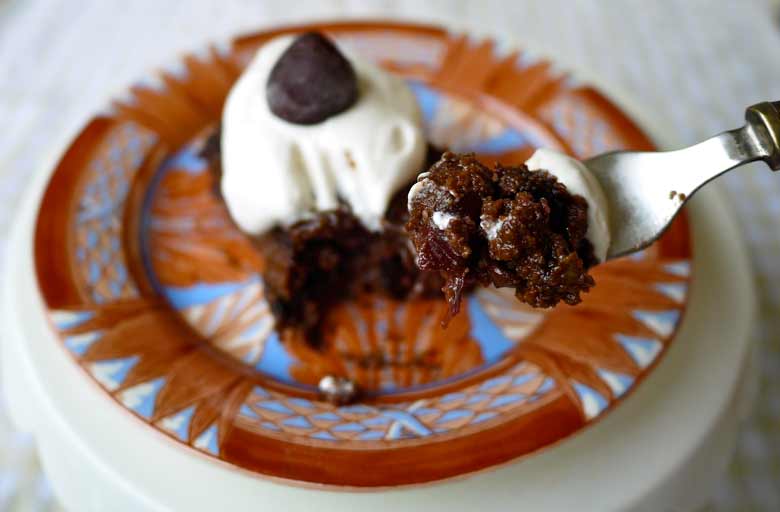 These Black Forest Brownies remind me of my trip to Hamburg, Germany. Isn’t that awesome how food can do that?

Maybe it’s just me because I love food so much, but many of my travel memories involve tasting local foods and restaurants and the adventures associated with it.

I had the most authentic Chinese food. I also had a ridiculously amazing Italian pizza and hands down the best steak ever at a Portuguese steak house. 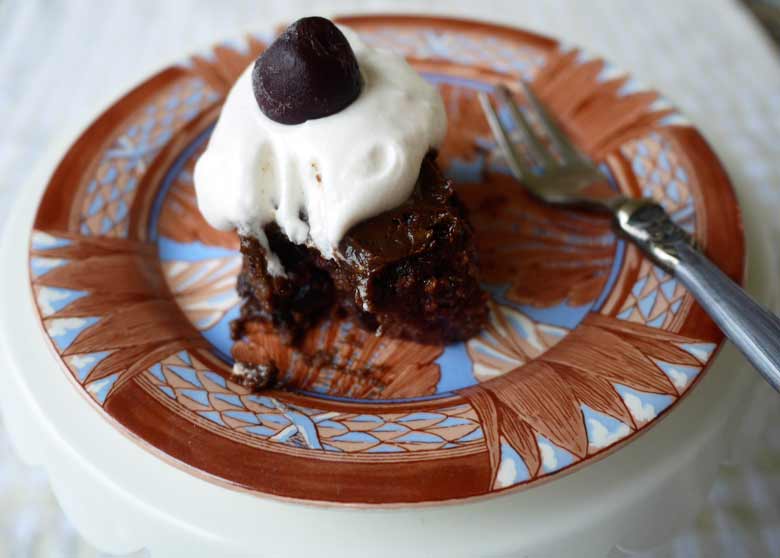 My boyfriend and I kind of went on a German Pastry binge that weekend in Hamburg. We bought them in grocery stores, bakeries, coffee shops, and even in a department store. Yes, a cafeteria in a department store had a ridiculous spread of delicious pastries. How could I not be tempted? It was really hard to not buy every pastry that I saw!

Towards the end of my stay I realized that I had not had any black forest cake in Hamburg. So we bought some from a small bakery and decided to eat it outside on a bench. We got lost during our search for a bench and ended up eating this cake in one of those little covered bus stops.
It didn’t matter that we were cramped and people were looking at us funny because that black forest cake was amazing! As we tried to find our way home, we stumbled upon the best little pancake place on the water. We ordered pancakes with homemade fruit coulis.
It was a perfect morning! And all of these memories were sparked by my eating these Black Forest Brownies! haha 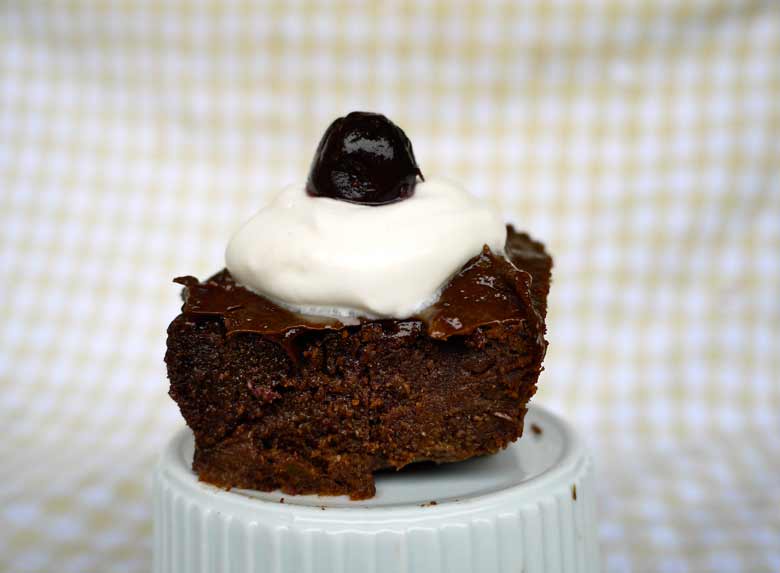 So back to these brownies. I wanted to make a nice layered presentation out of it, so I had to make sure that they were cool first. Since they are very fudgy, I put the pan in the fridge for an hour or two so that it would be easier to cut them.

I then made a batch of my Paleo Fudgy Chocolate Avocado Frosting and a batch of whipped cream. Which I finally figured out how to make more easily. The key is to put the can of coconut cream in the fridge, it whips easily this way and stays whipped even afterwards. I put my leftover whipped cream in a Tupperware in the fridge and was able to enjoy it for days!

I prepared each piece individually. I layered each brownie with some Paleo Fudgy Chocolate Avocado Frosting, then I topped each frosted brownie with whipped cream, and topped it off with a cherry. Fudge brownie, fudge frosting, and whipped cream …talk about delicious and indulgent!

I brought a little tuperware of this dessert to work everyday this week and let me tell you, it made my day… everyday. Especially because I knew these were made of non-processed ingredients, without flour or butter or chemicals… the ultimate paleo treat! 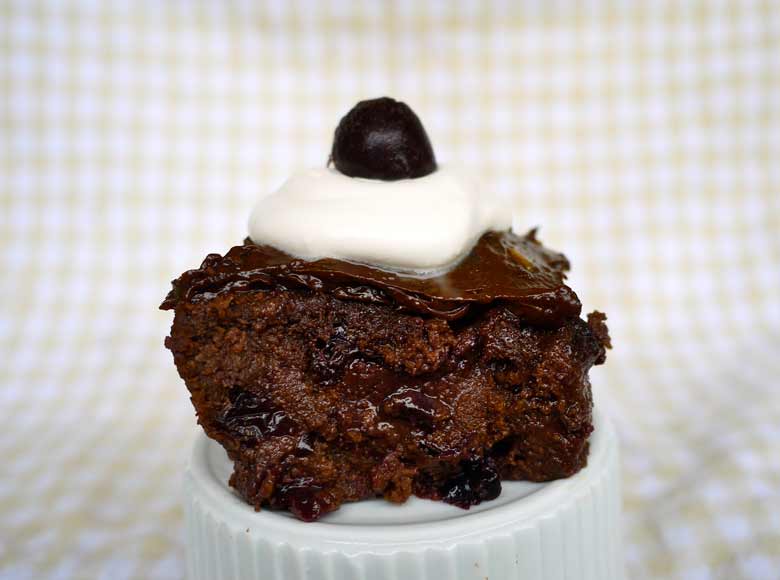 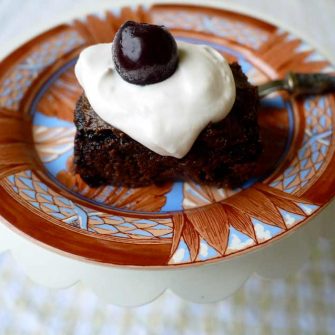