These Paleo Red Velvet Fondant Cakes are delicious pots of red velvet chocolate goodness for two! They are made with almond flour and coconut flour, which makes them grain-free and naturally gluten-free. They are also non-processed, which means that there is no red food-dye in the ingredient list, just some freshly juiced beet juice!

I had meant to post this recipe earlier as a Valentine’s day Paleo dessert option, but the truth is… red velvet isn’t just a one season dessert! 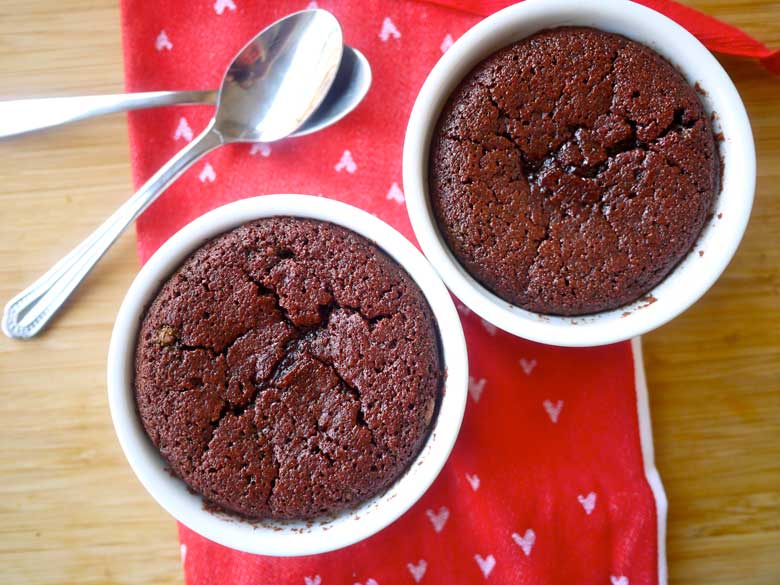 Before Valentine’s day, I was asked to do a guest post for Bakepedia. Which I was super excited about!

I wasn’t sure what to make, though. All I knew was that it would be Paleo.

After much thinking, I decided to attempt a grain-free version of red velvet cake.

It was something that I had never done before, so I was up for the challenge. 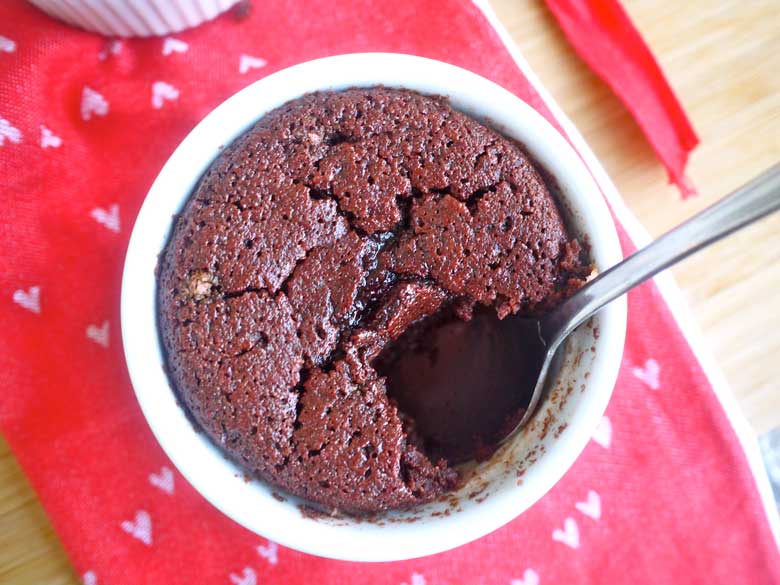 I tested MANY potential recipes.

In the process, though, I learned that beet juice isn’t enough for a non-processed red velvet recipe; you need some sort of acidity to turn the mixture red. 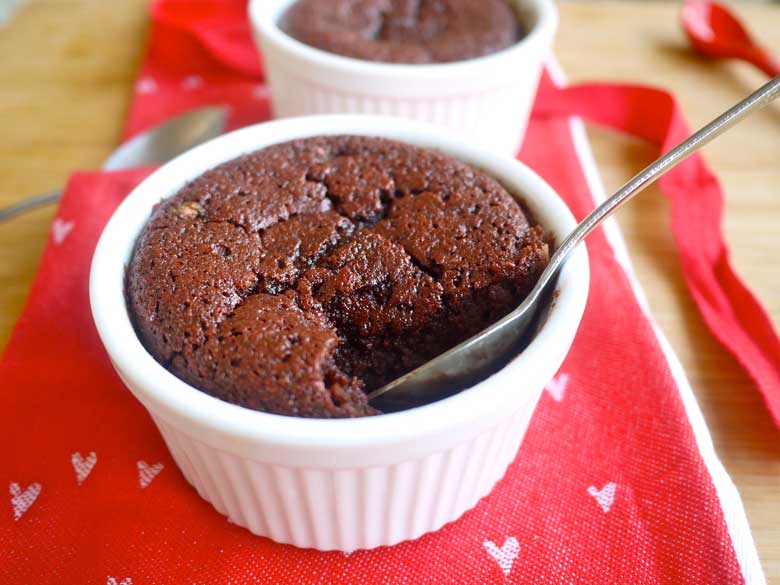 And in the mist of all that trial and error, I came up with some good recipes!

To get the recipe for these Paleo Red Velvet Fondant Cakes (for two), head to my guest post on Bakepedia or look below. I hope you enjoy it! 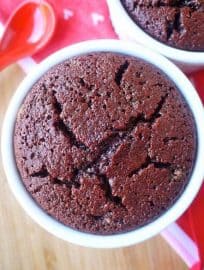