Paleo enchilada sauce has kind of been a game changer for me.

Ever since I discovered how easy it was to make, I’ve been making more enchilada casseroles and enchilada wraps than I can even remember. I mean, it’s really hard to pass up delicious, guilt-free, mexican-inspired food.

I honestly didn’t think it could get any better… until… I made these Paleo Enchilada Stuffed Peppers. 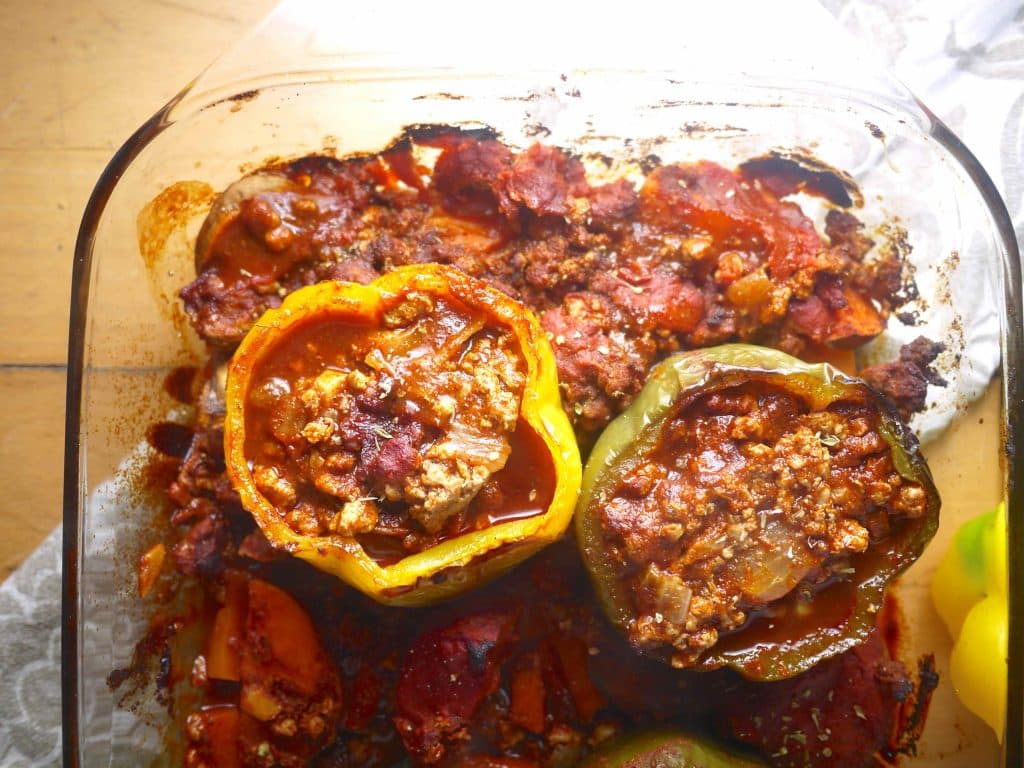 It’s like this sauce was meant to be in a stuffed pepper! I mean, the peppers practically caramelize while you cook them, and are full to the brim with spicy enchilada meat sauce. Delish!

Why would this be guilt-free, you ask? Well, for starters, you know every single ingredient that goes into both the sauce and into the stuffed peppers. There are no chemicals, preservatives, grains, or gluten. Just lots of satisfying chili flavor!

Clean eating at its best. 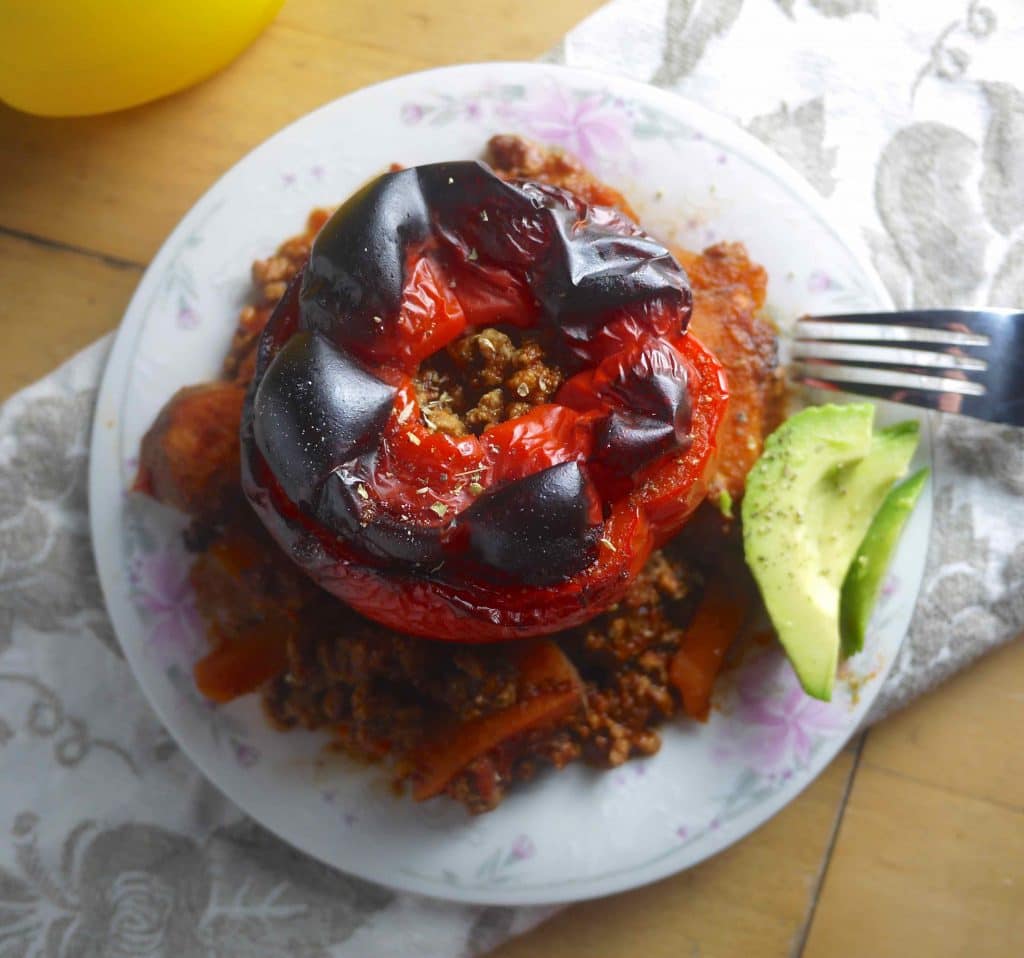 To be honest, make Paleo Enchilada Stuffed Peppers has been on my to-do list for a while now.

So as soon as I replenished my stash of seasonings at my new place, (and got the replacement stickers so that I could know how to use my oven!), I knew that it was time. 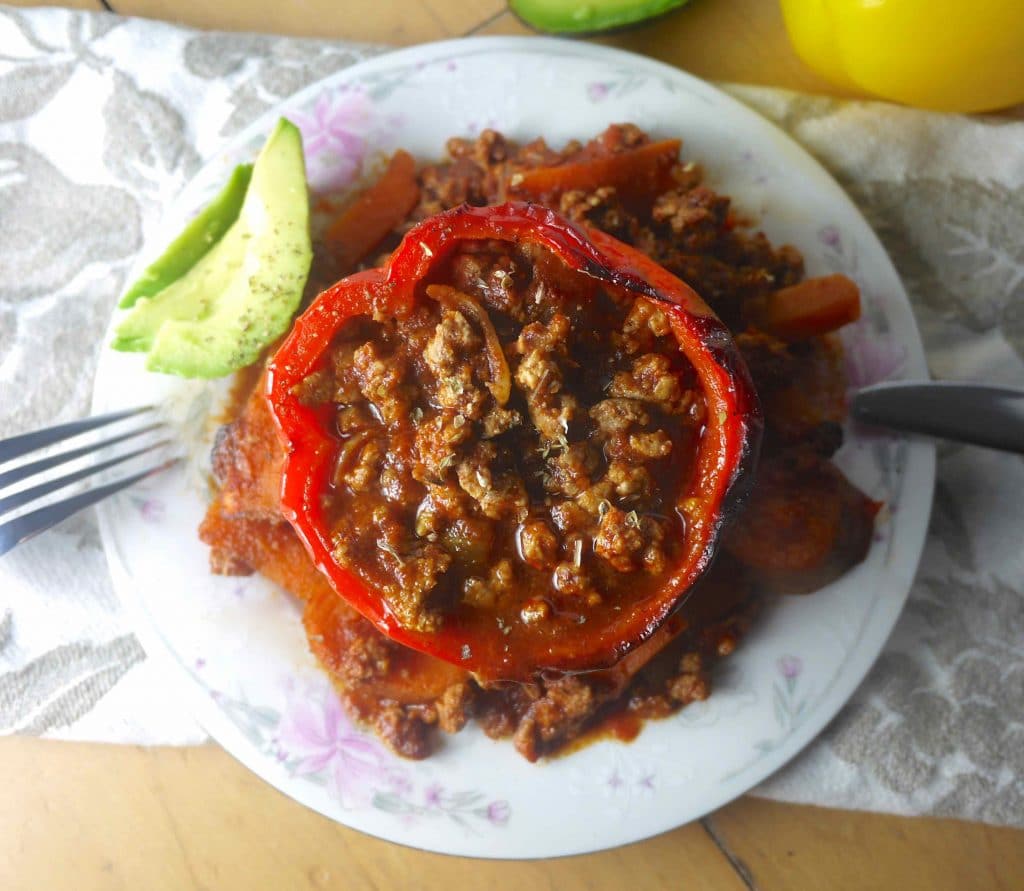 I started by making my paleo enchilada sauce, and then adding a bit of strained tomatoes to it to make it have more consistency and flavor.

Then, I cooked some ground turkey with garlic and onions. (Note you could use ground beef, buffalo, or chicken as well! )

I poured the enchilada sauce on top of the ground turkey and filled 4 stuffed peppers with 1/2- 3/4 cup of the enchilada meat sauce. 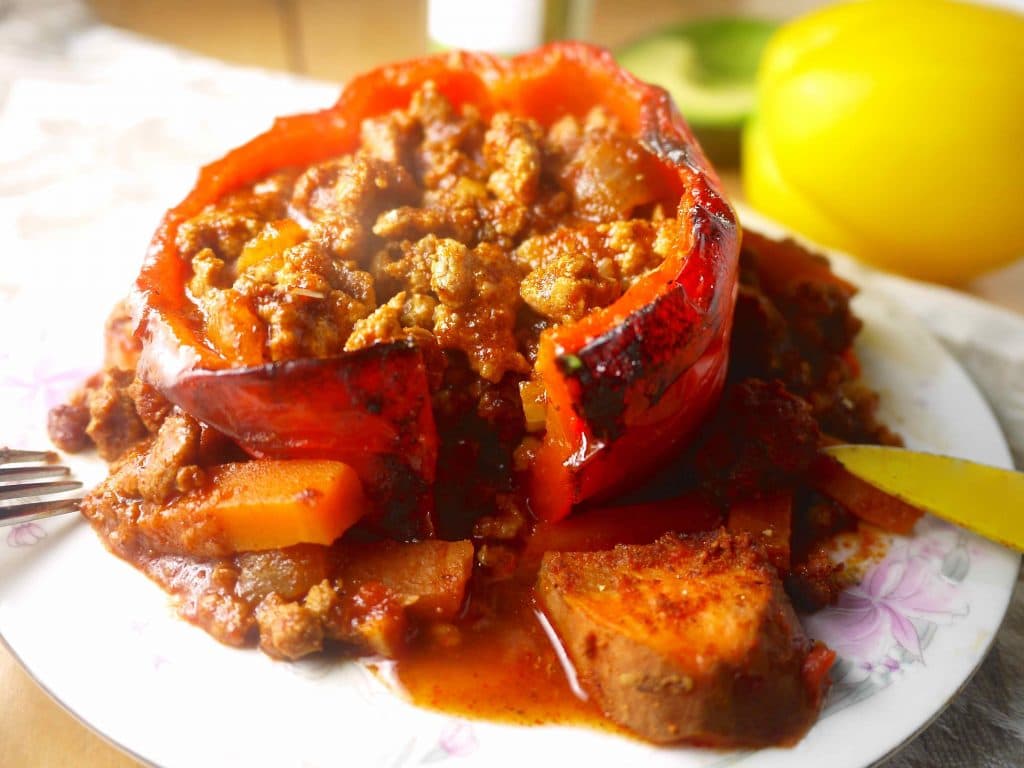 Then, I surrounded the peppers with sweet potatoes and carrots, and covered the veggies in the remaining enchilada meat sauce and some extra strained tomatoes. I topped everything with a dash of salt and pepper, and a sprinkle of oregano. (I highly recommend adding extra oregano!)

Lastly, I cooked everything at 400 degrees for 40 minutes. Quick, easy, and beyond delicious! 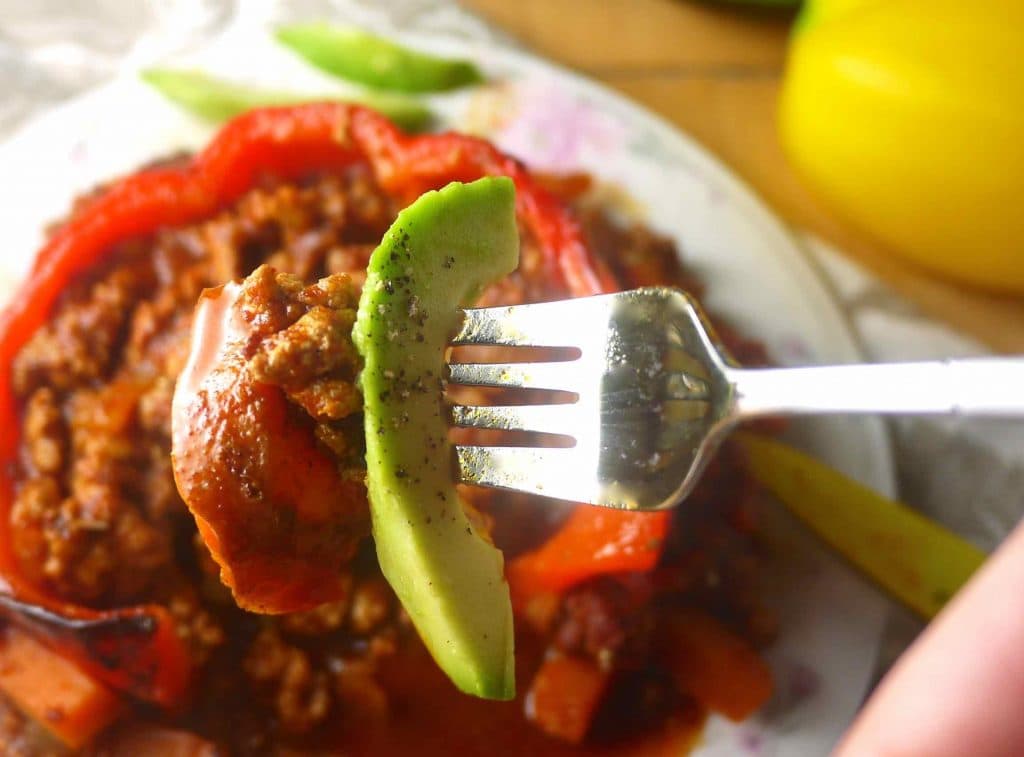 Feel free to add other veggies to the dish… I think zucchini would really be great here.

And of course, don’t forget adding avocado on the side! 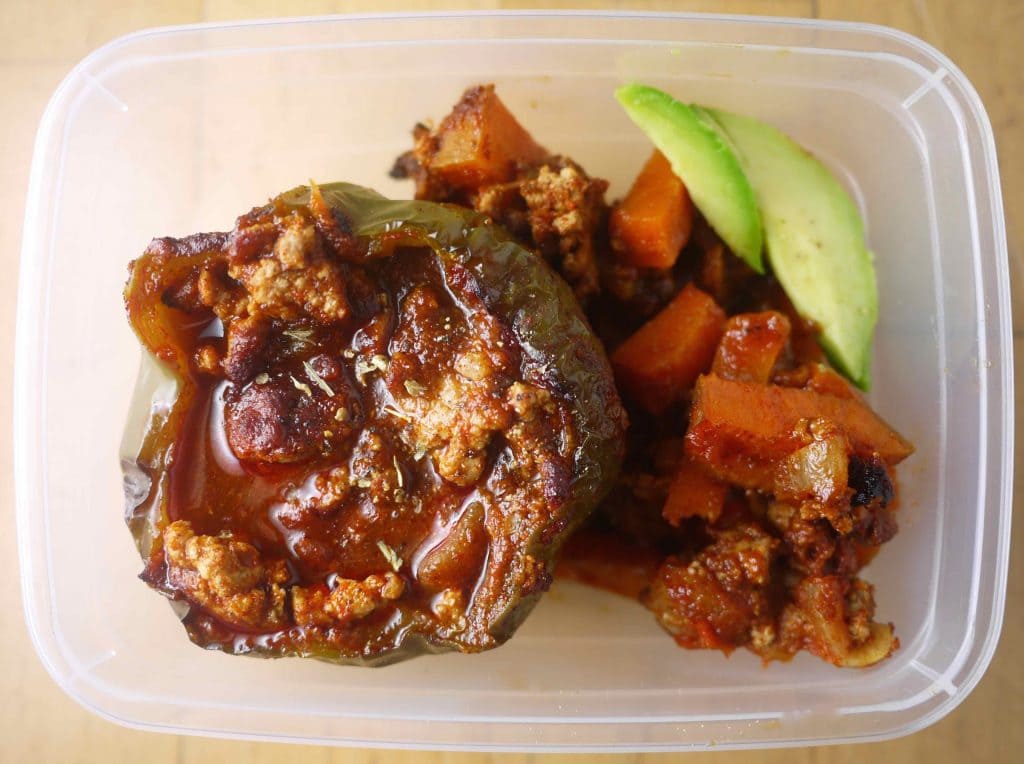 What’s great about this dish, besides that it’s a pepper stuffed with enchilada meat sauce, is that it makes wonderful leftovers for work or school. More peppers for me please! 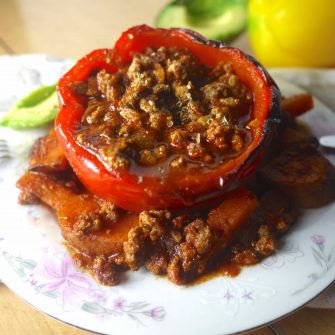 To start, make the enchilada sauce: