Gluten-free Apple Cherry Crisp recipe. A real food crisp made with apples and cherries, topped with an almond flour oat crisp, and sweetened with coconut sugar and maple syrup. 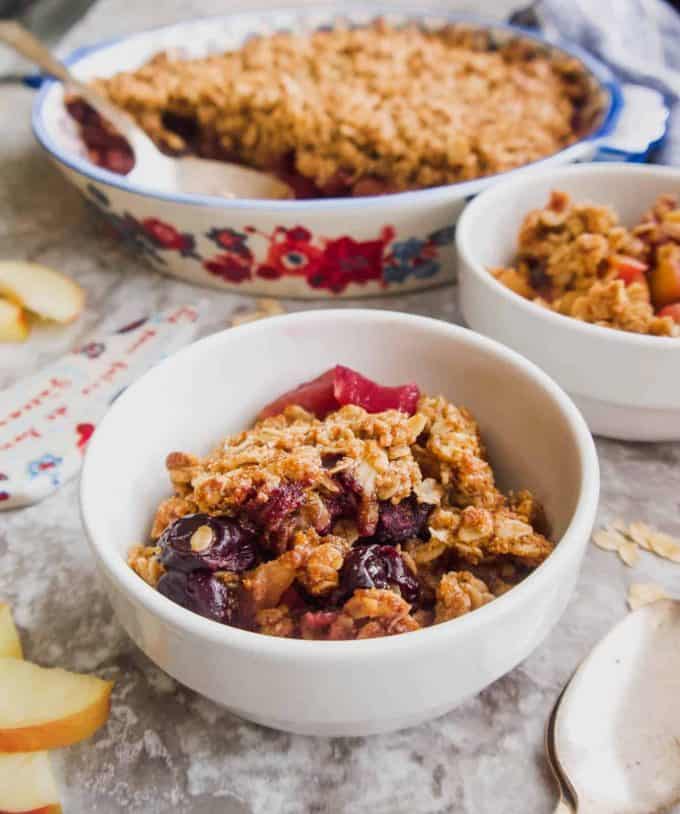 I’ve been ALL about the rolled oats lately. And I’m always all about summer cherries and apple crisps, so making a Gluten-Free Apple Cherry Crisp was only a matter of time.

The inside is made of fresh apples and cherries. The topping is made from a rolled oats and almond flour mixture, and the whole dish is sweetened with coconut sugar and maple sugar. Now that’s my kind clean real food crisp.

This is a variation on one of my prior crisps that I made, my Absolute Best Summer Crisp!. 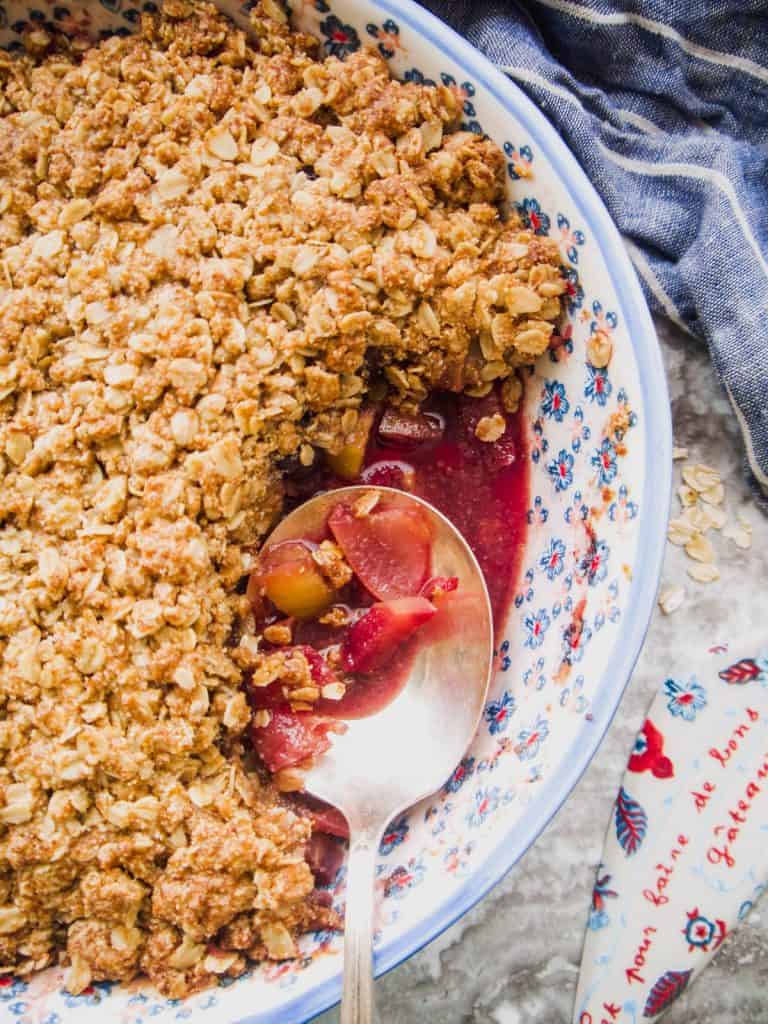 The topping here is made of almond flour and oats. To me it is the best part! You really don’t need flour or butter to make it, which is what is in normal crisp topping recipes. 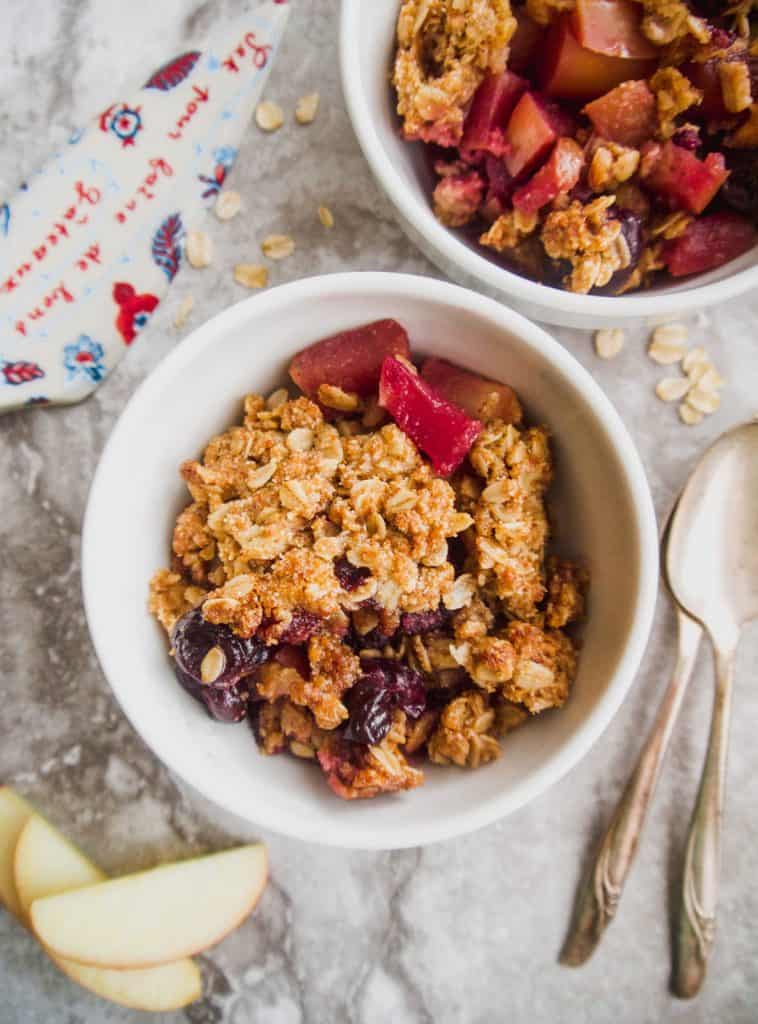 You can also use coconut oil, but I prefer olive oil in baking.

I also use a mixture of maple syrup and coconut sugar to sweeten the entire dish. I use them in place of the white sugar and brown sugar that I’ve seen in regular crisp recipes.

I LOVE the combination of cherries and apples here. The apples give this dessert dish an extra sweetness and the cherries make it taste like summer. 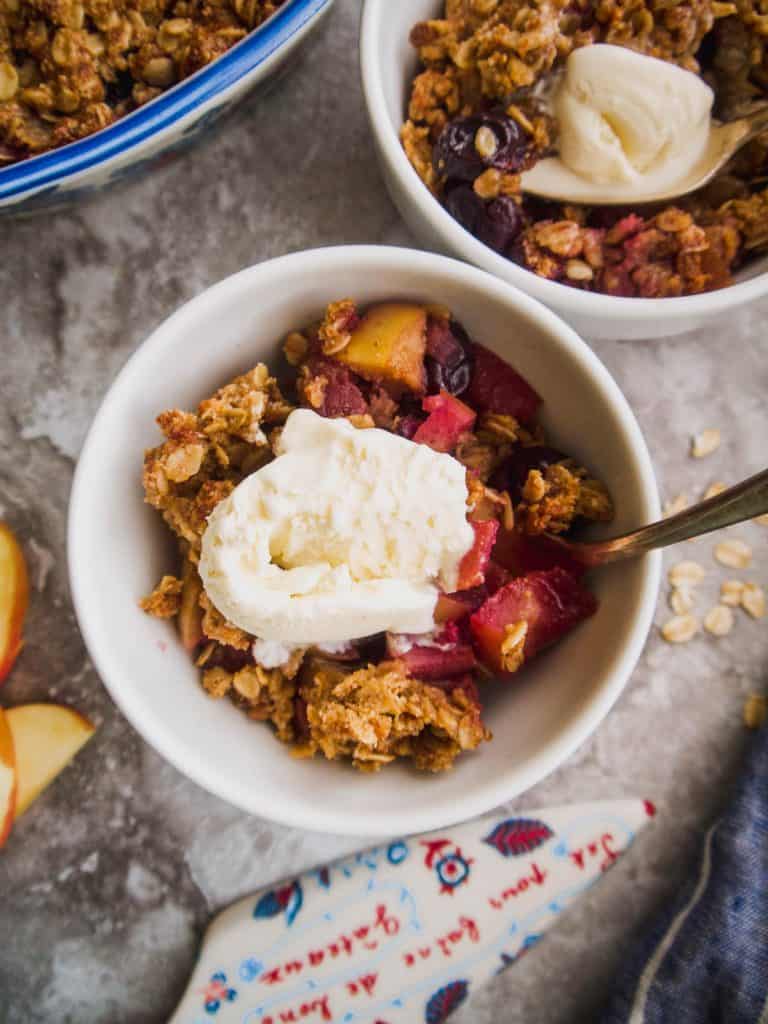 The trick here is to bake the cherries and apples both prior to adding the oat topping and after.

I’ve attempted only baking the fruit after adding the oat topping, but I can never get the fruit soft enough while also making sure the topping cooks right.

So, baking the fruit a bit longer really works. 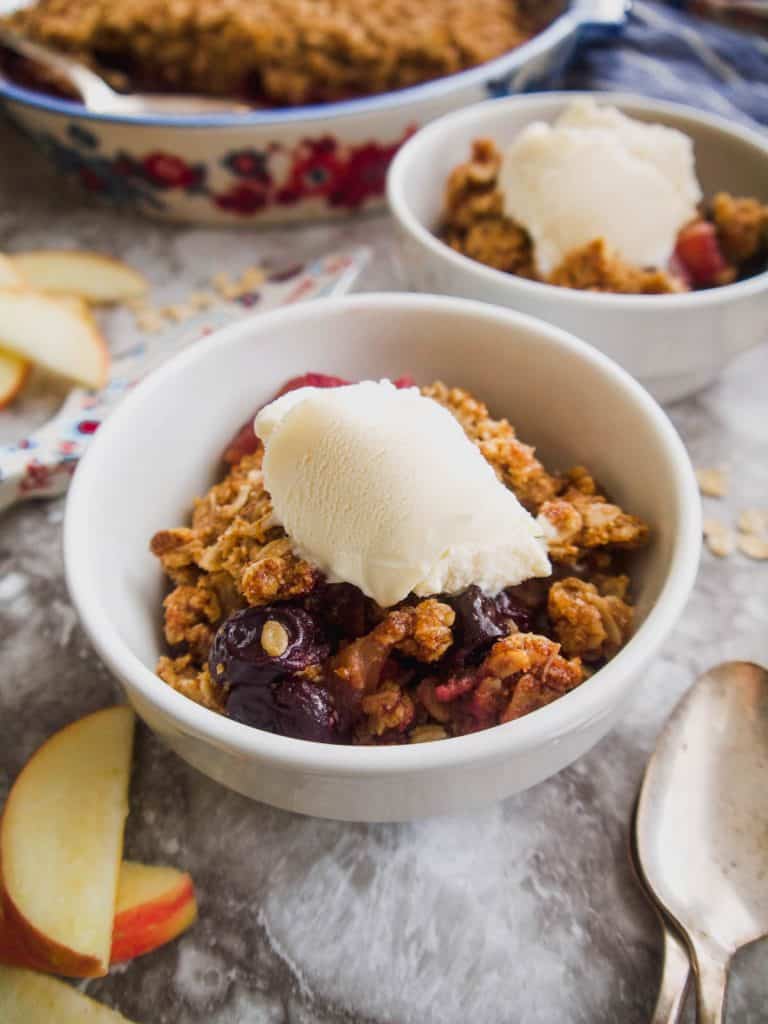 Oh, and one more tip!

You need to eat this Gluten-Free Apple Cherry Crisp while warm with ice-cream on top.

The ice-cream melts into the fruit, adding a creaminess to the whole dessert. Ok, now I’m drooling!

Apple crisp is seriously the best… if you love it as much as me, check out this Gluten-Free Apple Crisp from my friend Erin at Meaningful Eats. It looks DIVINE. 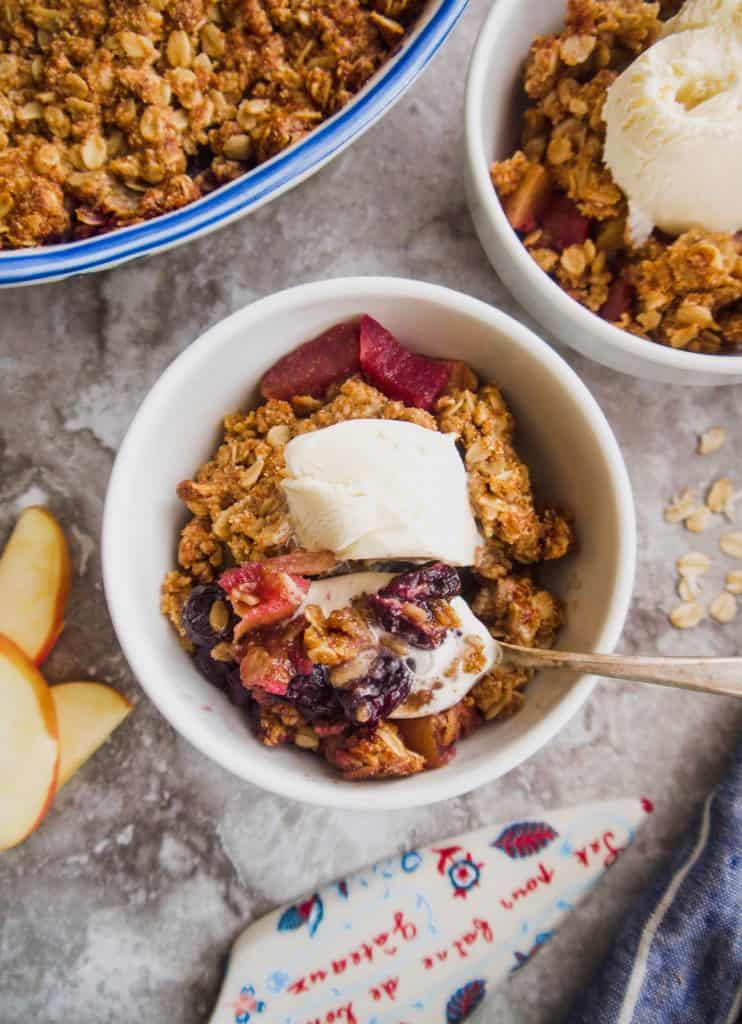 Other crisps you may enjoy: 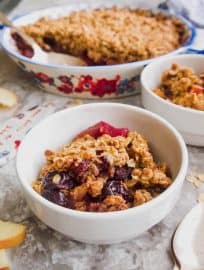