I mentioned in my last post about how I just got back from visiting my sister and my new nephew (he’s one month old and so so cute!!). I tried to make myself useful during my stay… and so I baked lots of lactation cookies (which I couldn’t help eating myself… what? they are so good!) and helped out with dinner.

I was standing in the kitchen one night, trying to figure out what to make for dinner, when my brother-in-law, Garry, suggested a roasted red pepper cream sauce with ravioli. I told him that that sounded delicious, but I had never had that before, so I would need some directions as I cooked. He gasped in disbelief. “You’ve never had roasted red pepper cream sauce!? You HAVE to try it!” 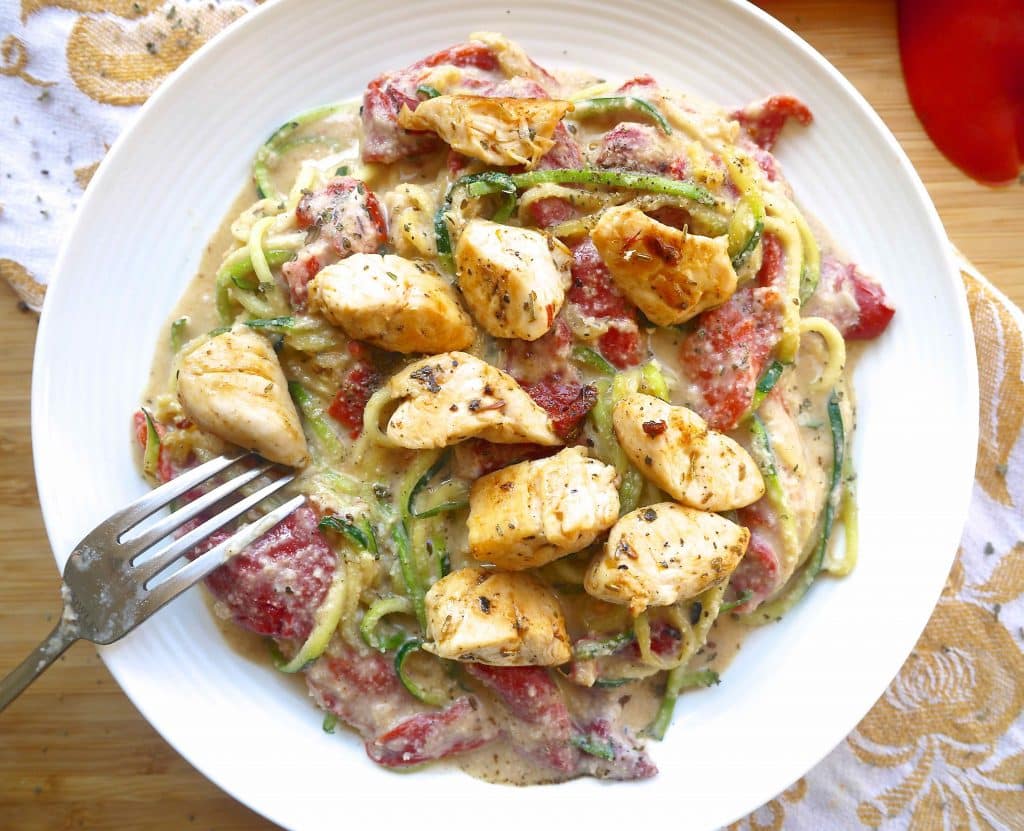 And so unfolded my first deliciously wonderful experience with creamy roasted red pepper sauce. With some helpful instructions from my sister and my brother-in-law, I put a jar of roasted red peppers into a pan and let them heat up until they became fragrant, and the liquid evaporated.

I. Was. In. Heaven! Garry was right, how had I never had this before?!

I knew that I had to make a Paleo version. And as soon as I got home, I tested it out. 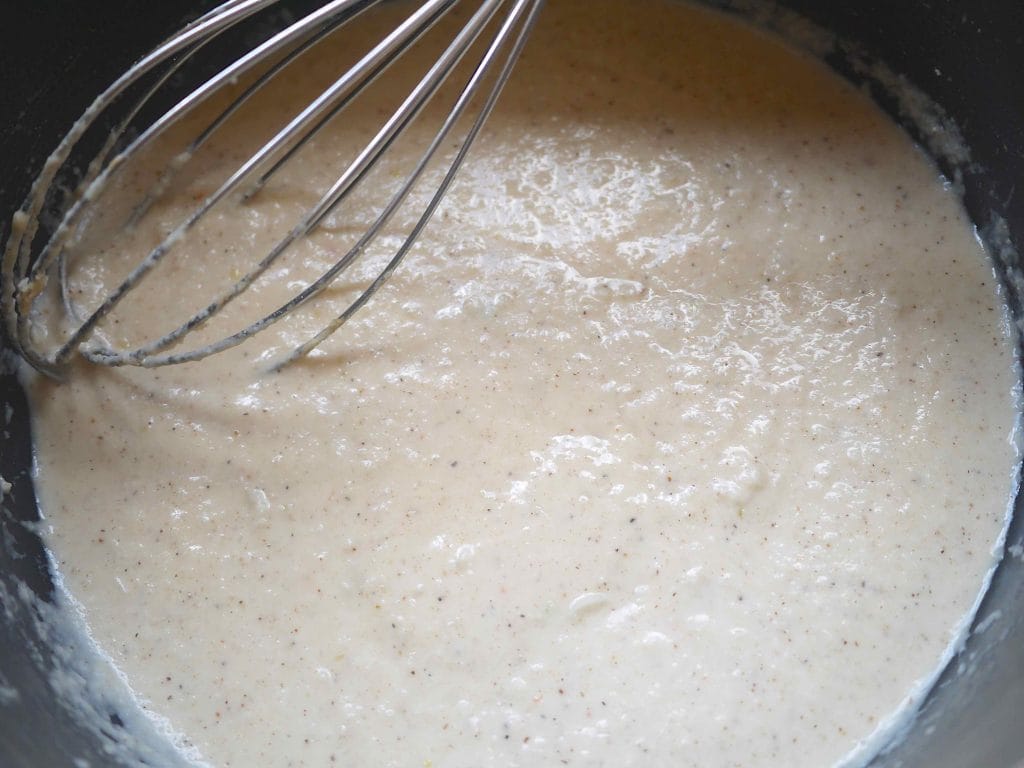 Luckily I have my go-to paleo cream sauce that I love… and I started off by making that sauce.

At the same time, I heated up the roasted red peppers in a large frying pan. I ended up buying them from a jar, because I wanted to replicate the recipe that I had tried at their house.

I’ve also never roasted my own peppers, but that on my to-do list now.

I was a bit worried that the sauce wouldn’t taste right, because the peppers I used at my sister and brother-in-law’s house were a special pepper from the region in France where they live.

But I found that the Cento roasted peppers that I bought tasted amazing. 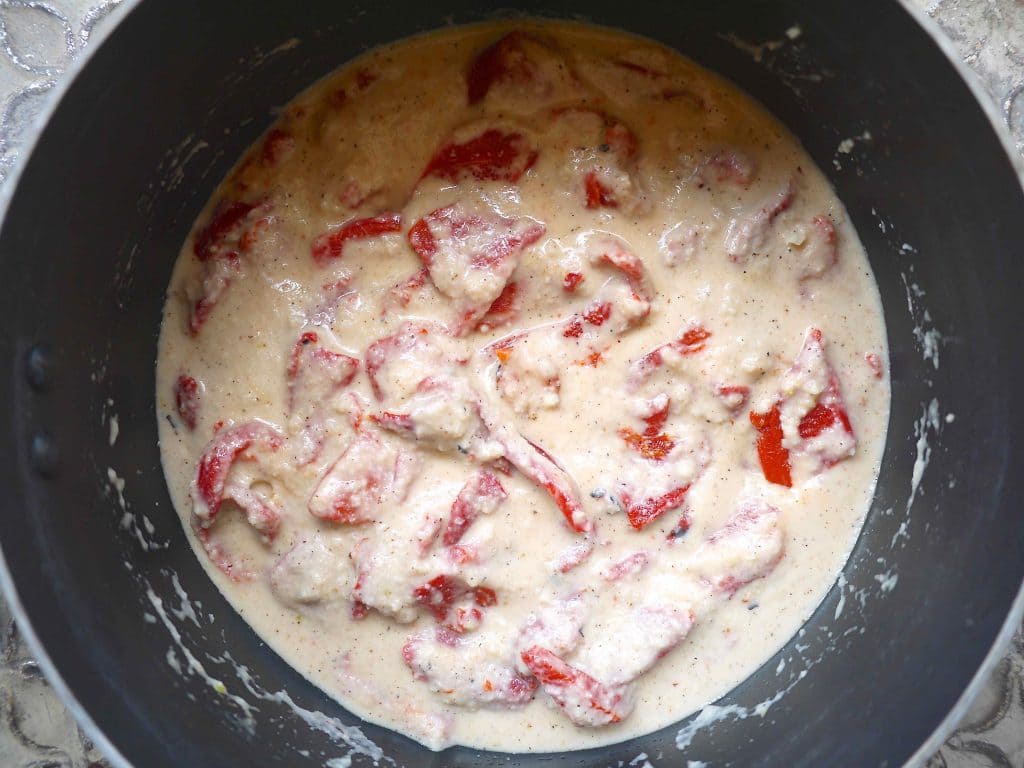 I put the roasted red peppers into the paleo cream sauce (it tastes better than it looks!), and then I made the chicken in the same pan that the peppers were in.

This really made the chicken soak up some great flavor. I then added the chicken to the sauce.

Theeeeen, I heated up the zucchini noodles in the same pan that the chicken was in, which gave them a rich taste.

I added the roasted red pepper cream sauce and chicken to the pan. And a yummy Paleo dinner was served. 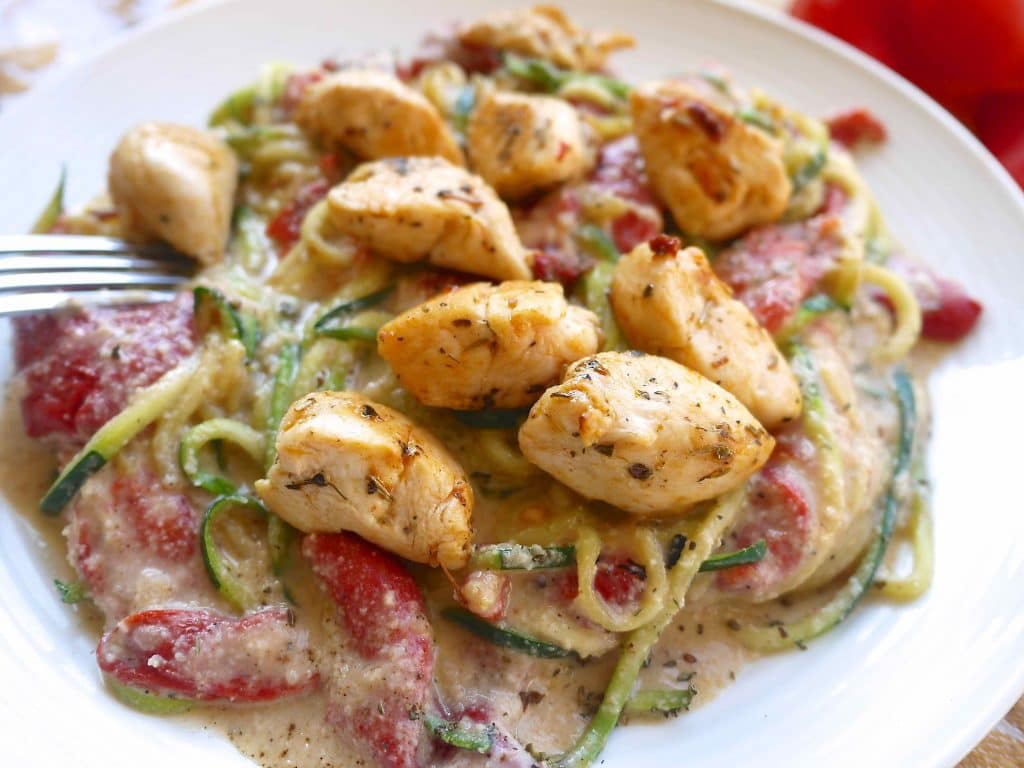 This is a quick tasty meal. I’ll be working on other non-processed versions of roasted red pepper foods and sauces, but wanted to share this one now 🙂 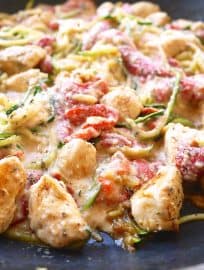