It has been a while since I posted a muffin recipe, don’t you think? Friday seems like the perfect day to post a coconut muffin recipe. And not just any coconut recipe, a toasted coconut recipe! Toasted coconut is probably my absolute favorite way to eat coconut. I could probably eat it by the spoonful. When I say probably, I mean that I do eat it by the spoonful. Which could be a problem now that I know how to toast it myself.

Learning how to toast coconut lead me to make these Toasted Coconut Cream Muffins, which are a coconut lovers dream! They are moist, sweet, fresh and full of toasted coconut both inside and on top of the muffin. Coconut whipped cream and toasted coconut have never had a better match if I do say so myself. 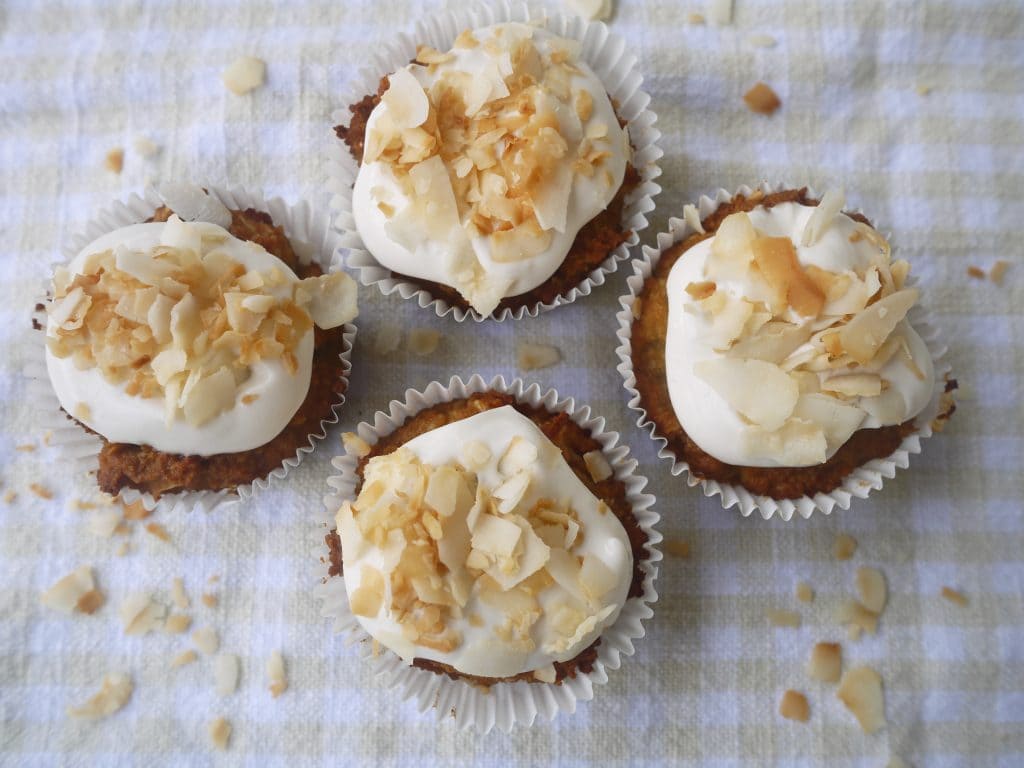 Toasting coconut was surprisingly easier than I anticipated.

You merely put some shredded or flaked coconut in a pan over medium heat with a teeny bit of maple syrup. Then you wait and stir until the coconut browns.

And voila wonderfully roasted toasted coconut at your fingertips. You can put some in yogurt, on desserts, on granola, or on anything you want.

It’s great toasting it yourself because you can monitor the amount of sweetness added, if any. 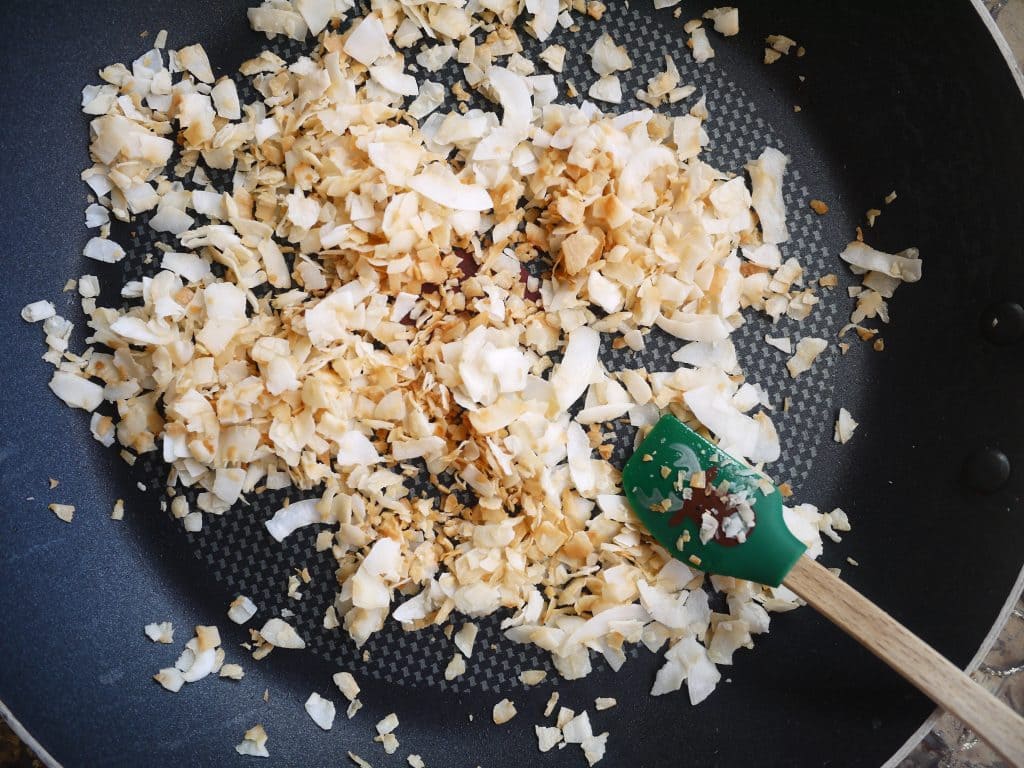 Mmmm! Toasted coconut reminds me of this delicious candied coconut that I had in Hawaii.

It was made by the locals there and it tasted like they covered it in maple syrup or brown sugar and roasted it until it turned into these coconut crystals from heaven.

I noticed it being sold all over the place on Maui, but I do have to admit that I have a strong coconut radar. If you get the chance to buy some, do it! 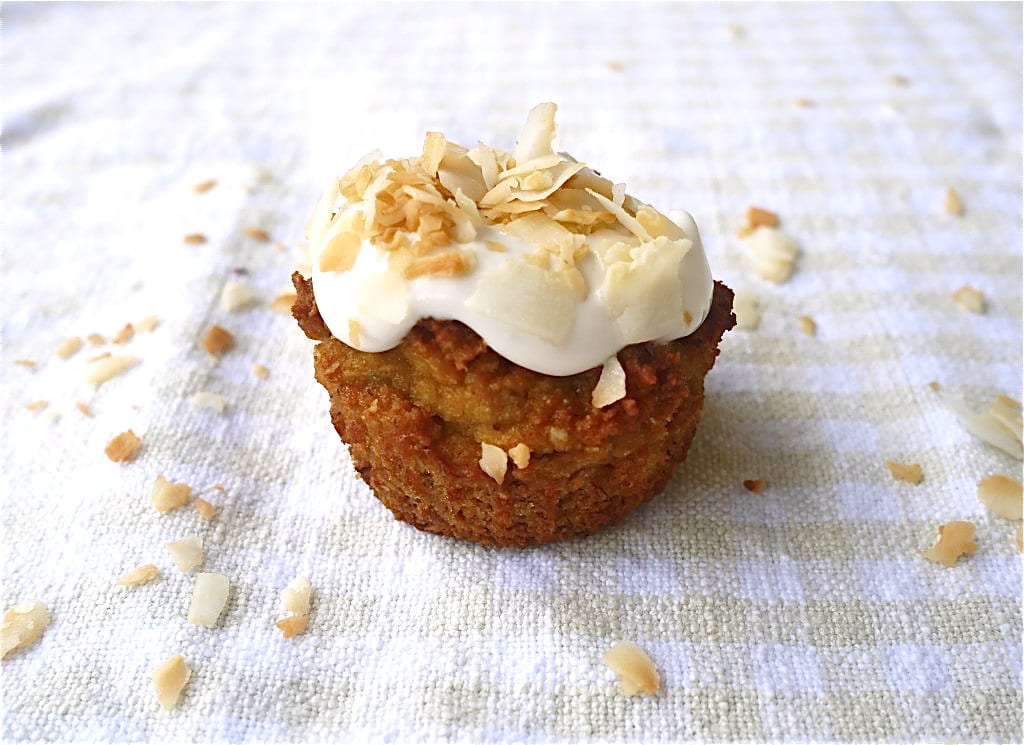 Now, I know that coconut is a flavor that many have strong opinions about.

But, I’ve found that toasted coconut appeals to non-coconut lovers and I think (and hope) that this will be the case for these muffins.

I mean look at how moist and tasty! 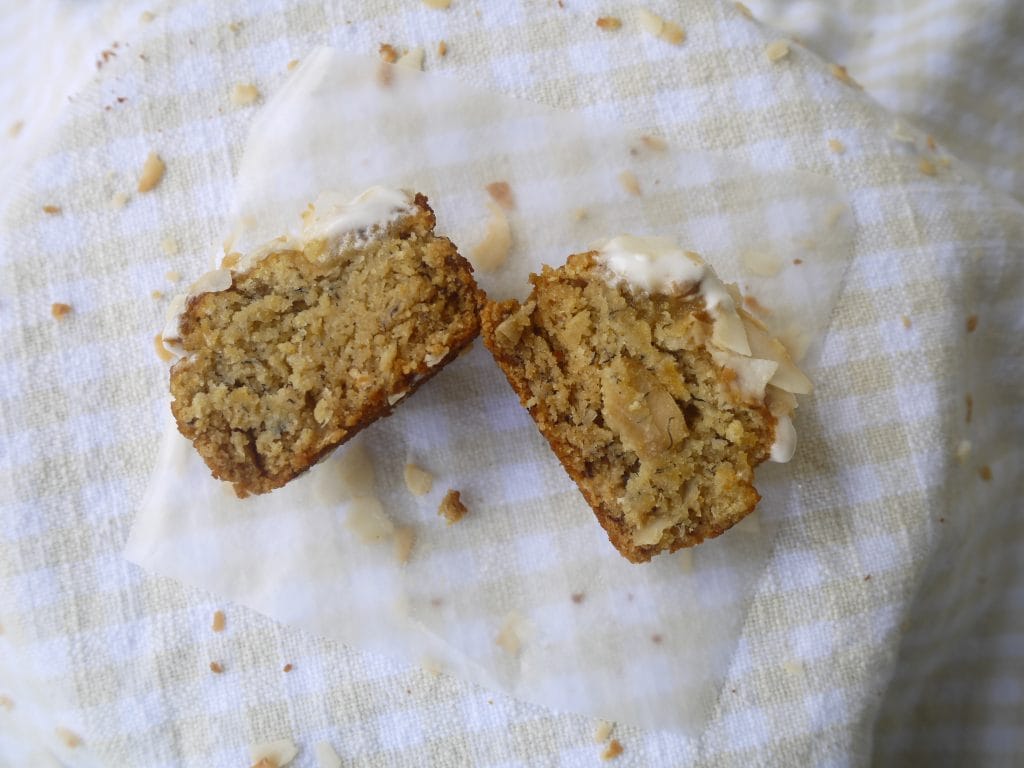 Not only are they moist but they are made of completely all natural, non-processed ingredients.

I could go on and on about how great this is for you, but if you are reading this you are probably on the same page as me when it comes to eating clean.

I still get amazed sometimes when an awesome cake or muffin can come to life without sugar or flour. 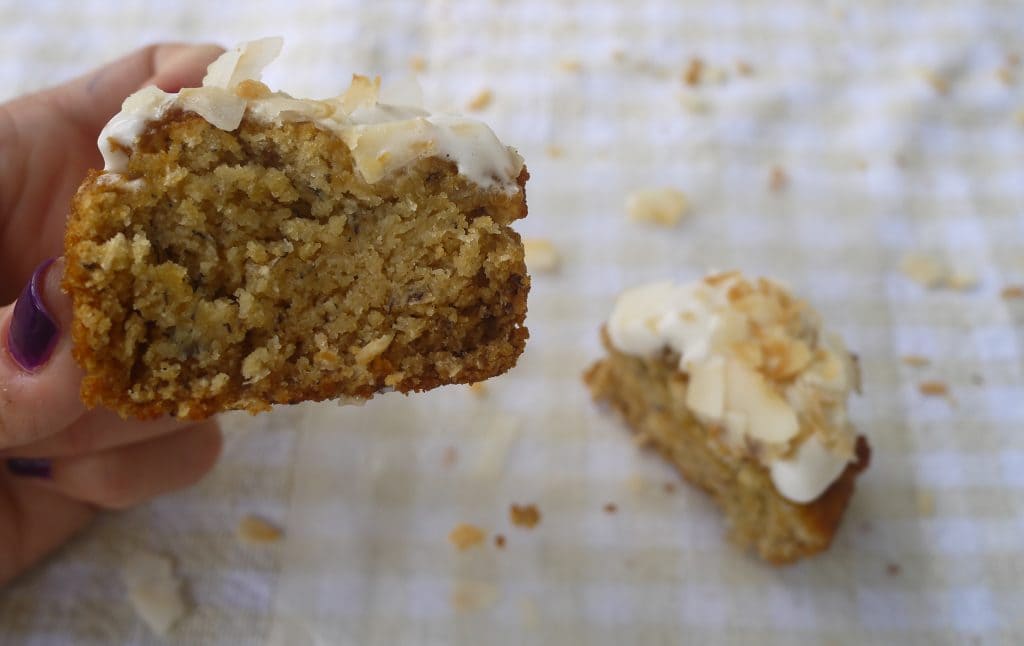 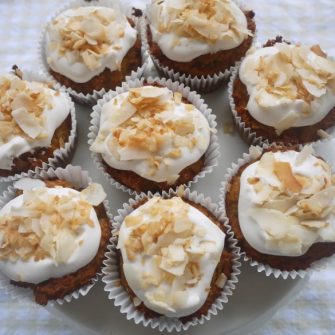 To make the toasted coconut:

To make the coconut muffins:

To make the whipped coconut cream: