I don’t really know if this is a cobbler, but I didn’t know what else to call it.

I went through many name ideas for this recipe because what does one call diced caramel covered apples covered in a gooey cinnamon cookie layer? It’s not a crumble, it’s not a crisp, and it isn’t a traditional cobbler.

After some research, I found that cobblers can be made, not only with a biscuit topping, but also with a cookie topping, so this had to be it! 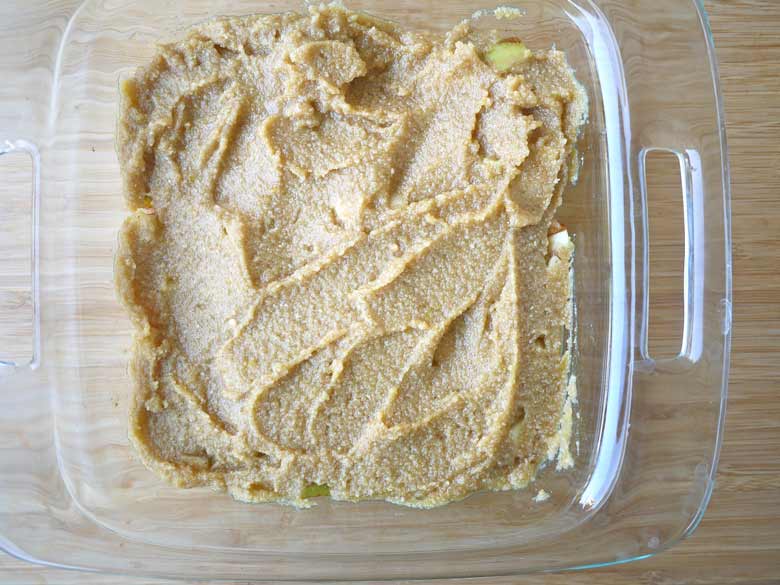 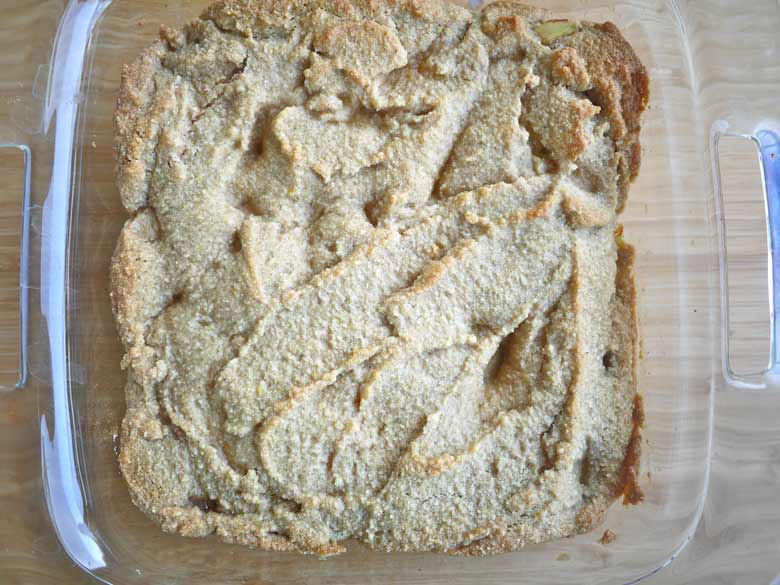 I had been meaning to make a caramel apple crumble, but I didn’t know how to make it differently than my previous attempts. I LOVE my Apple Pear Crumble recipe, but I like the challenge of creating more gluten-free, paleo, non-processed dessert options. 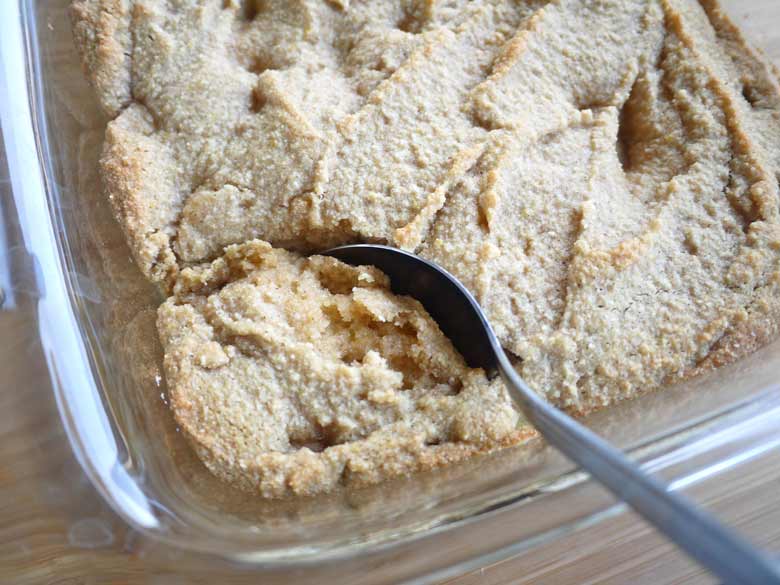 So I tested out an idea to have a cinnamon cookie crust on top of the apples and the result is this Cinnamon Cookie Caramel Apple Cobbler.

And to be honest, the title says it all. A warm soft, gooey cinnamon cookie tops baked caramel covered apples. 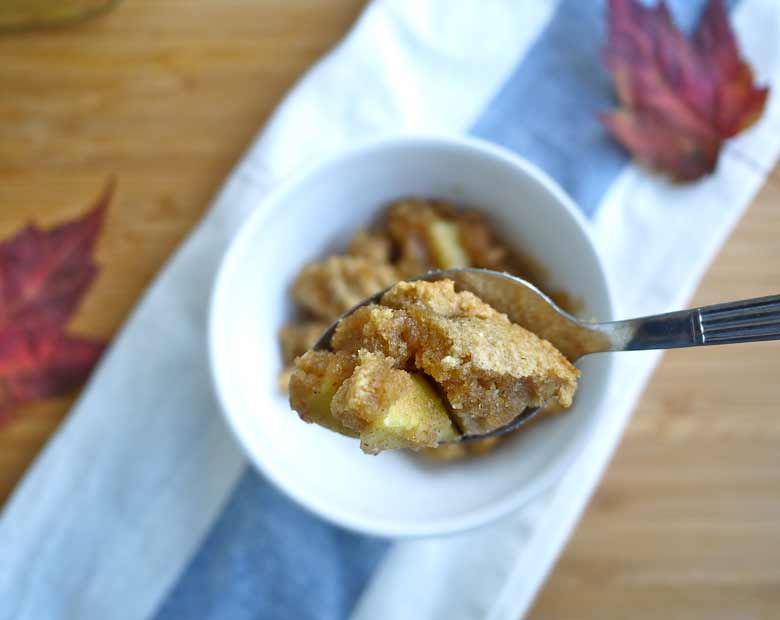 Heaven in a bowl, if you ask me.

Better than heaven in a bowl, if you add some Coconut Bliss Vanilla ice-cream. 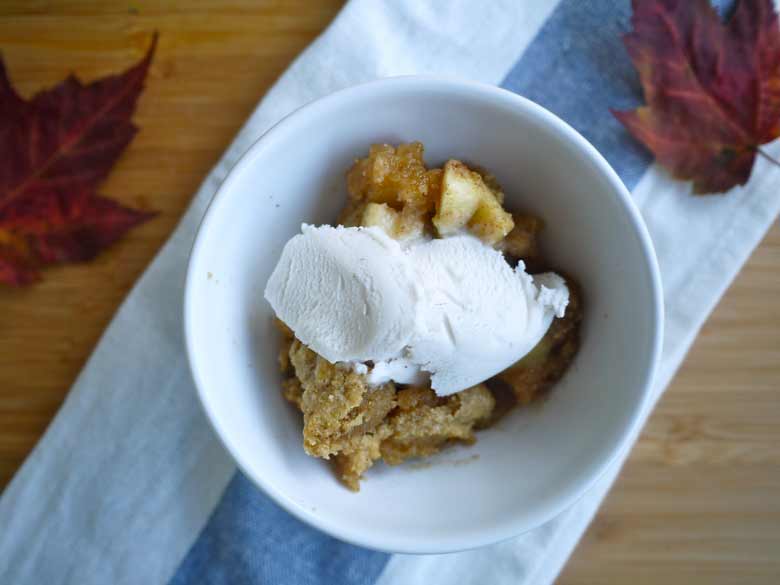 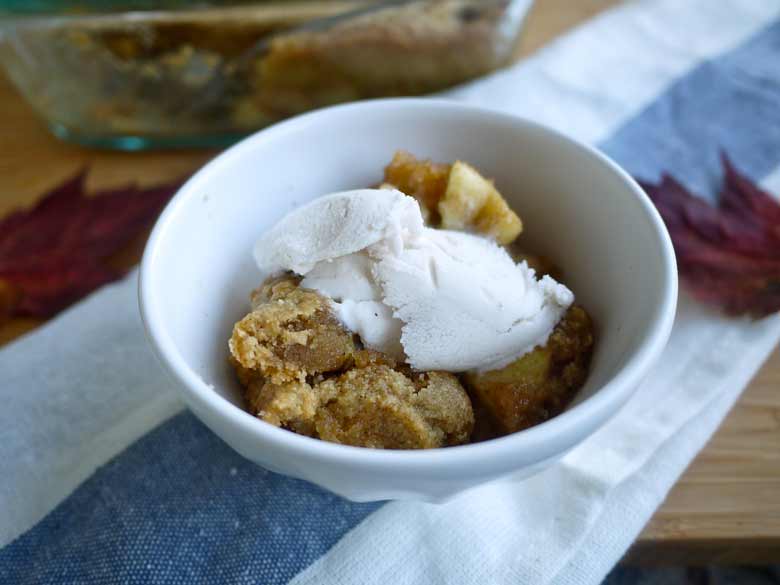 Yummm! and if you haven’t seen my previous few posts, this cobbler was the inspiration for my new favorite paleo/ gluten-free/ non-processed cookies… Chocolate Chip Cinnamon Cookies.

This cobbler can be made in many ways, to fit your taste or time constraints.

I know it can be an added step to make paleo caramel and if you just want to eat this cobbler NOW, then make it without! It’s just as good. 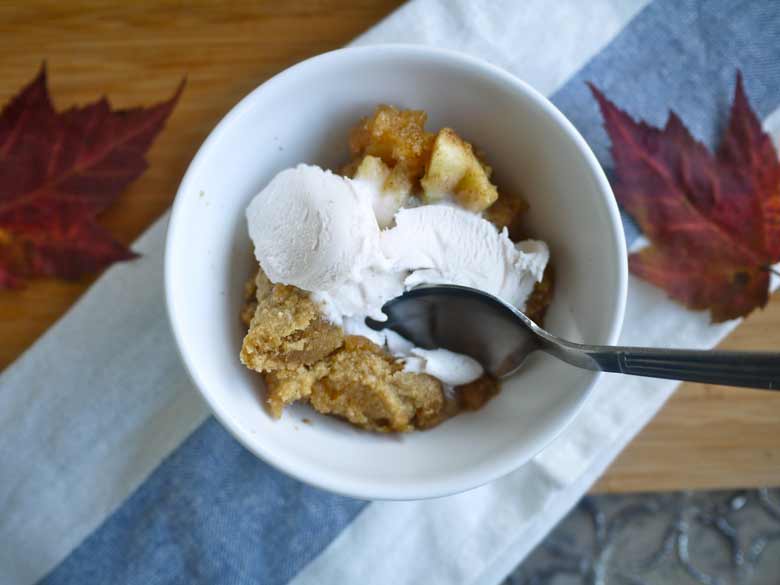 I have made so many versions of this cobbler…with only maple syrup on the apples, only cinnamon on the apples, and with Paleo caramel sauce on them. I truly loved them all.

It just depends on what you want or your mood, and my mood lately has been caramel. It also helps that I have a bunch of Paleo Caramel Sauce lying around. 🙂 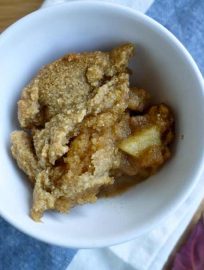