It came out great! Lime, cinnamon, and paprika work their magic in the slow cooker and the result is a refreshing citrusy sweet pulled chicken that tastes awesome. 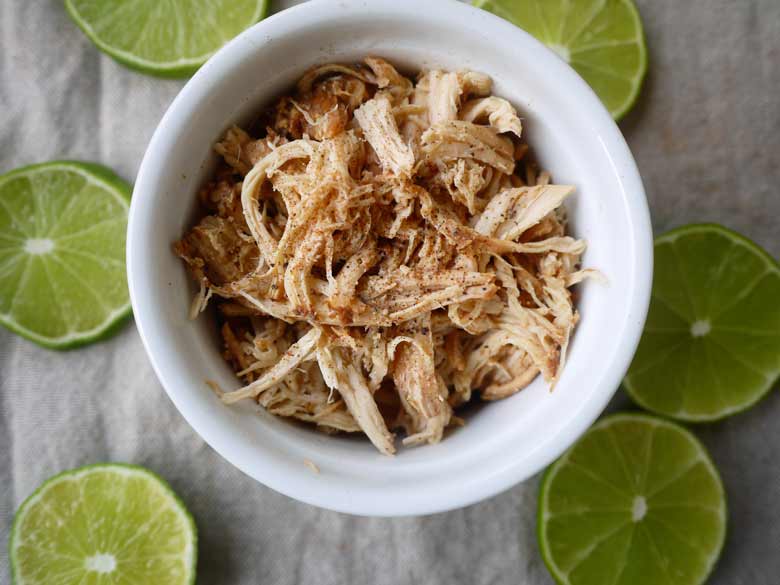 This may just be me, but the flavors here are so pronounced. It’s like an everlasting gobstopper, or that candy in Willy Wonka that tastes like a three course meal.

I really enjoyed slowly eating and savoring every bite while noticing the different flavors.

Now, I’m not normally a lime person, which is why my recent lime recipes feel like fate. I’m a lemon person through and through.

I normally buy a bag of lemons at Costco, but they were out and they only had limes.

Normally I would just not buy them but for some reason I decided it would be a good idea.

And then the whole lime shortage happened. And then I made Key Lime Pie Chicken, and I became majorly hooked on limes! 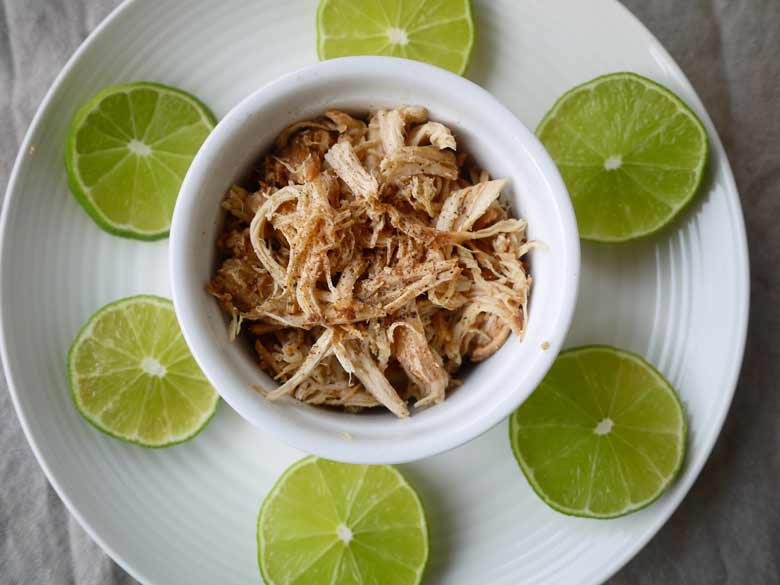 This Key Lime Pie Slow Cooker Pulled Chicken is wonderful! It goods itself, thanks to the slow cooker, and it tastes great.

Perfect for a salad or to eat all on its own… and I’d have to say it’s all thanks to the limes! 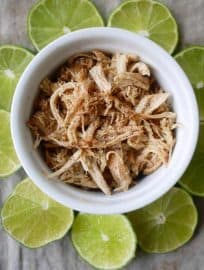