Cinnamon holds a special place in my heart. It is warm and inviting. It is uniquely sweet while strong in flavor. It can make many a food taste more delicious.  It also smells amazing! You know those cinnamon stick brooms that they sell during the holidays? Ya, I buy a very large one of those every year. The smell of cinnamon just makes me happy.

And so does the taste. Especially when it is in a baked good…like coffee cake… like this paleo banana coffee cake. It is so delicious that you would never know that it is made of 100% non-processed ingredients! 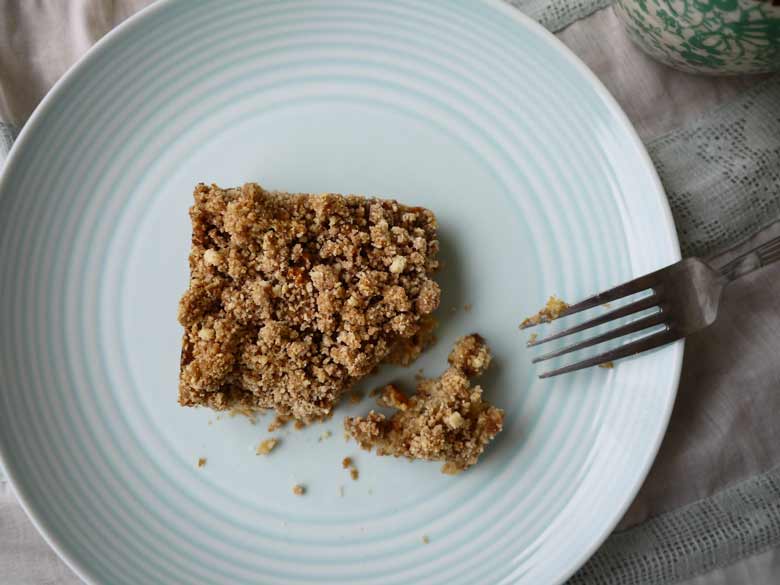 This recipe was inspired by a Cinnamon Swirl Banana Crumb Cake Recipe from The Baker Chick,  a baking blog that I really enjoy reading.

I wasn’t exactly sure if I could Paleo-ize it or if I even wanted to attempt this because the recipe required so much flour.

Since almond flour is way more expensive than regular flour, I didn’t want to potentially waste large quantities of it. Especially for a recipe involving a consistency that I was not used to experimenting with.

When it first came out of the oven, I thought….ok, this looks good… but what about the inside? 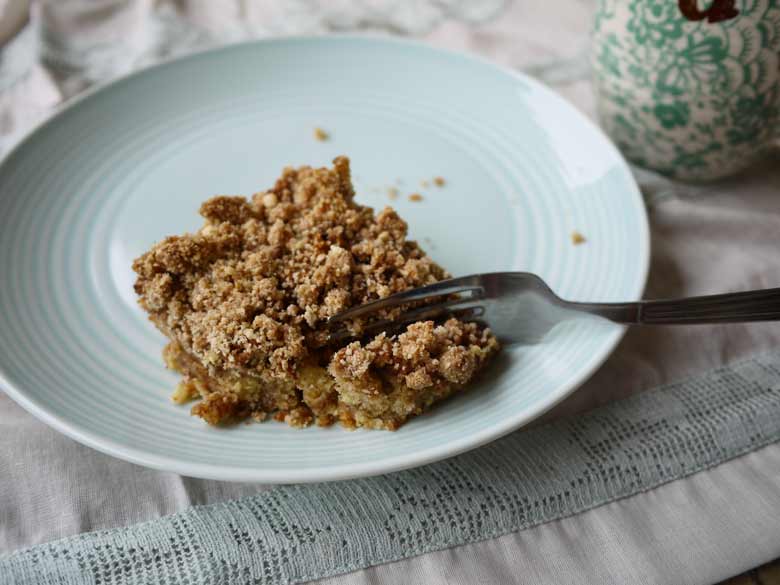 Then I cut it open… and was so excited to find a coffee cake texture.

You know, kind of like a cake, but with a bit more moisture, and a bit more crumble.

That type of texture that tastes perfect with a cup of coffee… and covered in cinnamon streusel. 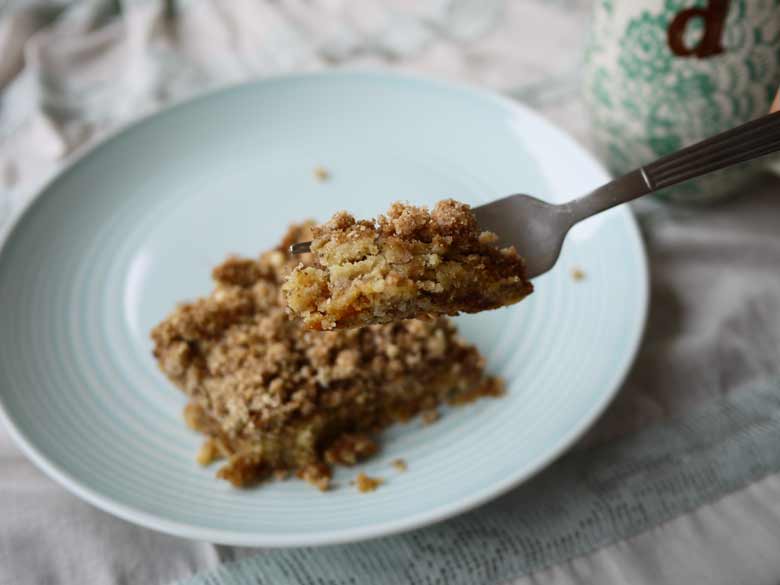 So after seeing that it looked the part, I had to make sure that the taste measured up.

As you could probably guess (since it is being posted), it was fantastic!

I was so excited that a Paleo coffee cake was possible that I didn’t know if I could wait to post this! 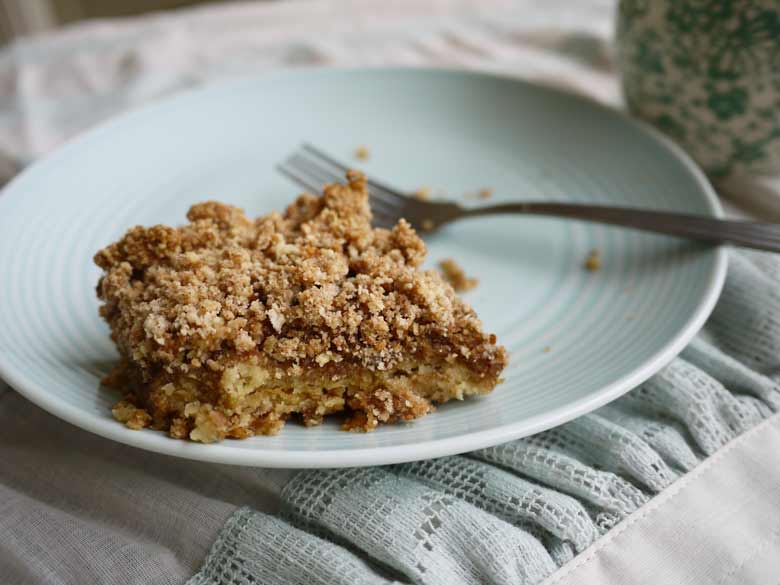 To store it, I recommend covering the pan with aluminum foil or putting individual pieces of coffee cake into a tupperware. The pan that I used came with a lid, so it was perfect for storing these in a manner that keeps the coffee cake moist.

I noticed that it was drier immediately after baking and became more moist as it got a chance to sit. 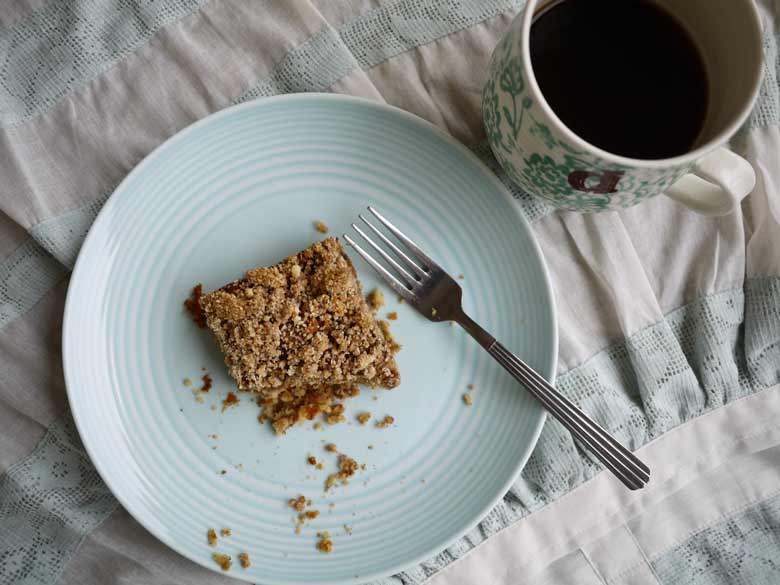 Here are some notes on the flavor. First, the banana taste is strong. I know it says banana in the title, so that is to be expected, but it just looks so much like regular coffee cake that you might forget (I did haha).

Second,  I cut a lot of the sweetness out, so you may want to add more honey or maple syrup. However, eating paleo has made me sensitive to sweeteners and I find that less can be more.

I loved it so much that I know I will be making it again and again. 🙂 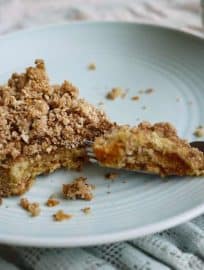