In 4th of Julys past, my dessert of choice has been a red, white and blue display made of vanilla cake topped with whipped cream and berries. YUM! But this 4th of July is different. This 4th of July is my first one while following the Paleo Diet. And rather than take the day “off” from Paleo, I decided to make a dessert that fit my Paleo needs by making a Paleo version of this cake.

It isn’t an exact version, though, it’s a spiced up cherry version! 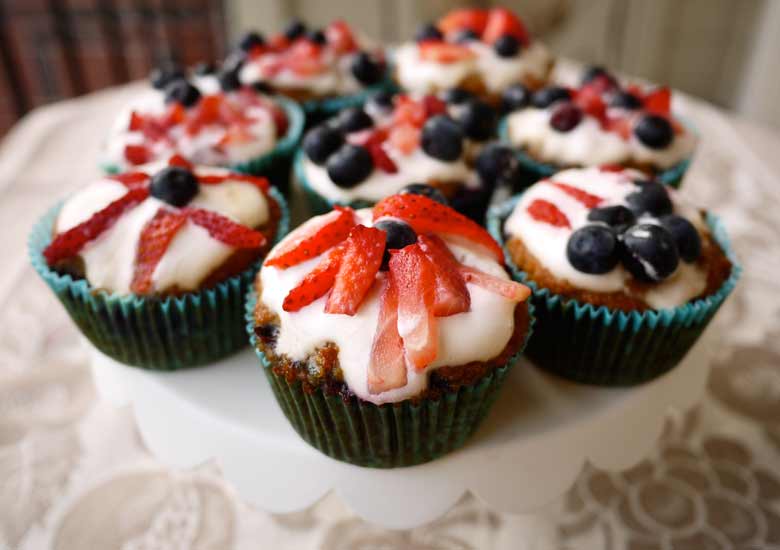 To start, I added LOTS of vanilla to this almond flour, coconut flour, banana, and apple sauce batter. I then put 2 tbs of the batter into each muffin tin.

And this is where these muffins get “spiced up”.

I used a food processor to puree some fresh cherries and then put a layer of them in between layers of the batter. 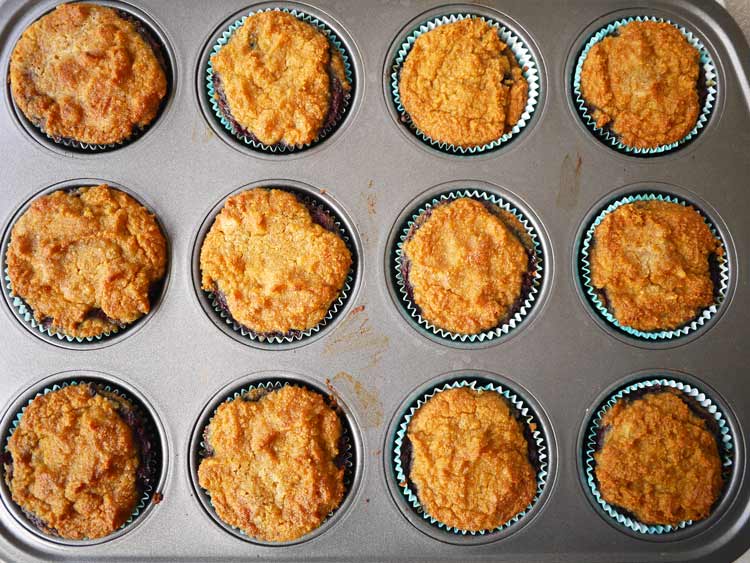 The result was a delicious cherry-vanilla muffin!

To be honest, I will be making these again and eating them plain like this because they were so delicious.

Cherries are my all-time favorite fruit. And cherry season always seems to pass by way to quickly. 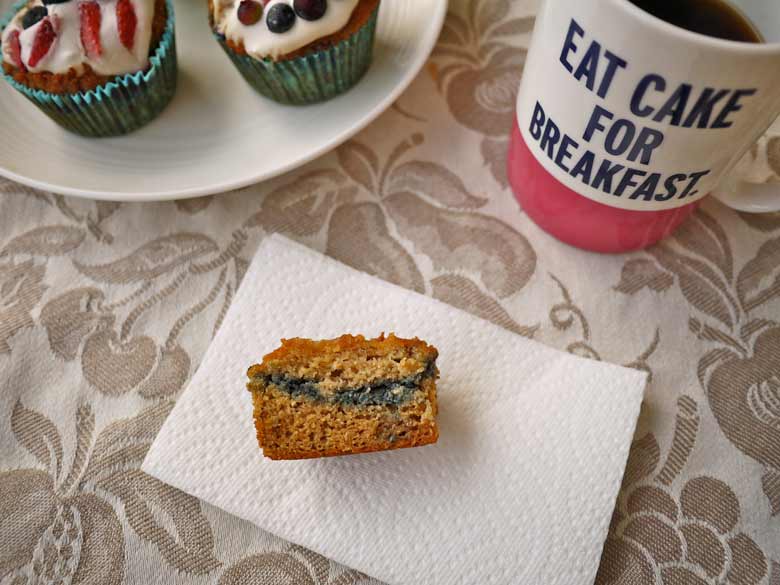 But in keeping with the 4th of July spirit, I took it a step further and made some coconut whipped cream.

I topped these cherry muffin bombs with some whipped cream, blueberries and strawberries. 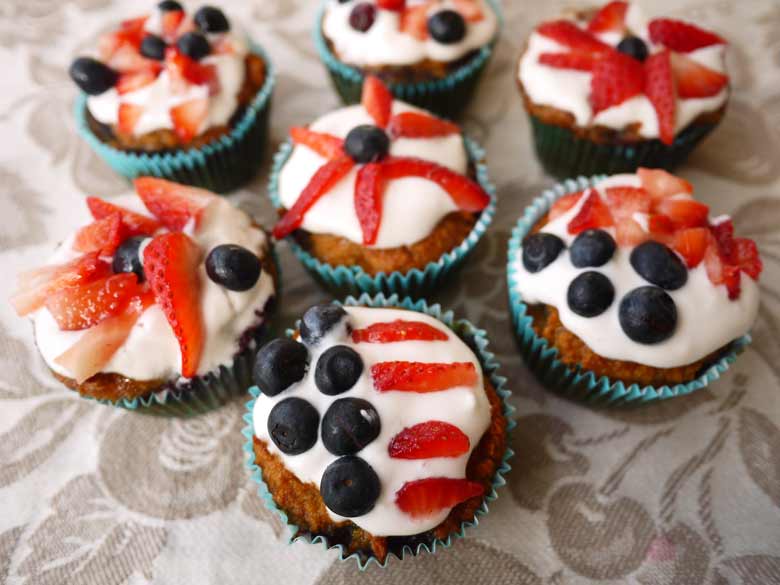 Sometimes paleo muffins get hard in the fridge, but these stayed moist!

I don’t know if it’s the apple sauce or the cherries, but it was a wonderful move because these truly taste great cold. 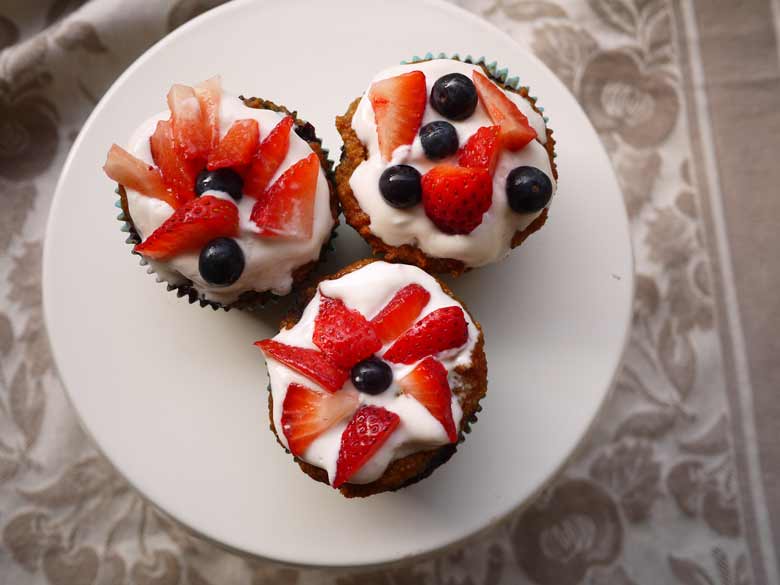 I apologize for my lack of decorating skills, these guys just melted so quickly!

I also found it quite difficult to cut strawberries into flattering shapes. Like my attempt at fireworks and the American flag?

Skill or no skill, these red, white and blue muffins will be patriotic enough for any 4th of July event.

Decorating these could also be a fun craft for kids or anyone really. Who wouldn’t want to decorate muffins when the reward is eating them? 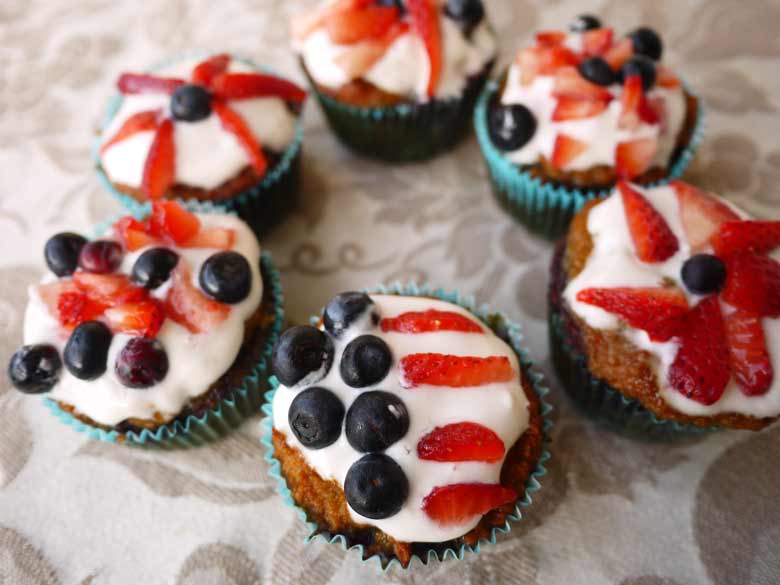 There’s nothing like eating muffins or cake for breakfast, especially when it is non-processed and Paleo! Enjoy! 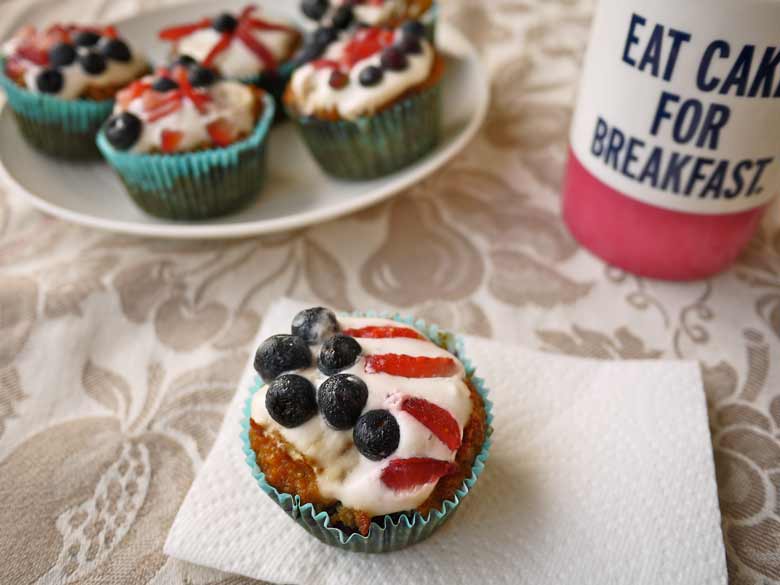 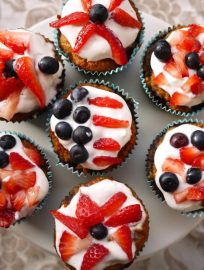 For the Cherry Vanilla Muffins:

To make the whipped coconut cream:

Strawberries and Blueberries for decorating