I’m sorry for the radio silence lately. I’m still without a home here in Ireland, so I haven’t been able to create any new recipes. Man do I miss having a kitchen! And everything that comes with it… like home cooked meals, meditation baking (I tend to get into a peaceful trance when I bake), and the smell of food filling the home. Sigh…

Luckily I move into a new place at the end of the month! And luckily I have this recipe for The Chocolatiest Paleo Brownies recipe to share. 🙂 It’s a recipe that I actually came up with while I was over here… well actually a recipe that I came up with during an impromptu visit to France… I’ll have to explain… 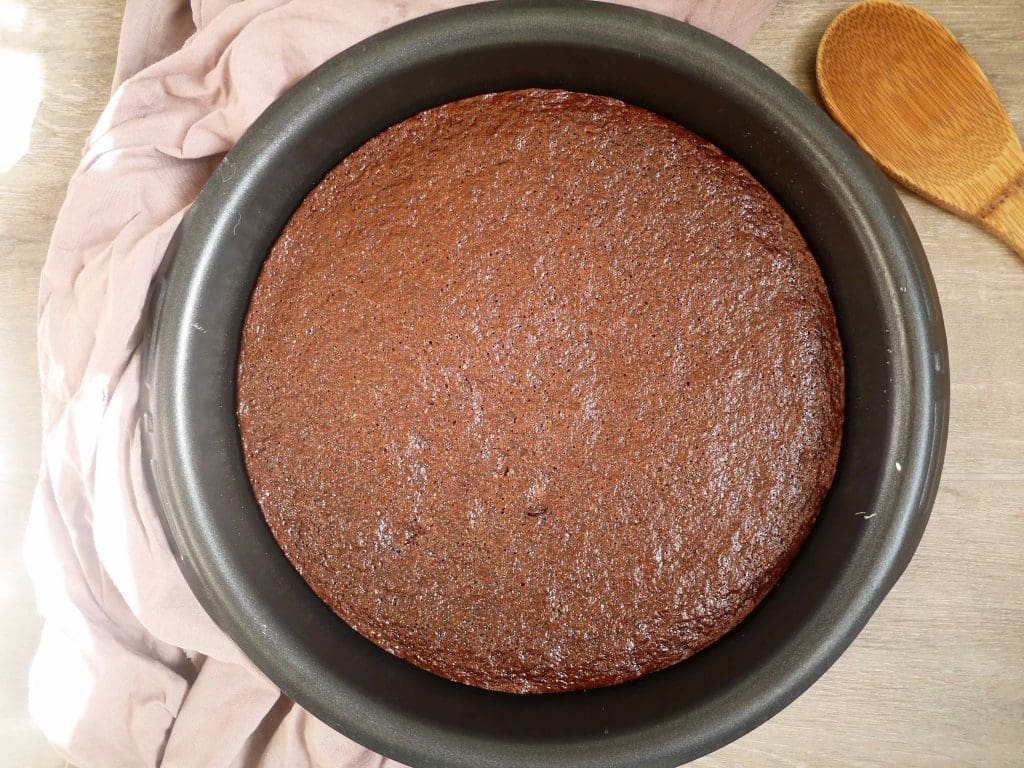 Let me start off by saying, moving can be tough! And this move has been a huge lesson for me on adapting to what life throws at you. Which quite honestly was much easier in my early twenties than in my early thirties! Haha

The start date to my new job was pushed back two weeks (and yes at this point, I had already moved to Ireland). So, I left my luggage at the B&B that I had been staying at and flew to France to stay with my sister.

I really don’t know what I would have done without the owners of the B&B that I was staying at (Avenue Guest House). They were so kind and helpful. I mean, there is no way that I could have dragged 4 huge pieces of luggage from Ireland to France and back.

Which is one of my first observations about being here: people are SO NICE. 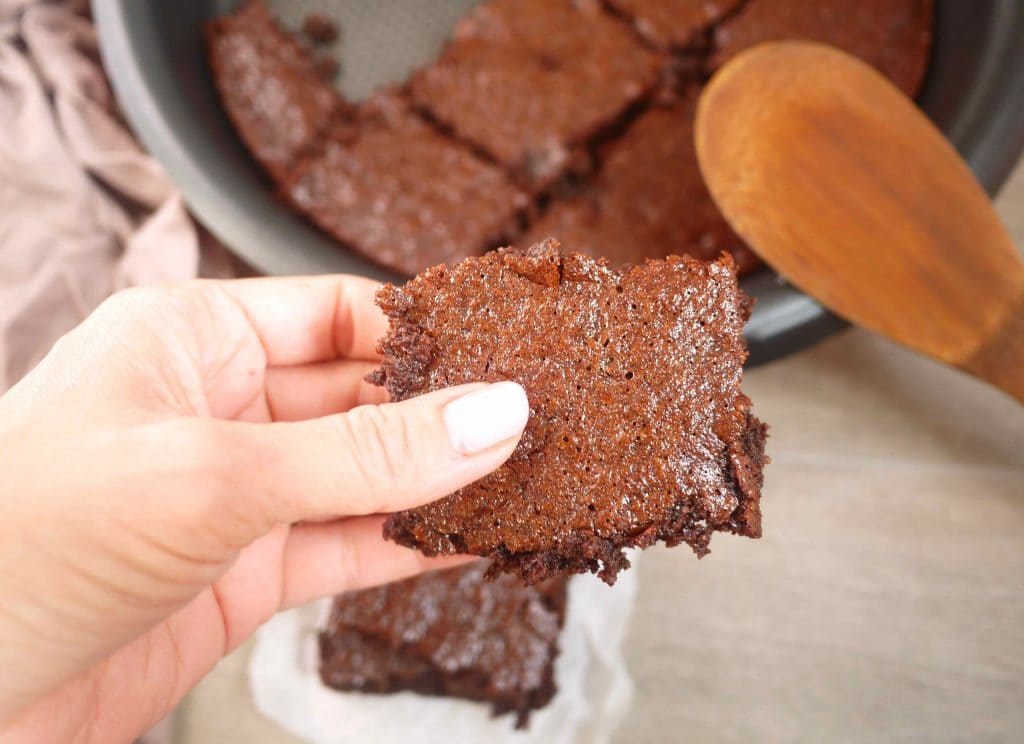 I could have stayed in Ireland until my job started, but going to France turned out to be a win-win-win. I really wanted to visit my sister, her husband, and my nephew, AND it was way cheaper to fly and stay with her, than to pay for accommodation for another 2 weeks.  AND it resulted in the creation of this recipe 🙂 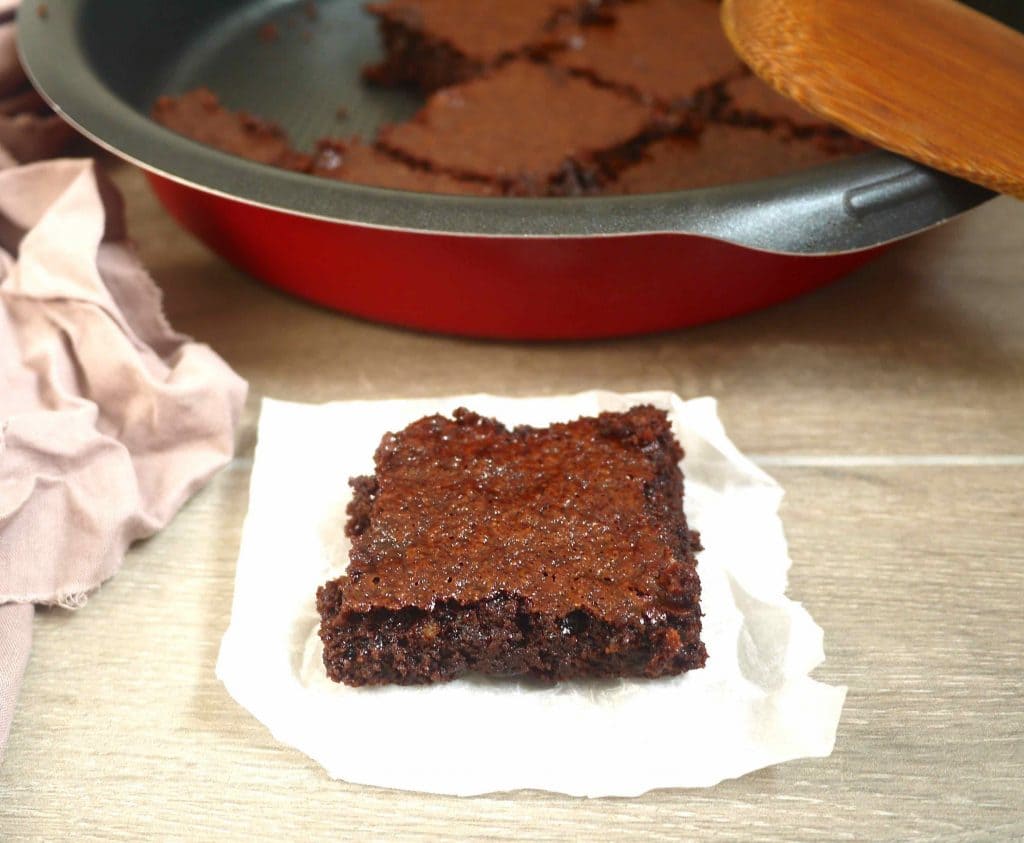 Why not just find an apartment right away, you ask? Well, that is because everyone and their mother was fighting for places to rent, and it was just a crazy apartment hunting madhouse…

I’m so glad I don’t have to keep looking! 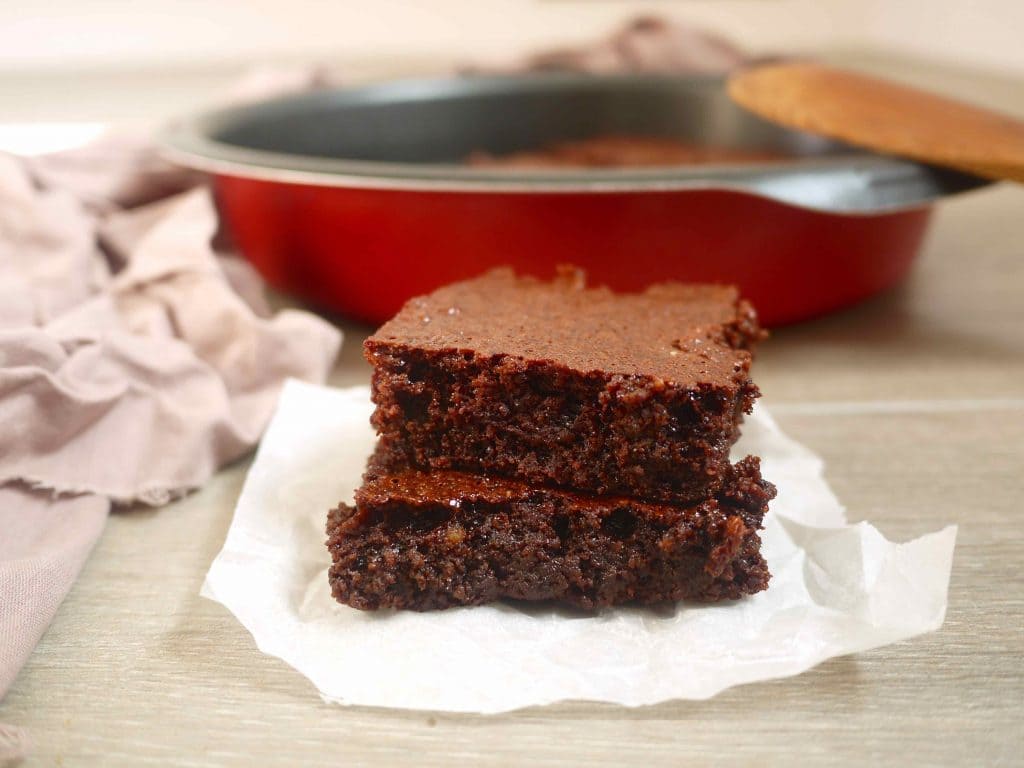 Anyways, while I was visiting my sister, we baked brownies like 3 times. We both really love dessert… which means that us being together can be dangerous!

Although I do have to say that half of the brownies were eaten by her husband. Haha

He kept joking that we would all gain 5 pounds during my visit… he may or may not have been right. 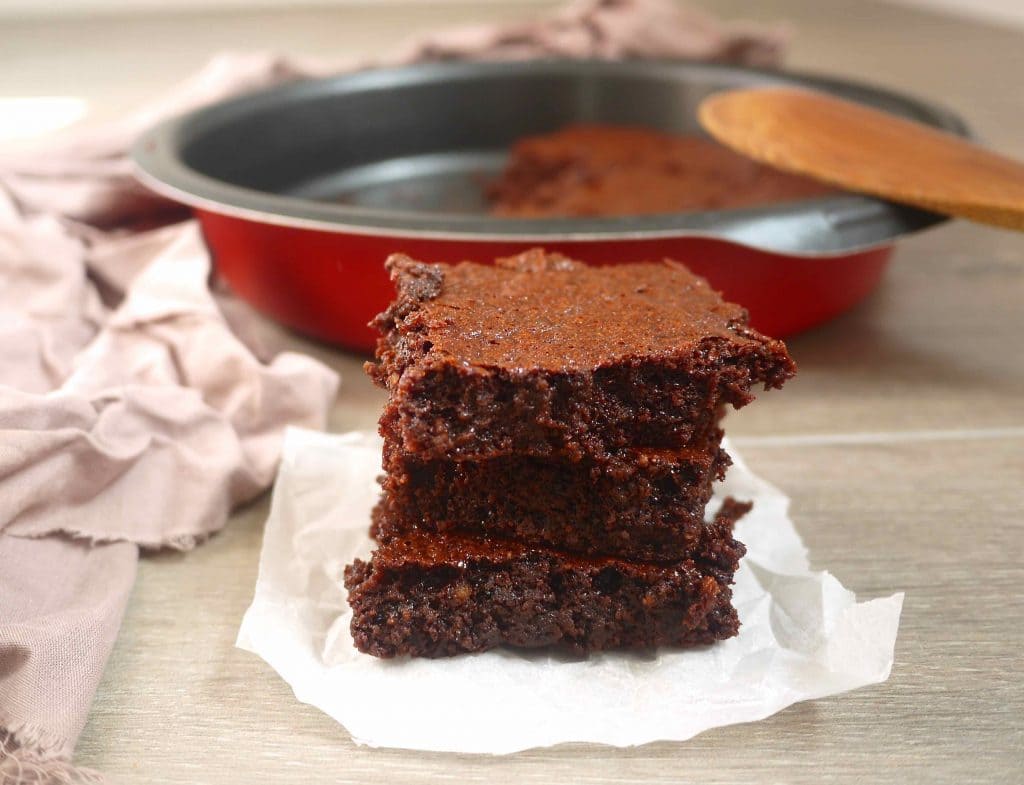 I actually never meant to create this recipe, buuuuttt while my sister was putting her baby down for a nap, I decided it was time to make brownies. I couldn’t find any cocoa powder in my sister’s kitchen but I didn’t want to interrupt her. And all I had was chocolate.

Sooo I looked up recipes for brownies made out of only melted chocolate and found this one. The recipe turned out so fantastically (I mean best non-box brownies ever! ), that I immediately decided to make a Paleo, GF, unprocessed version, and a few days later the result was this Chocolatiest Paleo Brownies recipe. 🙂

A fudgy, cakey, delectably rich recipe that is just too good to be Paleo. 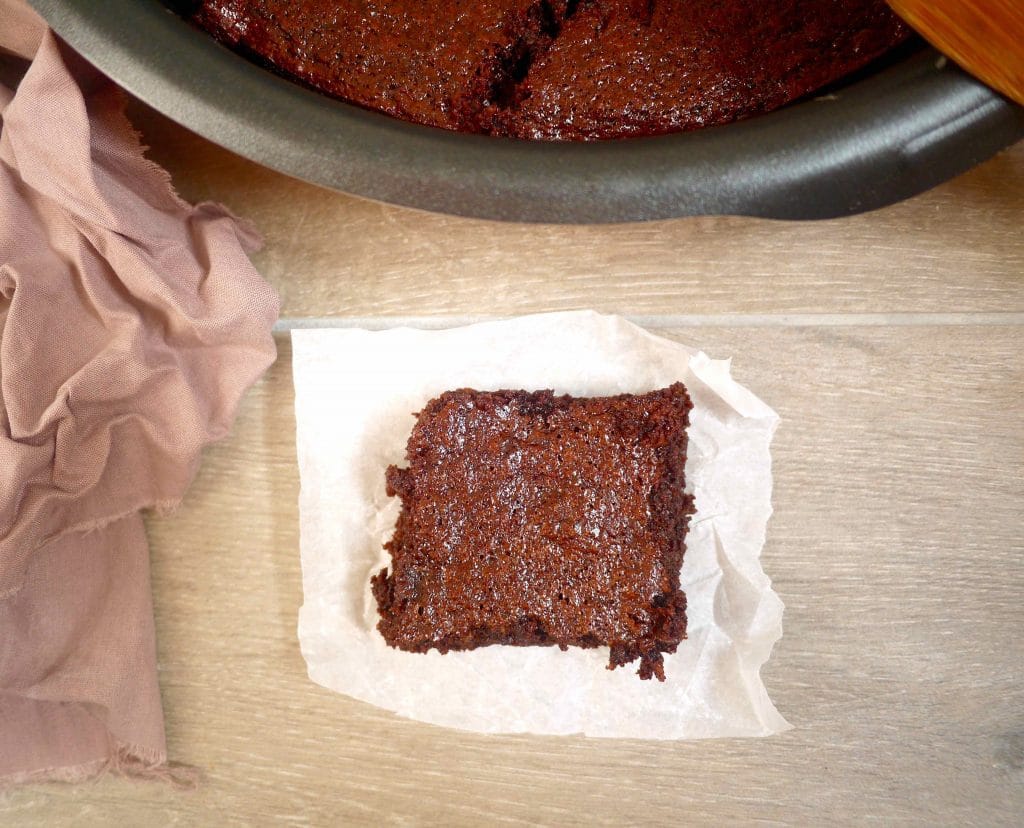 We ate them with some speculoos & caramel ice-cream (which is so not paleo, but which is sooo unbelievably good). Seriously, if you manage to get your hands on some (Haagen Dazs brand), I highly suggest trying it.

With or without ice-cream though, this recipe is delicious. Its different from my other brownie recipes on here, but lets face it, you can never have too many brownie recipes, especially healthier ones. 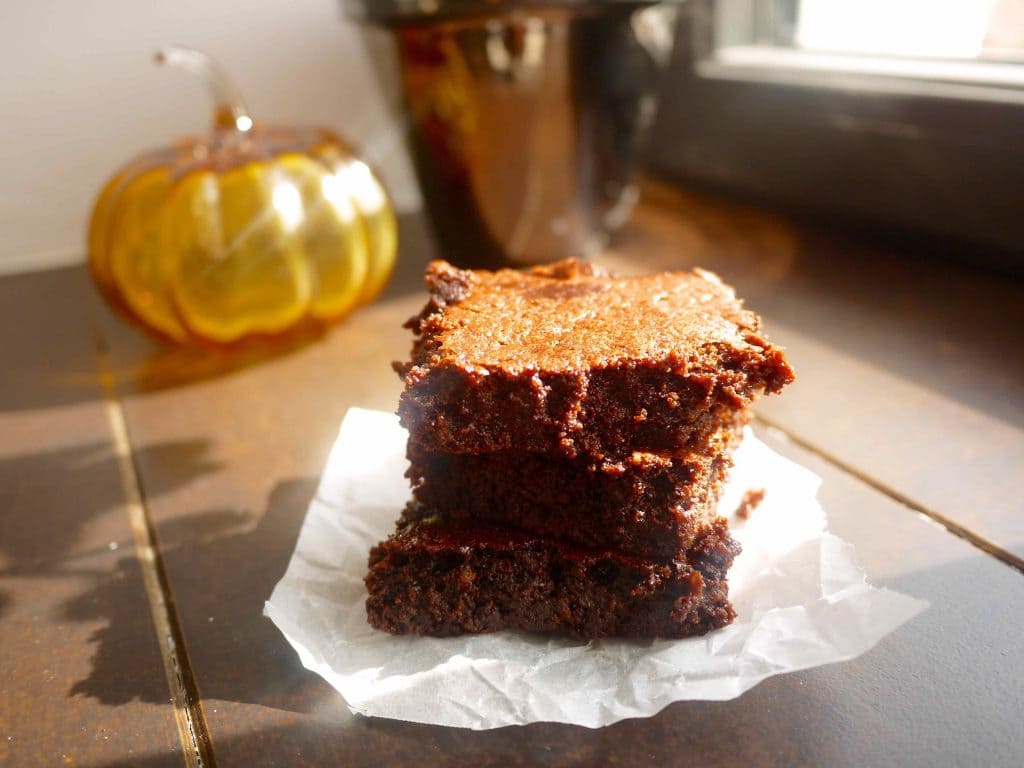 I hope everyone has a great Halloween! 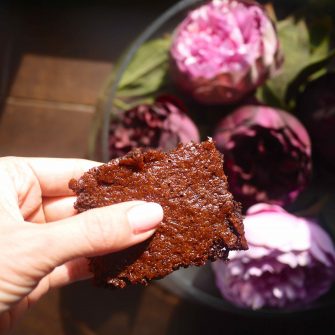