I realized that I had not eaten red meat in a little while and so I tried to think of the best way that I could deliciously add some into my diet. My usual go-to for this is meat sauce. But, I was in the mood for ratatouille… which is all vegetables. 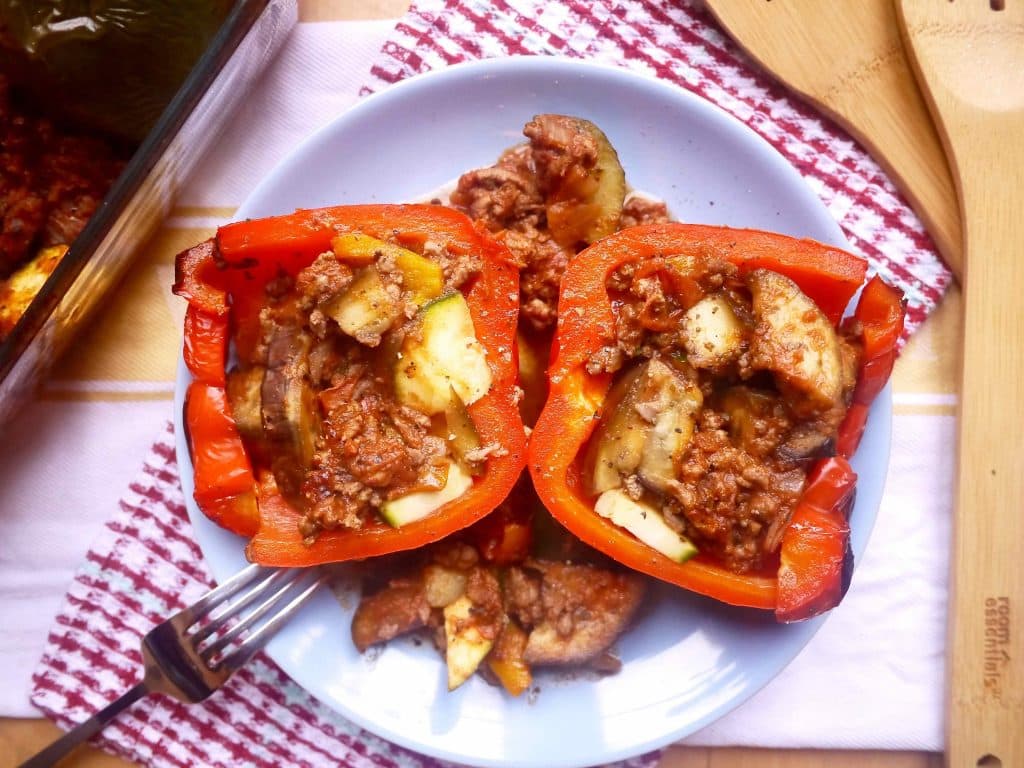 Using meat sauce ratatouille for stuffed peppers is a great thing, let me tell you! The peppers enhance the ratatouille flavor all around, resulting in a hearty, healthy, overall delicious meal.
To start, you’ll have to cut one eggplant into small pieces, salt them, and set them aside in a colander.

Then, cook the onions and bell peppers in a large pan until soft… and add some cherry tomatoes in for good measure.  🙂 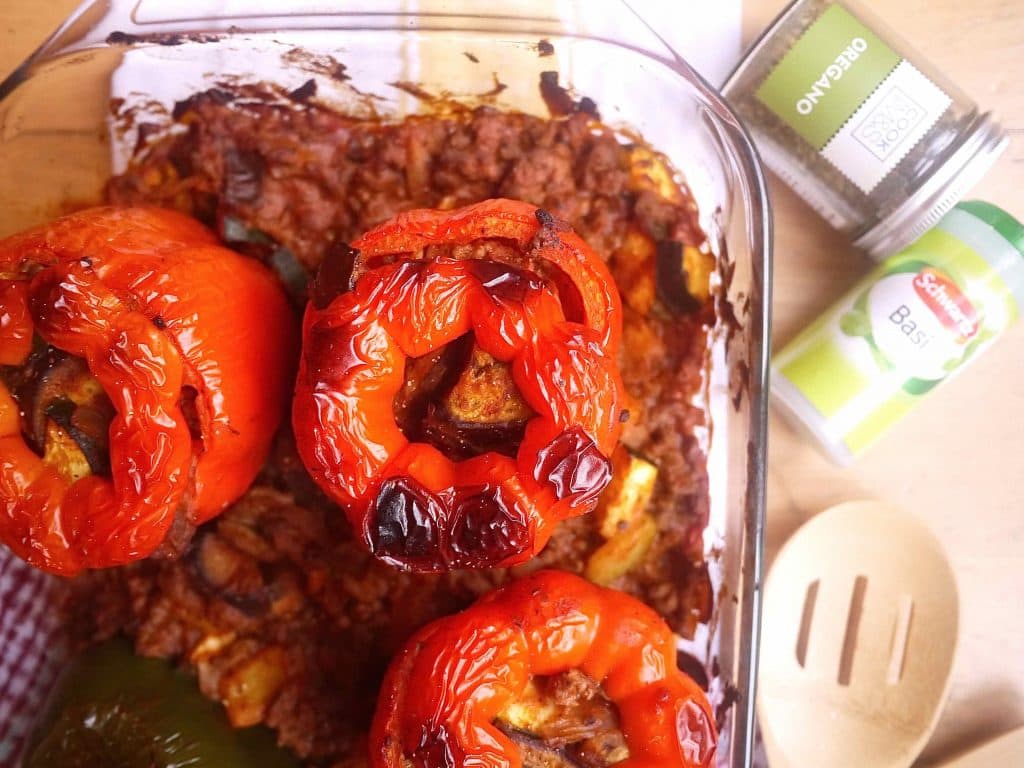 Next, you’ll have to add the ground beef to the pan and season it with salt, pepper, oregano and basil. And add some tomato paste in once the meat is browned.It will be smelling so good at this point!
Then add the eggplant, zucchini, and crushed tomatoes to the pan and let everything cook until the eggplant is soft.

Once the meat sauce ratatouille is done, take a bite of it… it is just delicious! I have to remember to make this on it’s own one day soon. Such great flavor! Why make meat sauce without veggies?? 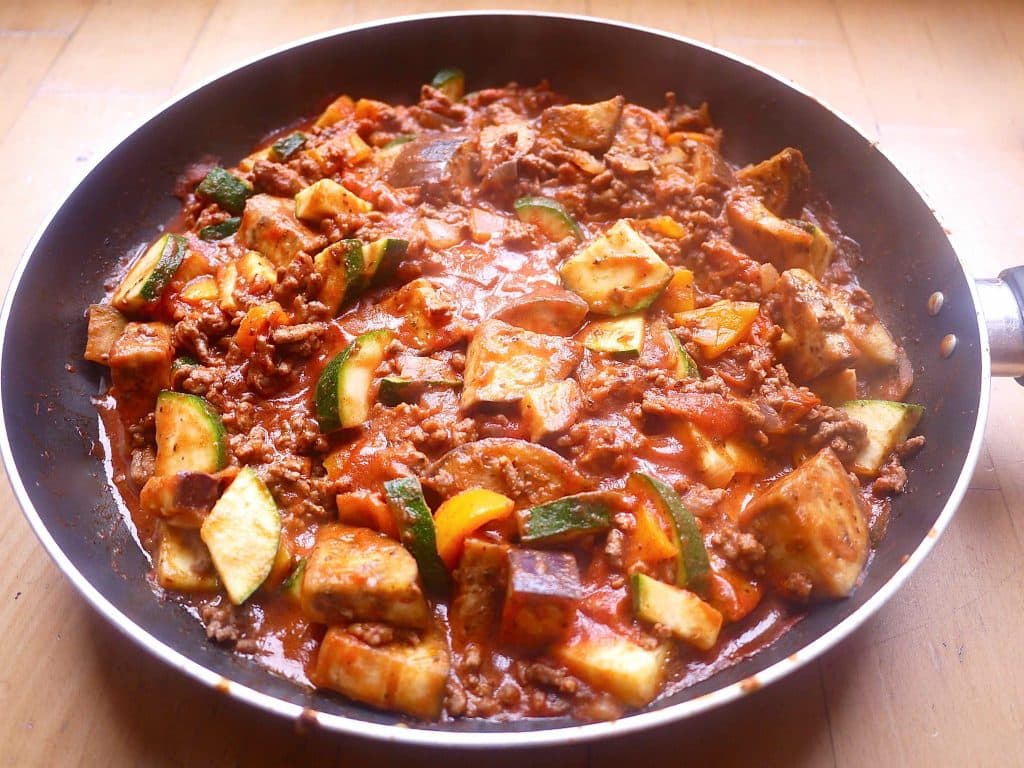 The last step is to stuff the peppers! So you’ll have to cut the tops off of each bell pepper, remove the seeds inside, and stuff it with about ½ cup of the meat sauce ratatouille.

You’ll have remaining meat sauce at this point, so you can just fill the pan with the rest, making sure all the bell peppers are surrounded. You’ll want the extra sauce, trust me! 🙂

Cook these bad boys for 40 minutes at 400 degrees…top with a little bit of honey and salt ( I always top my stuffed peppers with honey and salt… if you haven’t tried it, please do!), and enjoy! 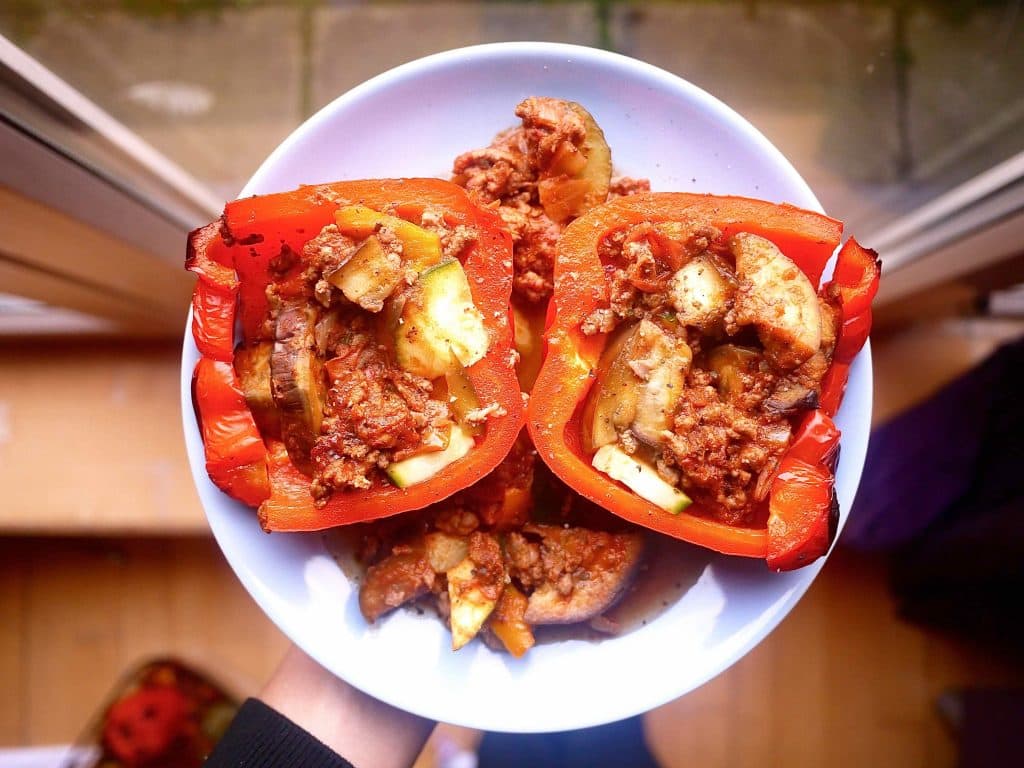 These were just what the doctor ordered. 🙂 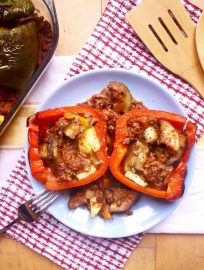