Happy 1st day of Spring! As a Florida native, I never noticed Spring as a season, because we didn’t really have seasons haha, but now that I am living in New Jersey, I am SO excited for Spring.

So excited, actually, that I made these Paleo Cinnamon, Berry, and Chia Seed Muffins. They are light, fluffy, grain-free cinnamon muffins that are bursting with mashed berry flavors and topped with a delicious chia seed and cinnamon crust. Now these need to be on your Spring breakfast menu! 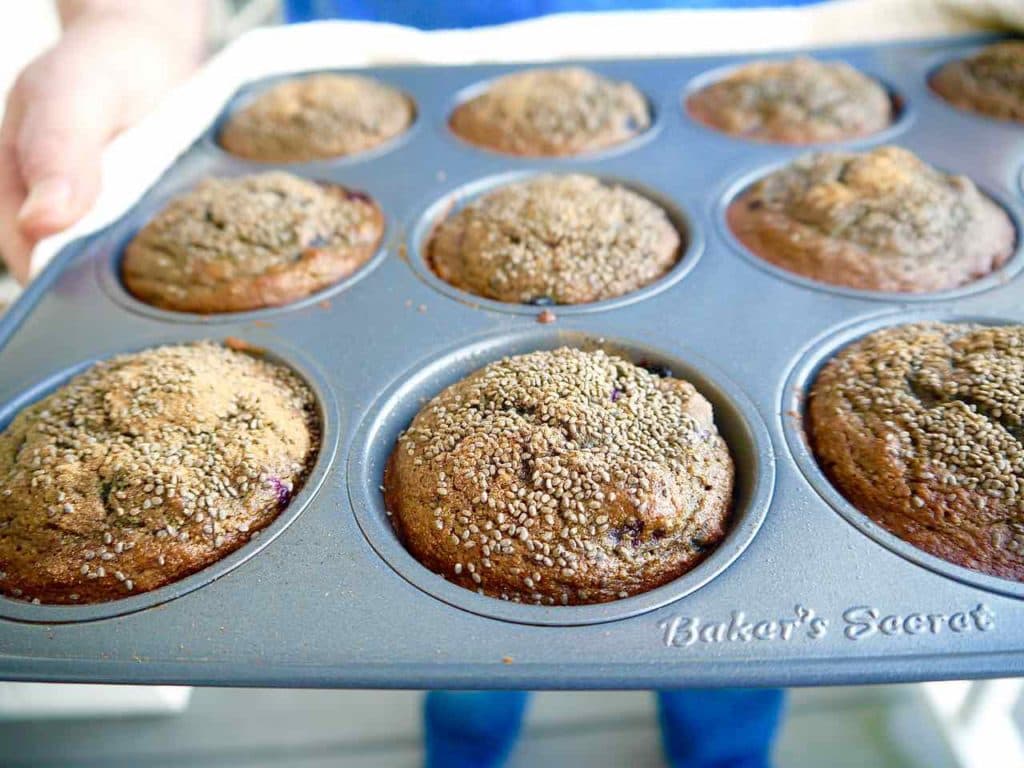 Speaking of Spring, the first time that I really noticed Spring, was last year when I was living in Northern Ireland. I lived next to Ormeau Park and would frequently take walks through the park to smell the trees.

Then one day, out of nowhere, there were hundreds of yellow daffodils in the park. The color was so bright against the green grass and brown trees that my heart felt like it could burst from the beauty of it.

I honestly feel like I’m meant to live near a forest because for me, bright colors and flowers, and the natural beauty of nature are guaranteed pick-me-ups. 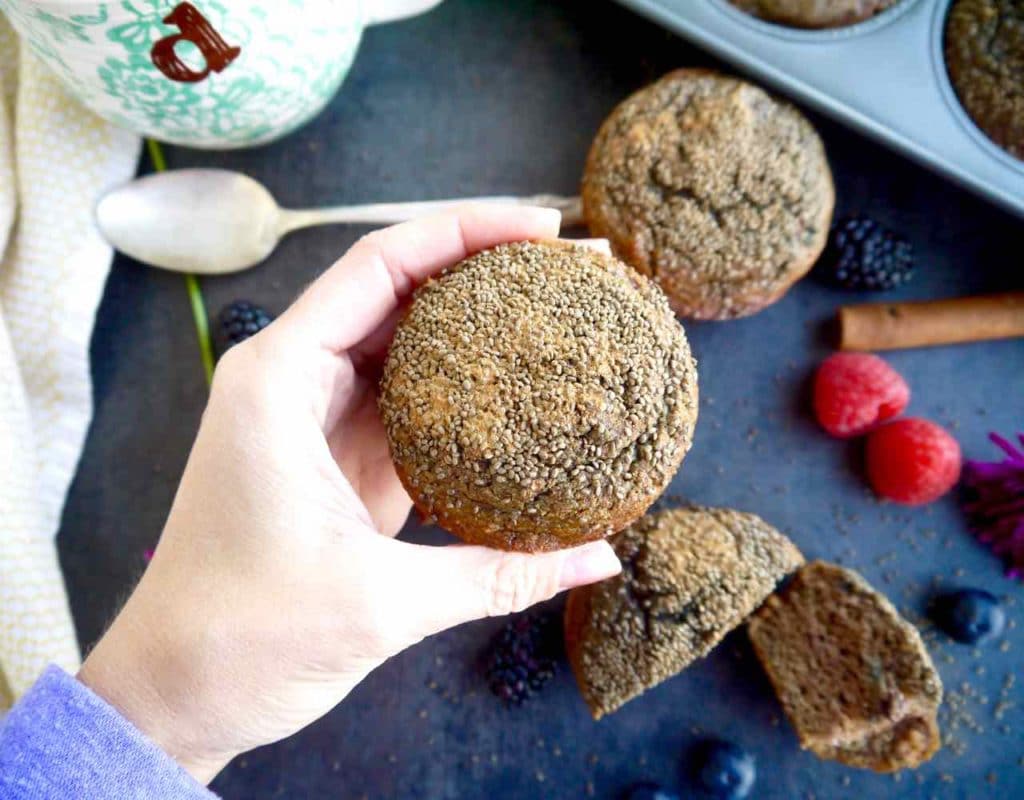 Anyways, as the days have gotten brighter, I’ve even noticed myself naturally gravitating towards brighter, lighter foods, and daydreaming about morning breakfasts on the porch.

So I have kind of been baking a lot.

I wanted to make cinnamon berry scones, but this idea turned into these Paleo Cinnamon, Berry, and Chia Seed Muffins.

Sometimes I start making a recipe, and find that the whole process of baking and observing the results… since Paleo baking is a science…leads me in a totally different direction than anticipated.

In this case, it lead to these delicious cinnamon and berry filled muffins and I just love them so much. 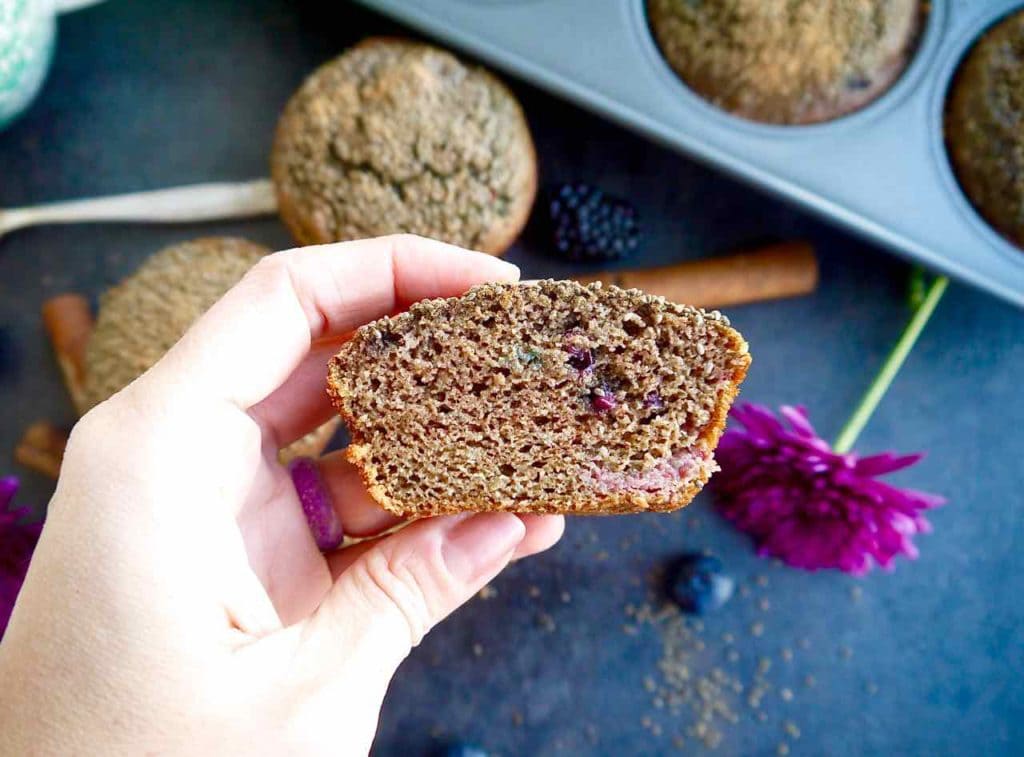 My husband and I ate 4 as soon as I made them. We weren’t even hungry, we just couldn’t help it.

Note: I didn’t use liners for these muffins, I just greased the tins with a coconut oil spray, which has been the best invention ever. And they pop out really easily this way. Just use a knife to push down on the edges and they pop right out!

I haven’t tried this recipe with liners, but if you are going to use them, I suggest spraying them with an oil to make sure they peel off easily. 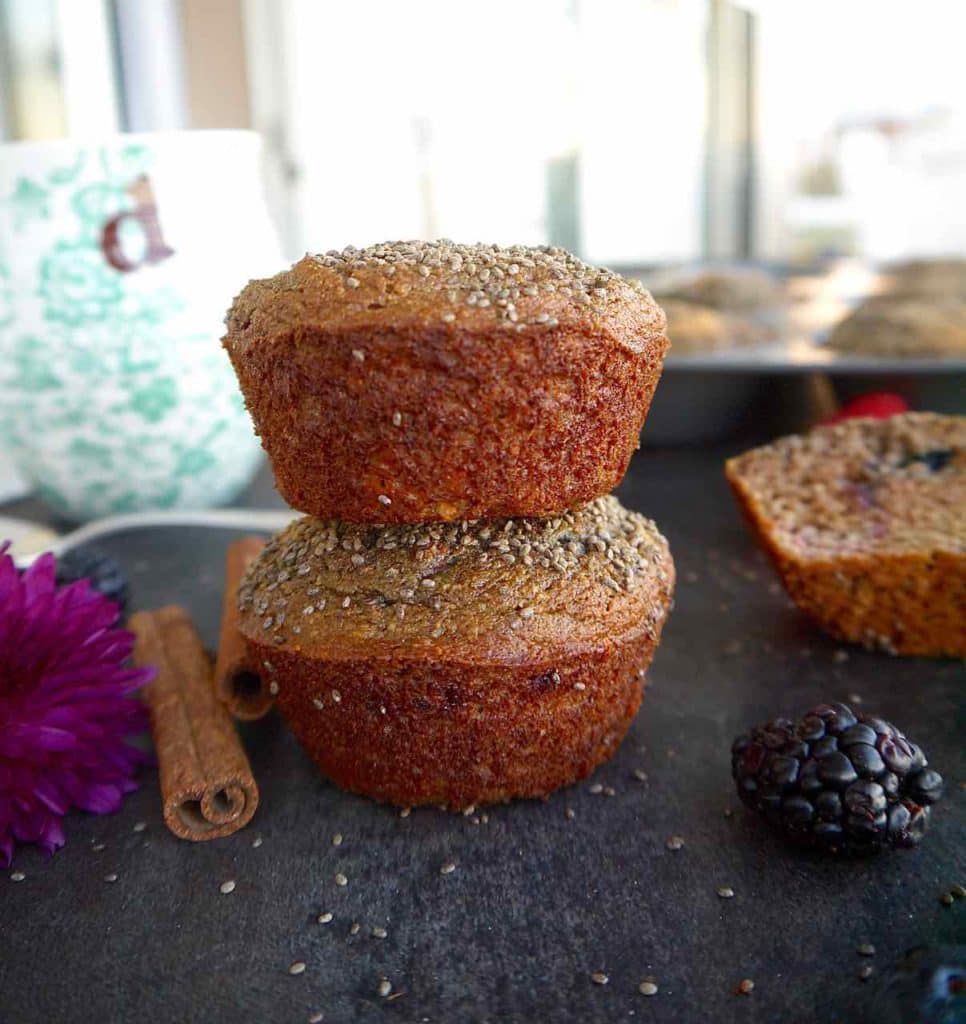 These muffins are super light because of the tapioca flour.

I’ve been loving baking with tapioca flour lately… because of how much it lightens up baked goods in a way that almond flour and coconut flour can’t on their own.

I now have a big stock of it in my kitchen, which is why so many of my recent recipes have tapioca flour in them.

I’m thinking these Paleo Cinnamon, Berry, and Chia Seed Muffins would be wonderful any day of Spring, or even for Easter. 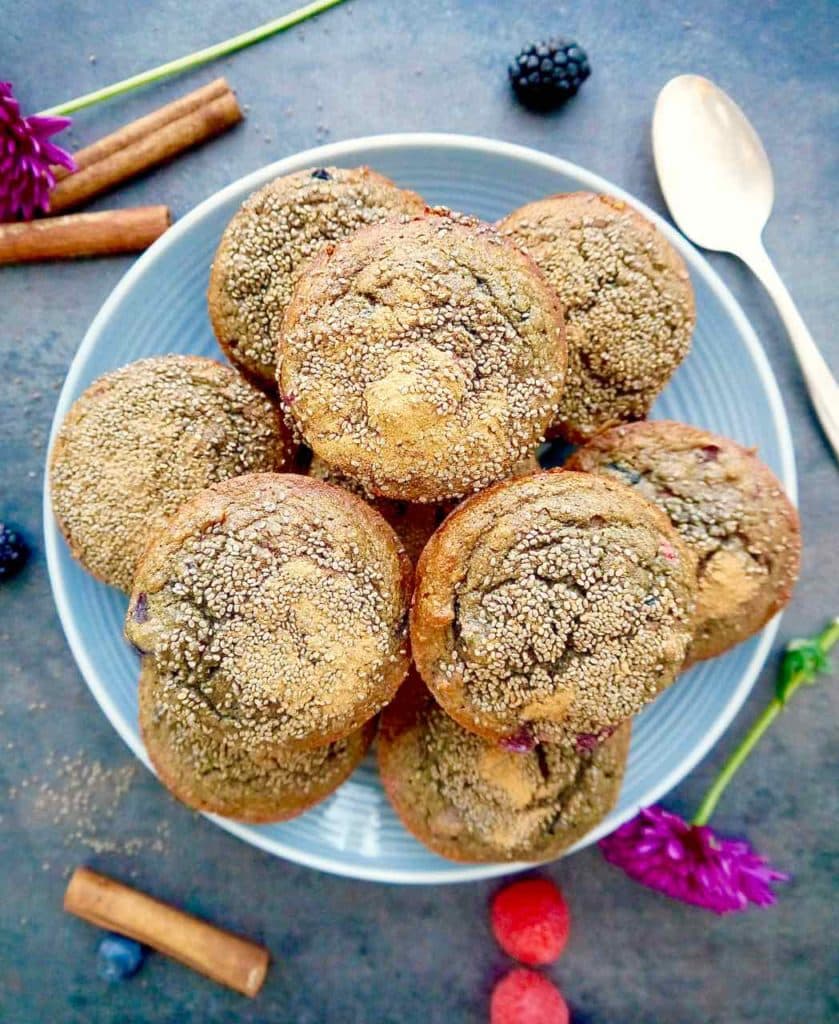 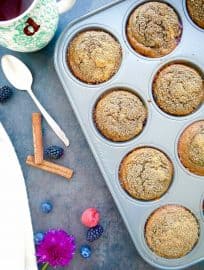