I did not know what to call this chocolate banana bread deliciousness. At it’s base, it is a banana bread. BUT it tastes more like a brownie/ chocolate cake hybrid. And I’m in love with it.

This Paleo Brownie Banana Bread Cake is a grain-free, dairy-free, gluten-free decadent chocolate banana bread made with a mixture of almond flour, coconut flour, and chestnut flour, and flavored with coconut sugar, unsweetened cocoa powder, apple sauce, and bananas. It is glorious. 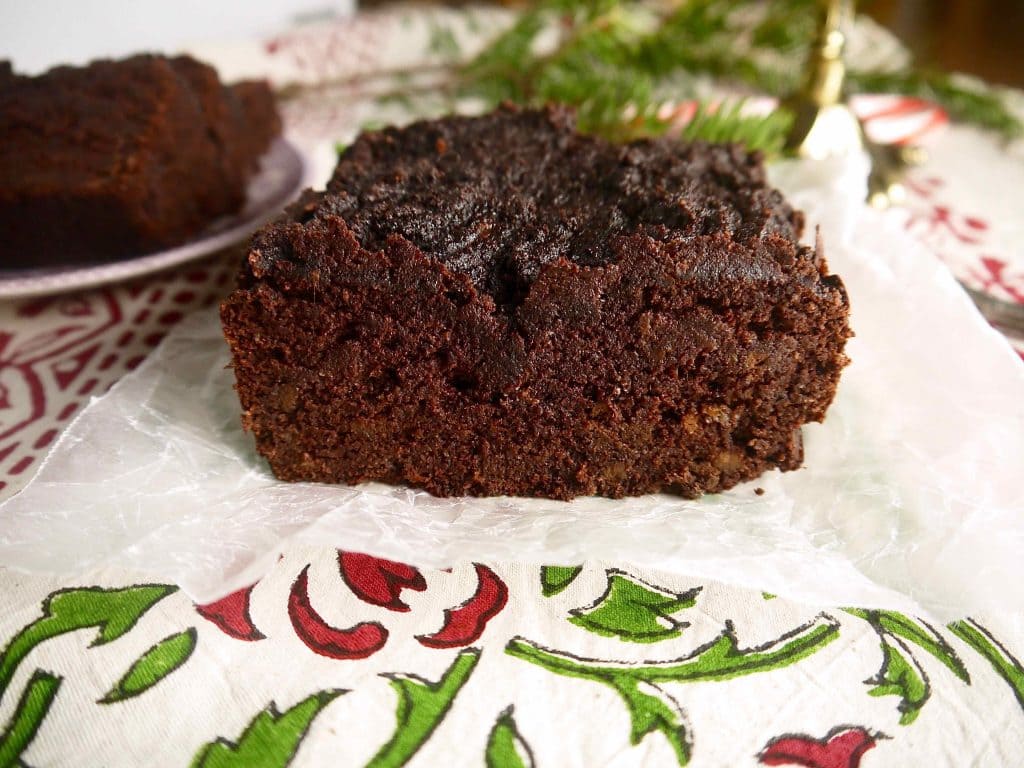 I originally had set out to make my Chocolate Chip Banana Bread recipe because my husband and I love it. But then I got distracted…

And then I added coconut sugar because I had never used it before (I know, shocking), and I had just bought some. It was for scientific experimentation purposes. 🙂

And my sister sent me some unsweetened cocoa powder from France, so I had to add that too. 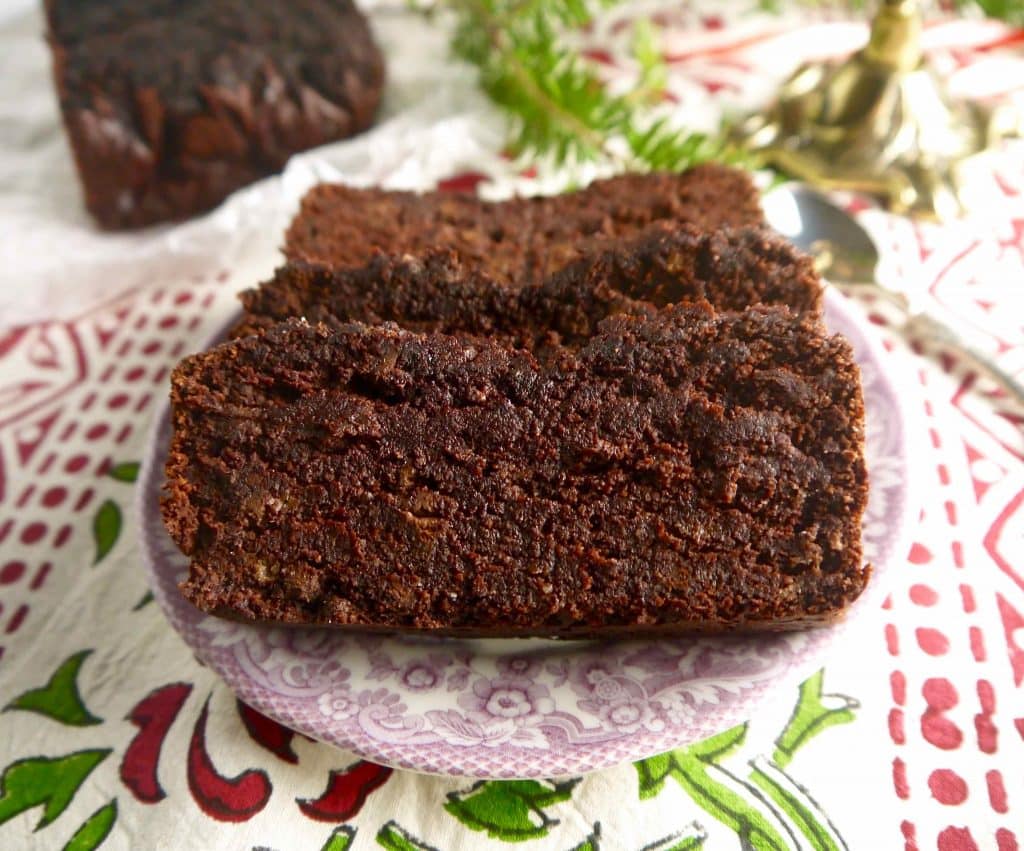 And before I knew it, I had made this brownie cake creature, which I hoped would be as delicious as my taste bud dreams desired.

(So I took notes of all of the proportions, just in case).

I put the batter into a loaf tin, and then I put the tin into the oven and waited. 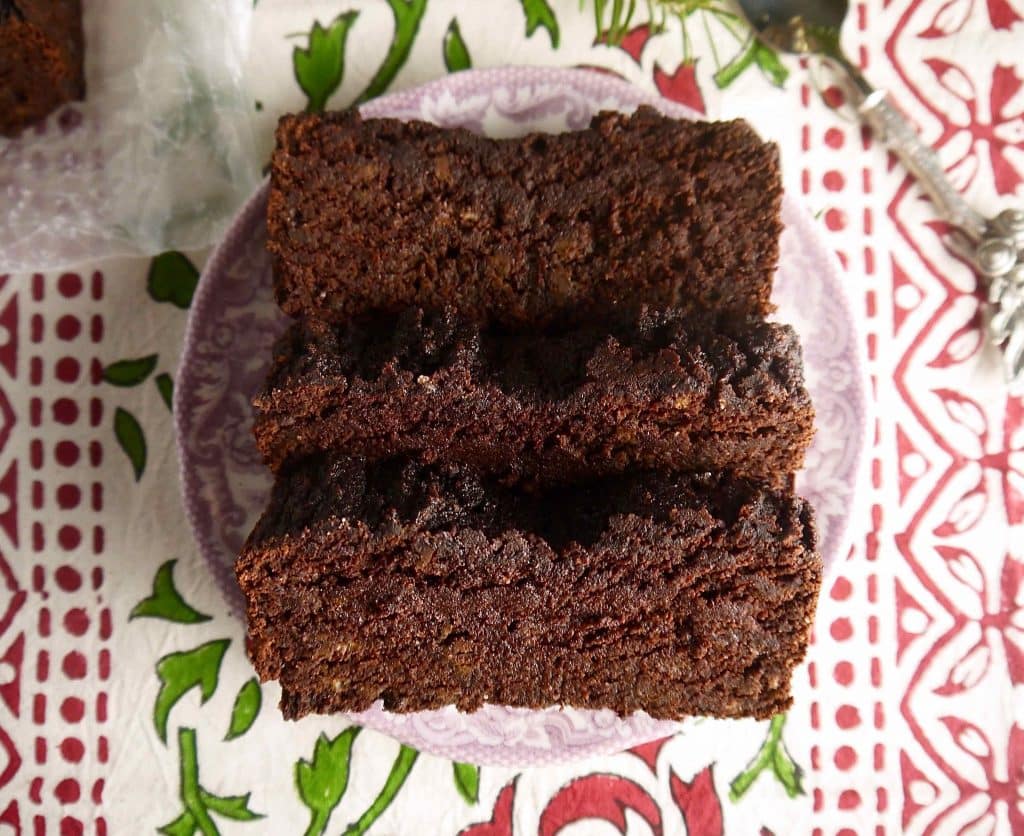 It was not ready after 40 minutes of baking, as I anticipated. But it was ready after 50 minutes, and I could not get over the beautiful brown hue of this Paleo Brownie Banana Bread Cake!

I prepared some tea, and cut two slices of it to taste. I did not tell my husband that I ended up straying from my original plan to make Chocolate Chip Banana Bread.

At first he did not notice that the plate I handed him did not have said Chocolate Chip Banana Bread ( I’m not sure how haha), but then he tasted it. And he nearly shouted to find out what I had made because he said it tasted like a “warm brownie cake” and was incredibly delicious. 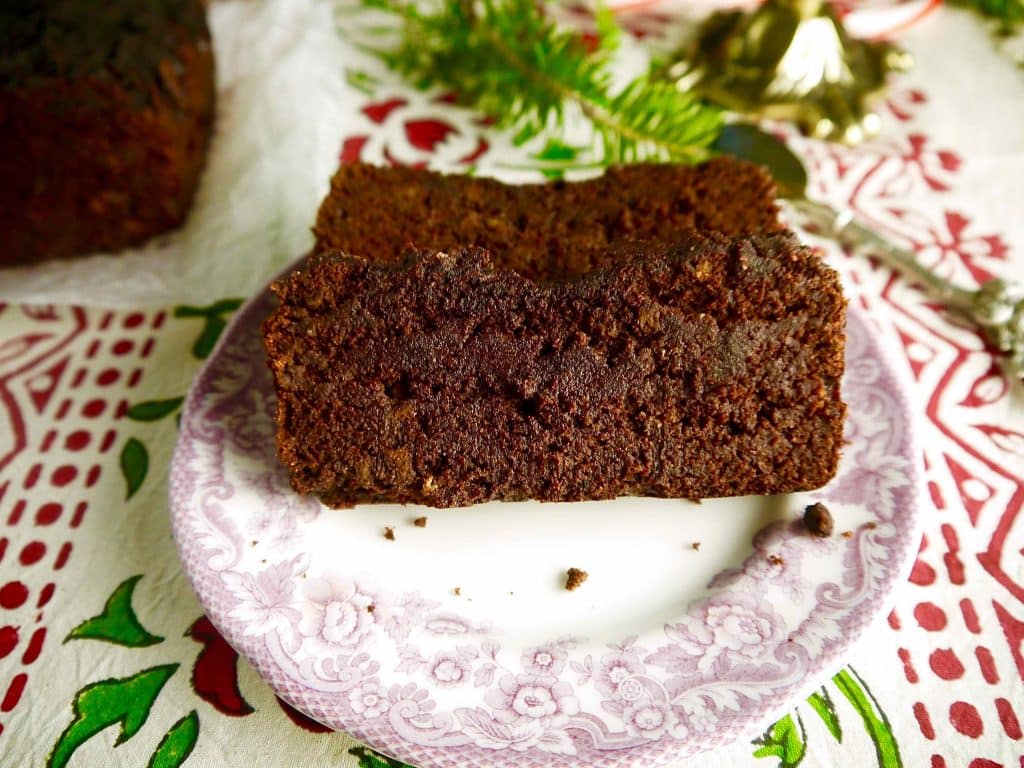 Now I know you may not have all of these ingredients on hand. But I highly suggest that you buy chestnut flour. It is my new favorite Paleo baking flour…. I recently made the best coffee cake of my life with it.

As for the rest of the ingredients, you will probably need those for most Paleo, grain-free, GF baking, which can be, and usually is, just as delicious as non-Paleo baking. Plus, Paleo baking is just easier for the body to digest, and with less chemicals. 🙂 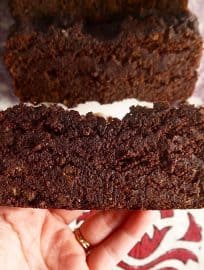 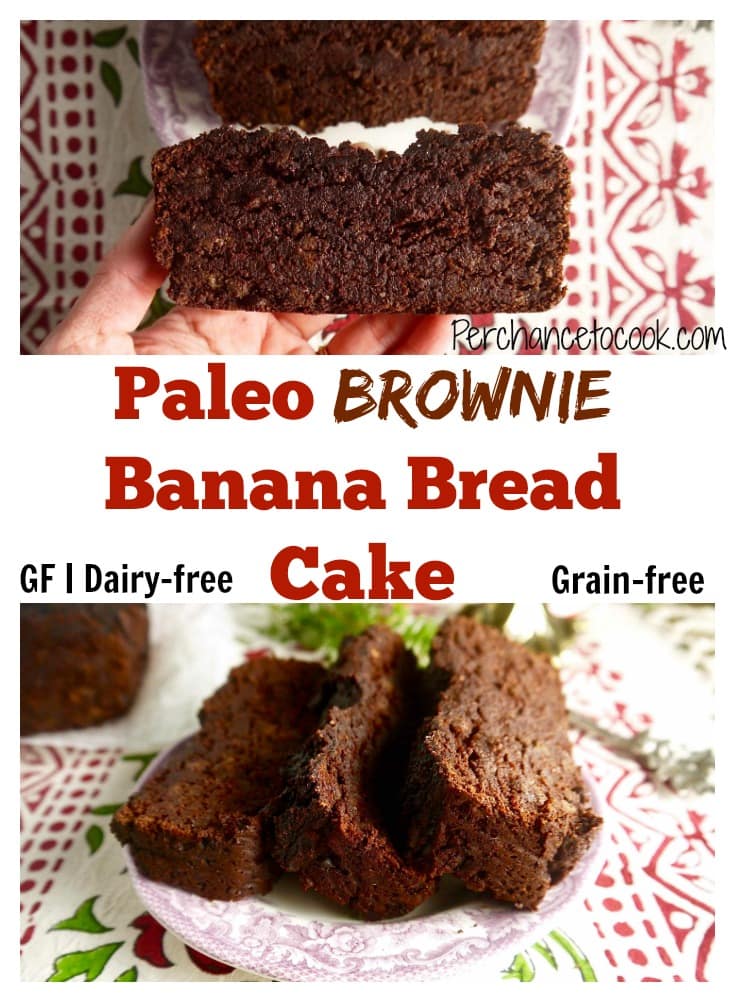