When I was in Sweden, I had some of the best fruit, cinnamon, and oatmeal “crumbles”. Prior to going, I did some research and read about how there is something like a tea-time or coffee break there. I thus went out searching for places where I could take part in this coffee break and found myself staring in awe at beautiful cakes and desserts. I ordered many a crumble there because I love them so much.

I had not tried to eat a crumble since I started eating Paleo three months ago because I thought that the dish required oatmeal. I was itching for that cinnamony, crumbly, fruity dish, so I decided to attempt an oatmeal-free version. It turned out great; no oatmeal necessary! This Apple-Pear Cinnamon Crumble was so delicious, that I could not stop eating it!! 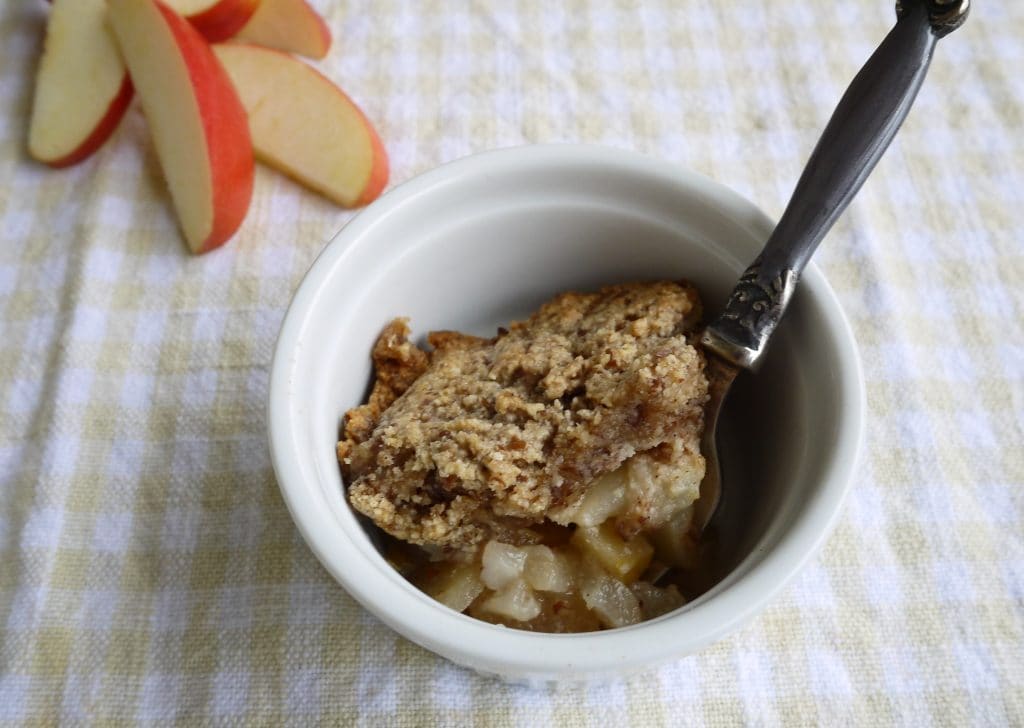 I’m serious! It satisfied my crumble craving and reminded me of some of the crumble-like desserts that I had in Stockholm.

In the end, the main difference for me between this and non-paleo crumbles was not the oatmeal, it was the butter.

This recipe has the richness and comfort-food feeling of a crumble without the butter.

Butter tends to make me feel sick, so it was a real treat being able to eat a satisfying cinnamony nutmegy crumble without butter. 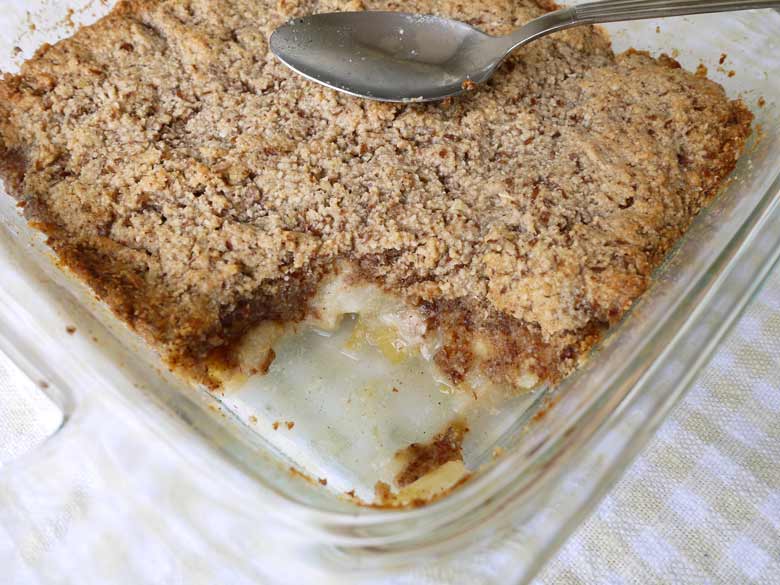 This Apple-Pear Cinnamon Crumble is super easy to make, which is great considering how fast it can be eaten!

I had some extra Paleo whipped cream laying around and could not resist putting a spoonful, or two, on top. 🙂 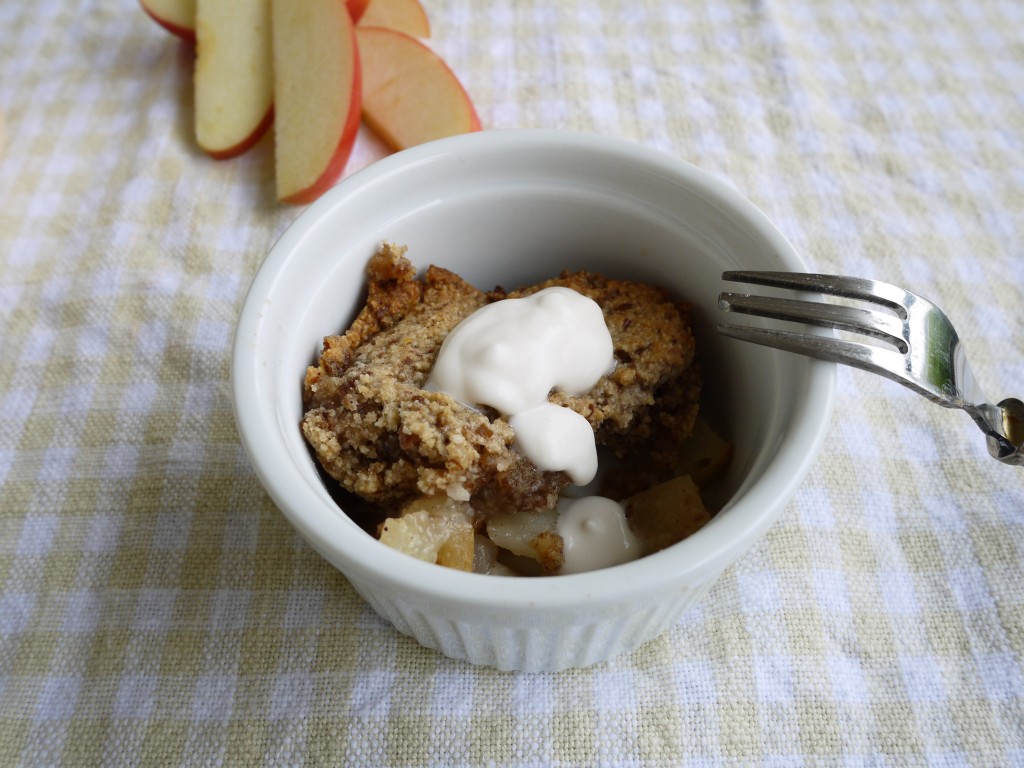 My favorite part of this recipe is how the crust is firm on top and yet soft in the middle, like a soft cinnamon cookie. So delicious! It was even delicious the next day re-heated it in the microwave.

So many fruit combinations are possible here. You can make this with only apples or only pears…. or even with blueberries or mixed berries.

I can’t wait to try this with so many other fruits! I’ll let you know which ones turn out the best as I make them. 🙂 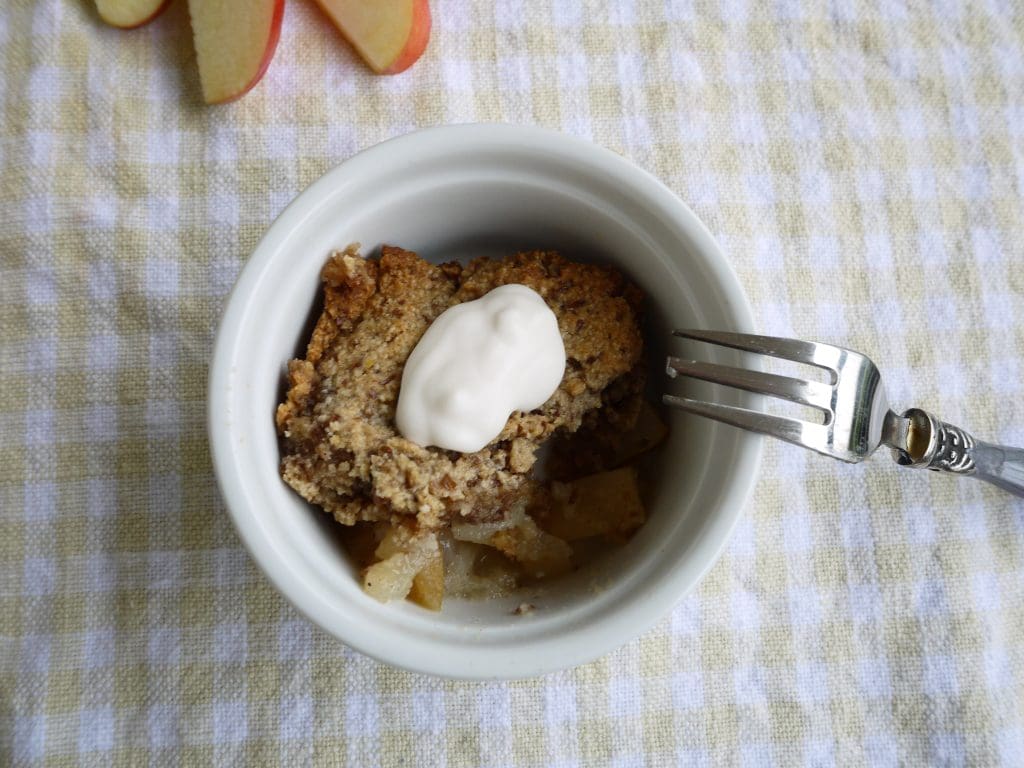 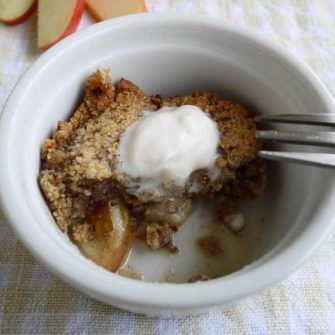